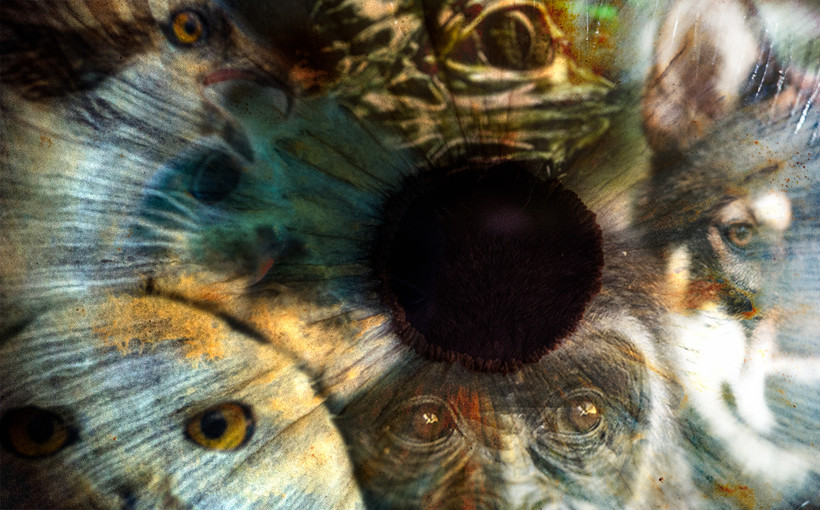 Have You Ever Experienced Unexpectedly Locking Eyes With A Wild Creature?
By Anne Strainchamps
Share:

We make eye contact with other people all the time, but rarely with other species. And yet we’re surrounded by them every day. Squirrels and pigeons share our sidewalks and park benches. Crows pick through our trash, rabbits munch on our lawns. They watch us; we ignore them. What would change if we actually met their eyes?

You might be surprised — eye-to-eye contact between humans and other animals can have a profound influence. Many wildlife and animal advocates trace the origin of their life's work back to a moment of eye contact or shared gaze with another animal. Philosopher and conservationist Bron Taylor calls these "eye-to-eye epiphanies."

"They’re moments of inter-species empathy and recognition that go beyond words," Taylor writes in his book.

Some have had a lasting impact. Wildlife ecologist Aldo Leopold’s encounter with the "fierce green fire" in the eyes of a dying wolf is a foundational story in the science of ecology — the story he used to frame his "land ethic," which in turn reshaped American wildlife management.

Primatologist Jane Goodall had a similarly transformative experience when she was just beginning her pioneering field studies of chimpanzees in what is now Gombe National Park in Tanzania. She tells a story of sitting in the forest with David Greybeard, the first chimp to lose his fear of her. A piece of fruit had fallen from a nearby tree, and she offered it to him.

"He looked directly in my eyes, took the fruit, dropped it (he really didn’t want it) and gently squeezed my hand," she said, speaking to Steve Paulson of  "To the Best of Our Knowledge" in 2011. "In that moment, we communicated in a way that seems to predate words, perhaps in a way that was used by our own common ancestor millions of years ago. It was an extraordinary feeling, bridging these two worlds." And also, she said, "very close to a mystical experience."

What makes these experiences so powerful?

"Looking into another creature’s eyes can feel like a moral awakening," environmental writer Gavin Van Horn told TTBOOK. "It can reorient a person’s perspective."

Van Horn, who has a forthcoming book on kinship with the more-than-human world, believes the experience shakes people out of what he calls "our deep-seated human exceptionalism." People shift from thinking of humans as the center of the universe, he said, "and shift to a more bio- or eco-centric view of the world."

The eco-warrior Paul Watson traces his radical environmentalism to an eye-to-eye encounter with a dying whale.

It was June 1975. Watson was working with Greenpeace when they discovered a Russian whaling fleet chasing a pod of sperm whales off the coast of California. He and another activist tried to block the Soviet harpoon vessel by putting themselves between it and the whales. The harpooner fired anyway. Watson recalls sitting in a small Zodiac inflatable, looking up into the eye of a dying whale.

From his new perspective, Watson decided he was willing to break human laws if he considered them illegitimate. He founded the eco-vigilante Sea Shepherd Society and has spent 40 years at sea, combating whalers and poachers by scuttling, ramming and boarding their ships. His tactics have landed him on Interpol watch lists, but also made him a hero to some — he’s the subject of Lesley Chilcott’s new documentary, "Watson."

There are less dramatic versions of eye-to-eye epiphanies.

Van Horn has his own story of coming upon a pair of coyotes near Chicago’s North Shore embankment and feeling pinned by their gaze.

"I had the feeling of being watched, so I looked over my shoulder, and one of them was standing there, just staring at me," he said.

He described it as a moment of realization — a new awareness of how many animal eyes are watching us.

"We tend to walk through the world as if it’s scenery," Van Horn said, "But if you can, flip the switch in your head to realizing, no — this is all alive. We’re just one kind of animal, sharing a living planet with many, many others. And what does that demand of us?"