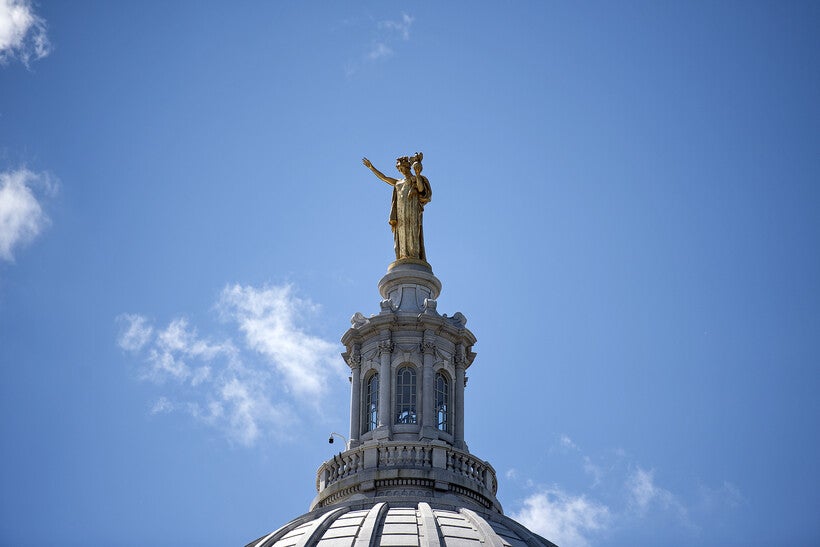 Testin is running for re-election after flipping the seat in 2016. The district covers most of central Wisconsin.

Both candidates claim their deep roots in Wisconsin make them strong contenders for the seat.

Piotrowski, a former Stevens Point police officer who still lives in the city, said he feels strongly about creating a coordinated COVID-19 relief plan with Gov. Tony Evers and criticized the state Legislature’s response to the pandemic. Testin promoted plans to prioritize coronavirus aid for struggling Wisconsin farmers and defended lawmakers’ quick response back in April. 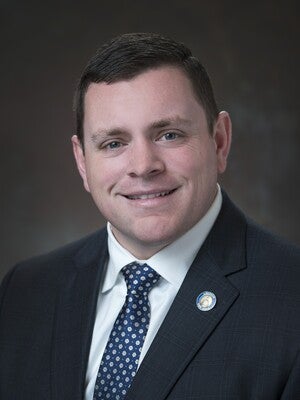 Shereen Siewert: How do you feel about the job the Legislature and Gov. Tony Evers have done and what changes, if any, would you like to see to the state's COVID-19 response?

Patrick Testin: COVID-19 has upended our way of life here in the state and country. I would say in the response to the actions taken by the Legislature, we moved as quickly as possible back in April to pass the COVID relief bill, which leveraged roughly $2 billion that came down from the CARES Act that essentially gave the governor's administration a lot of leeway to allocate resources to areas of the state and to help alleviate the most concerns.

I think moving forward as we take a look at the next steps: we certainly must be aware that we are doing everything that we can to help those individuals who are still dealing with unemployment backlog or those who haven't received paychecks going on 20 weeks now. We want to make sure that those individuals have the resources that they need to get back on their feet.

Paul Piotrowski: We need a coordinated plan, and we need the Legislature to work with the governor to come up with a plan. I was very disappointed the Legislature, instead of sitting down with the governor, sat by— and that the governor's "Safer at Home" order (was) thrown out by the state Supreme Court without a substitute. We've seen the effects of throwing the gates open. We have a huge spike in Wisconsin, and a number of people have gotten sick because of the lack of response.

We need a coordinated response on a statewide level, and the Legislature has not been willing to sit down with the governor to come up with one, which is unfortunate on behalf of everybody in the state of Wisconsin. 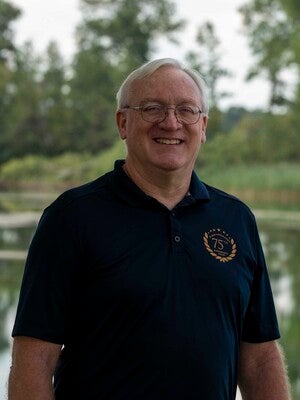 Democrat Paul Piotrowski is running for the 24th Senate District seat in the Nov. 3, 2020 election. Photo courtesy of Piotrowski campaign.

SS: The latest projections show Wisconsin’s revenue shortfall could have serious implications on areas like state aid for schools and for infrastructure. If elected, how do you propose to deal with those state budget shortfalls?

PT: It's certainly going to be a challenge.

We are going to have to make some very tough choices, but that's why it's equally as important that we revive our economy as safely and as quickly as possible so hopefully we can lessen that economic downturn. My hope is that we do whatever needs to be done to get our economy back up and running so hopefully the tough choices that we must make in the next session aren't as severe.

PP: I believe that the state Legislature and the state leaders need to push our federal representatives to come up with a federal plan to backstop state and local budgets at this point. Without that, we are going to be facing a critical budget shortfall and the investments that we need to make for the future are going to be difficult to make.

We need to prioritize what we want to invest in for the future, I believe education is one of those things. If we shortchange our children now, they are going to be paying for that for the rest of their lives. We need to push our federal government to come up with a plan to help state and local governments fund those critical and necessary services. Then, we need to prioritize those things that we view as long-term investments, and education and infrastructure are amongst those that are very important to the future of the state of Wisconsin.

SS: Small businesses and farmers have been especially hard hit by the pandemic and the economic downturn.  How can the state best help those struggling to recover at this time?

PT: Our agricultural industry has certainly had to weather some very turbulent times these last several years, and we have seen a record number of bankruptcies, especially with our small dairy farmers.

It's important to note the Evers administration leveraged money from the CARES Act that was used for direct cash payments for a number of farmers throughout the state. It provides a lifeline to keep them afloat to hopefully weather the storm. Moving forward, we need to continue to explore all options to open more markets and opportunities for our agricultural industry.

PP: Our legislators, the state leaders, and the (Wisconsin) Economic Development Corporation specifically need to sit down with small business owners and hear from them what they need to get through this very difficult time.

I encourage every person in Wisconsin to support their local businesses as much as possible through this period. It's going to be difficult on everybody. Everybody is having issues working full time and not getting the money that they normally would. But if you want to do the best for your community, make sure that you are supporting local businesses as much as possible.

SS: What are your top two priorities in representing the district in Madison?

PT: Right now, the top two priorities are obviously health care — the Senate Health and Human Services Committee are doing everything that we can to increase access to quality and affordable health care. And then, making sure we are supporting our farmers and that we continue to strike that balance between making sure we have a thriving agricultural community and making sure that we are being good stewards of our natural resources.

PP: First, health care. We have an issue with making sure that everybody can have access to affordable health care. Wisconsin’s Medicaid is amongst the lowest in the nation, which is part of the problem with rural health care providers. They lose money on Medicaid patients and a lot of rural medical providers have shrunk or gone out of business entirely, forcing rural people to travel longer distances.

Secondly, redistricting. We're going to be facing redistricting next year after the census and making sure that those districts are drawn in a matter that is fair and take into account the voters' wishes and not just politicians wishes on who's going to be voting for them.