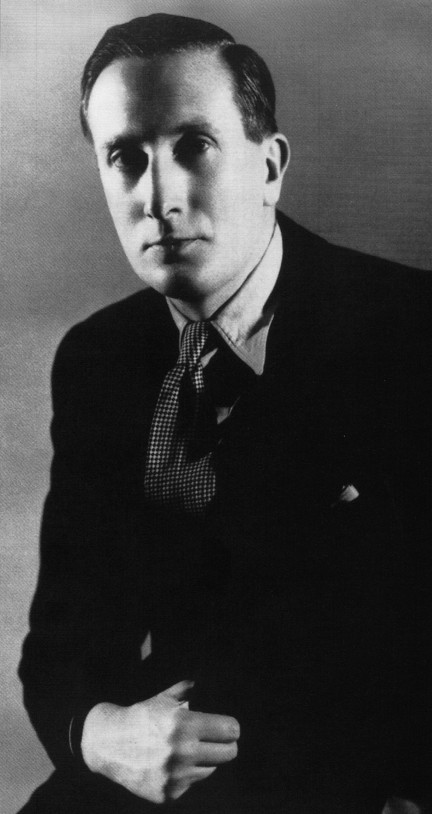 Although he had never conducted any of William Walton’s music, Thomas Beecham suggested that the young composer write a concerto for violist Lionel Tertis. Walton wrote the concerto and sent it to Tertis, who thought that Walton’s music was a little too farfetched, and turned it down.

A friend at the BBC suggested that Walton invite German composer Paul Hindemith to play the first performance of the concerto. With financial assistance from poet Siegfried Sassoon, the cash-strapped Walton went to Baden-Baden to issue the invitation personally. He was delighted when Hindemith agreed to play it as his solo debut in England, with Walton conducting, at a Queen’s Hall concert on October 3, 1929.

Hindemith’s friend and publisher, Willy Strecker, tried to derail the idea. He wrote to Hindemith’s wife, saying that Hindemith should hold out for an English debut in which he would appear as both a composer and a soloist, rather than playing the work of a mediocre English composer.

But Hindemith liked the concerto, which might have reminded him of his own Kammermusik No. 5 of two years before. He persisted in his plan to play it, even though his first rehearsal convinced him that the orchestra was bad because it consisted mostly of women–and English women at that.

“His technique was marvelous,” Walton said of Hindemith’s performance after the debut, “but he was rough–no nonsense about it. He just stood up and played.”

Among those most impressed by the debut was Lionel Tertis, who reversed his judgment and played the concerto several times during the next three years, most notably at an Edinburgh concert where the audience responded to it with such enthusiasm that conductor Adrian Boult suggested playing the concerto again during the second half of the program.

Equally impressed with Walton’s viola concerto was the distinguished musicologist Sir Donald Tovey, who gave it an assessment that would endure when he called it “one of the most important modern concertos for any instrument.”