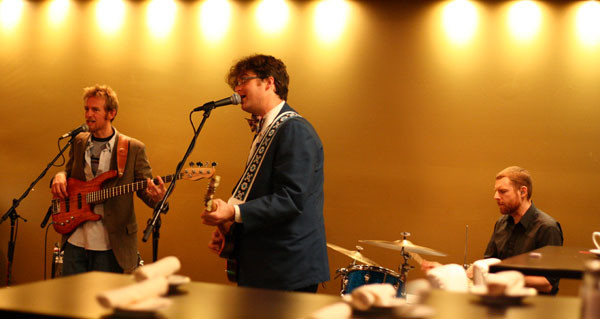 Sean Michael Dargan is a Wisconsin-based guitarist, singer and songwriter. He seamlessly shifts gears between easygoing sing-along songs to more country-influenced tracks, crossing genres from folk, to Celtic (especially when he brings in his “loud” bagpipes), as well as pop and rock. His tall, stylish and cheerful self passed by the WPR studios, performing lots of music and talking with Stephanie Elkins and Sheila Shigley on Simply Folk.

Snap Your Fingers & Stomp Your Feet by Sean Michael Dargan

Snap Your Fingers & Stomp Your Feet