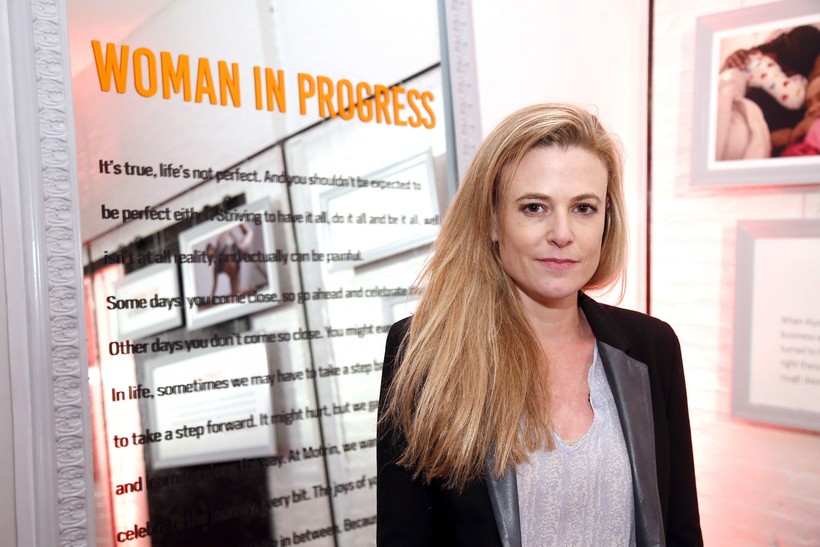 The Science Of Looking On The Bright Side

Years ago, after just earning her Ph.D. in psychology and neuroscience, she wanted to know how people remember traumatic events, so she studied the neural mechanisms that cause negative emotions. And then she learned something surprising: the same parts of the brain we use for memory, including the hippocampus, are also used to imagine the future.

"In fact, we have this system in the brain not in order to remember the past, but mostly to be able to imagine the future, in order to plan ahead," she told "To the Best of Our Knowledge."

Sharot discovered that most people don’t want to think about bad things that could happen to them. They would rather see their own future through rose-tinted glasses.

"For example, I would say, 'Imagine the breakup of a relationship,' and someone would say, 'I broke up with my girlfriend and then I found a better one.' This was quite upsetting because it ruined my experiment," Sharot said.

That "mistake" would guide a different sort of insight into how we're wired to survive — through optimism.

Sharot had accidentally stumbled on what’s known as "the optimism bias" — the belief that our future will be better than our past or present.

But no one knew the neural mechanisms that generated this optimism bias. So she scanned the brains of her subjects and discovered that people learn less from unexpected negative news than positive news. There was less precise encoding of negative information in the brain’s frontal lobes. It turns out our brains are hungry for positive feedback.

Sharot is a professor of cognitive, perceptual and brain sciences at University College London. "To the Best of Our Knowledge" executive producer Steve Paulson asked about her groundbreaking research on the optimism bias.

Is The Brain Hardwired To Be Hopeful?

Tali Sharot: That’s a tricky question. On the one hand, we believe that humans have evolved to be optimistic. We see the optimism bias in different individuals and different cultures and also in non-human animals. There are quite sophisticated designs and paradigms to look at different kinds of species — from bees to pigs and birds — that show they have positive expectations. So that would suggest something that you call hardwired.

But what we found recently is in fact even better than that. It's not that people are always optimistic. It depends on the context. So if you put them in dangerous situations and put them under stress, they suddenly become hyper-vigilant and no longer have an optimism bias. This can happen within minutes or even seconds.

What’s Good About The Optimism Bias?

TS: The optimism bias is the tendency to overestimate the likelihood of positive events happening in your life — such as professional success or having talented kids or a happy marriage — and underestimating the likelihood of negative events such as divorce, cancer and accidents.

Optimists also tend to also be happier. One thing that really affects our happiness is not necessarily what we're doing in the moment, but what we believe will happen in the future. So if I have plans this weekend for a great ski outing, that will affect my happiness today.

Are We Too Optimistic?

TS: On average, I would say not. But there can be negative effects. If you underestimate risk, you might not go to a medical screening or buy insurance.

Some people say the 2008 financial collapse is related to an optimism bias, when people were underestimating the dangers of the financial market.

Is Optimism The Same As Hope?

And the optimism bias is the error that we make. It’s believing that the things that we hope for are more likely than they actually end up being.

How Common Is The Optimism Bias?

TS: In every experiment and every survey, it's always found that about 80 percent of people have an optimism bias. Most of us are mildly optimistic.

People with mild depression have no bias; sometimes they err on the optimism side, sometimes on the pessimism side. But those with severe depression have a pessimistic bias. They tend to expect the future to be worse than it ends up being.

Can We Boost Our Level Of Optimism?

TS: It's very difficult, but some scientists suggest that it’s possible.

(Psychologist) Martin Seligman has done studies where he actively tries to boost the optimism in individuals who are not optimistic. These are normally people who have some form of depression. His training is mostly about how to interpret events. Optimists tend to interpret positive events as related to them personally.

So, for example, if you're an engineer and you did a project that works really well, the optimists tend to say, "Oh, this worked well because I'm really good at math. I'm a really good engineer. And I'm probably just intelligent in general."

"It's not about me being stupid."

A Lot Of People Feel Despair About The World. Can Neuroscience Help Us Through It?

TS: There is a great distinction between public and private optimism. We’ve been talking about private optimism. But at the same time, we have public despair. So while people are optimistic about their own life, and their health, and their marriage, we find that people do not actually exhibit optimism about public affairs. They're not optimistic about their country, the future of their leaders or even global warming.