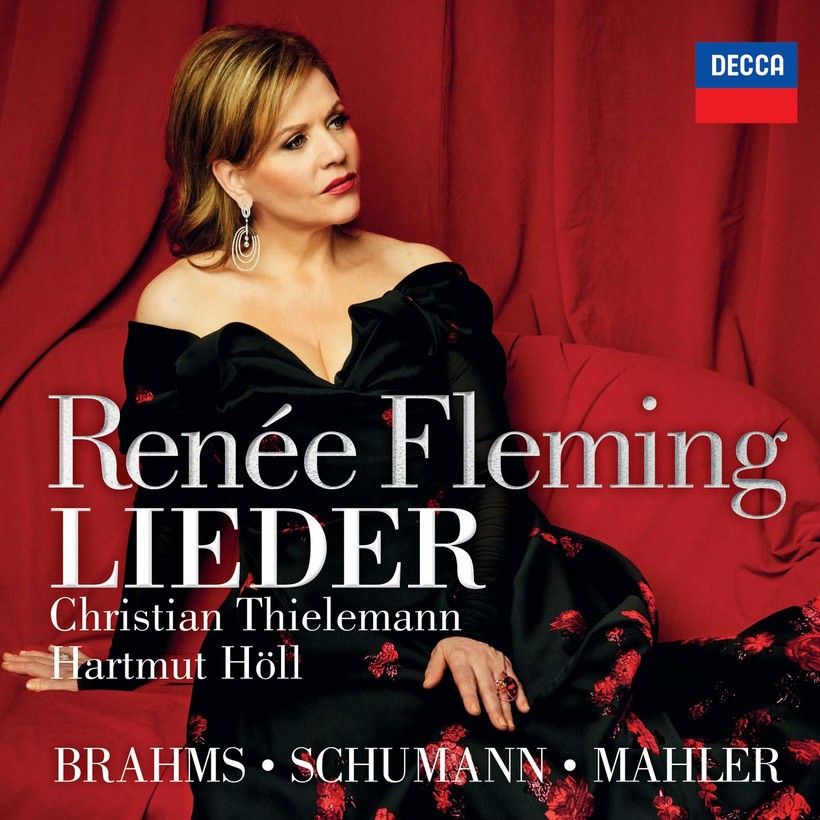 Grammy-winning soprano Renée Fleming has released her first album of lieder — intimate songs based on German Romantic poetry — in nearly 20 years. It includes the five "Rückert-Lieder" by Gustav Mahler, the "Frauenliebe und-leben" song cycle by Robert Schumann, and a collection of eight unconnected songs by Johannes Brahms.

The album starts with an exquisite rendition of the Brahms "Wiegenlied," Op.49, No.4, his very popular lullaby. That's followed by the serenade, "Der Mond steht über dem Berg" ("The Moon Hangs over the Mountain.") Fleming's voice is expressive and shimmering right out of the gate.

The texts for the Schumann song cycle ("A Woman's Love and Life") are all by the poet Adalbert von Chamisso. In them, a woman tells her story of love with one man, from their first encounter to life together followed by death. Schumann had been courting his future wife for many years; he was finally able to marry her in the same year that he composed this song cycle. Fleming plumbs the emotional depths with beauty, ease and agility.

The Brahms and Schumann lieder are accompanied by pianist Hartmut Höll.

Mahler's "Rückert-Lieder," (Songs after Rückert) is a cycle based on the poetry of Friedrich Rückert, accompanied by orchestra. Fleming sings with the Munich Philharmonic conducted by Christian Thielemann, in a recording originally made live in 2010.