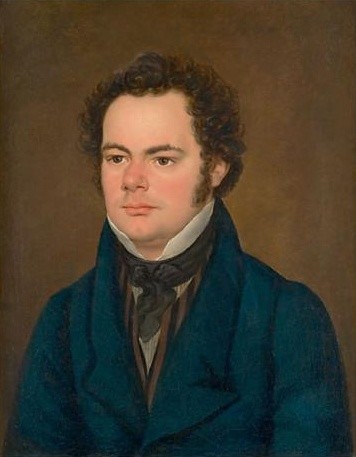 Franz Schubert wrote many songs celebrating the beauty of nature, but his letters reveal that his response to nature went far beyond mere sightseeing.

In September 1825, Schubert was traveling through the Tyrolese Alps with his friend, the singer Michael Vogel.  It was a time when much of Europe was still recovering from the ravages of the Napoleonic wars.  Tyrolese resistance fighters continued to struggle against Bavarian domination.  On September 21st Schubert wrote to his brother Ferdinand of the beauty—and the terror—that he saw in the mountains:

“After a few hours we came to Hallein, which surely is a spectacular town, but extremely dirty and sinister.  I couldn’t persuade Vogel to visit the Salzburg area with all of its salt mines.  So we drove on past Golling, where we saw the first high, impassable mountains whose frightening gorges the Lueg Pass cuts through.

“We clambered up a tall mountain with other awesome mountains towering before our noses on either side as if the world had planks nailed all over it in this vicinity.  When we finally reached the summit, we found ourselves looking down into a terrifying gorge that set our hearts to fluttering.

“Amid this terrifying scenery, mankind has tried to perpetuate his even more terrible beastliness.  For it was here, where the frothy Salzach—far, far below—blocks the Bavarians on one side and the Tyrolese on the other—that the terrible slaughter occurred.  The Tyrolese, concealed among the rocky peaks, fired down with fiendish yells of exultation at the Bavarians who were trying to capture the pass, and those who were hit went tumbling into the chasm without ever knowing where the shots had come from.

“A chapel on the Bavarian side and a red cross in the cliffs on the Tyrolese side commemorates this disgraceful event, which went on for days and weeks.  Oh, glorious Christ, how many infamous deeds must be done in your name!”