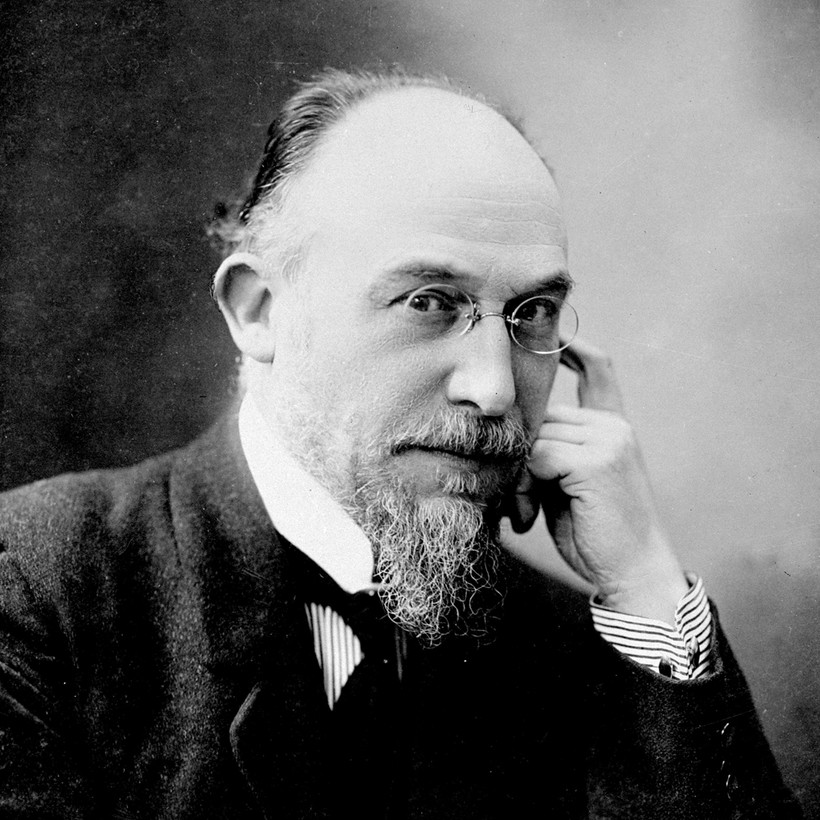 Erik Satie was a first-class eccentric, and when it came to publicizing his apocalyptic ballet Uspud he was more than true to form.

The ballet was the talk of Paris in 1892.  Some declared it a masterpiece, others called it a shameful hoax.  Satie vowed that he would go to the Paris Opera and insist on a performance that would prove his detractors wrong.

Soon afterward Satie and a friend strode into the Paris Opera and asked to see the director, Eugene Bertrand. They were all but thrown out.  Satie wrote to Bertrand demanding a meeting within a week.

The week passed.  Satie wrote Bertrand an insulting letter. Another week passed.  Satie fired off another note, this time challenging Bertrand to a duel.  He sent two friends to visit the director and arrange terms.  Bertrand was not home. Several days later, Satie received a letter from Bertrand, who requested a meeting.

Satie and his friend returned. The director offered to look at Satie's manuscript. Satie was convinced that Bertrand was trying to brush him off.

"Monsieur," he said seriously, "the work we're offering is art of the highest order and we thought the opera would make it a point of honor to produce it with all due care and magnificence."

Bertrand stated emphatically that his budget would not allow such an outlay. Satie kept at him.  "Furthermore, a work like ours cannot be appreciated without the support of the most highly qualified practitioners.  So I have to insist on the appointment of a jury of forty reviewers--half of them chosen by the education minister and you--and half of them by us."

Bertrand hit the ceiling.  "Impossible! Impossible!  The rules forbid it!"

"In that case,' Satie said in an offended tone, "there is nothing left for us to do but take our leave."  With that, the prankster and his friend beat a hasty retreat.  The ballet Uspud may not have made its mark, but Satie had secured his reputation as an original.