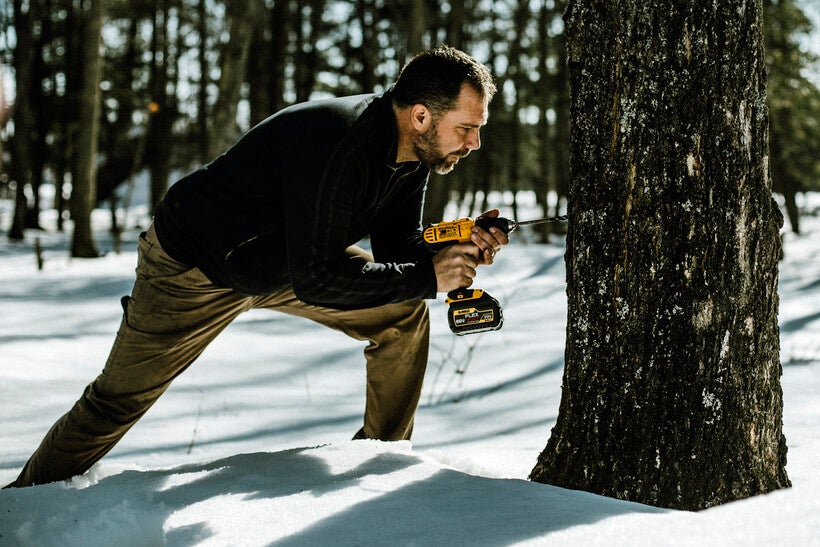 Jeremy Solin’s earliest memory from his family's longtime syrup business is with his grandma, sitting at a kitchen table, pounding a nail through the top of a metal Folgers coffee can.

They wound a piece of wire through the can so they could hang it from the spout on a tree.

"We just used whatever we had, right?" he said.

Solin is a fourth-generation syrup producer with a farm just north of Antigo. He’s the maple syrup project manager for the University of Wisconsin-Extension and he runs Tapped Maple Syrup in Stevens Point.

The family business lets him keep a connection to the land. The family has some Christmas trees, and his father raises some cattle. But he said the syrup gives them enough revenue to keep it all running smooth.

"I really think of it as a rural development strategy," he said on WPR's "The Larry Meiller Show." "We have tons of land, tons of maple trees — millions of maple trees. Less than 1 percent of them are currently being tapped... It’s an opportunity for people to generate income off their land and use that to build community and build local economies around maple syrup." 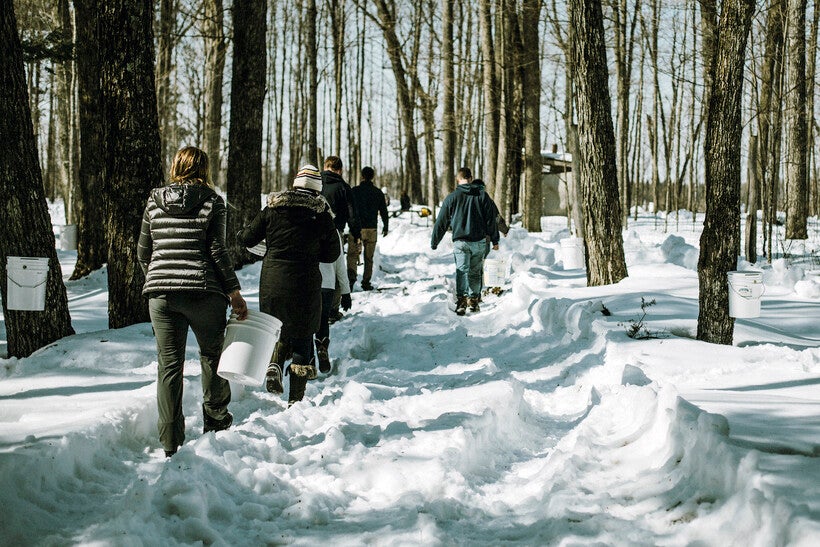 People walk in the snow as they tap trees March 2020 in the Solin family sugarbush north of Antigo, Wis. Photo courtesy of Jeremy Solin

Money on the way

There’s a lot of syrup in Wisconsin.

The state ranks fourth in production nationally, behind Vermont, New York and Maine, Solin said in an early December news release from UW-Extension.

Additionally, he said last year there were about 850,000 trees tapped statewide.

"There’s just incredible potential to continue to grow that," he said.

A three-year grant worth $470,387 from the U.S. Department of Agriculture is helping UW-Extension expand its maple sugaring outreach by aiming at "private woodland owners, farmers, tribal communities and other groups that have been overlooked by previous outreach efforts," the release states.

Solin said it’s the first of its kind in Wisconsin.

The grant money can help producers find the right equipment. Now, he said hobbyists might not need much. A trip to the local hardware store can net producers spouts, buckets and a 7/16- or 5/16-inch drill bit.

But as operations get larger, better equipment makes the whole process more efficient.

The outreach is also about identifying markets for those hobbyists or others who are interested in the next step of selling more commercially.

"So, we'll really try and leverage all of those resources to help support the industry in the state," he said.

The outreach also goes hand-in-hand with education. But education will mean different things to different people.

For example, Solin said the state's Indigenous population is an audience they want to target. He said some tribes, however, have been making maple syrup for tens of thousands of years.

"They obviously have a lot of tradition and heritage around this, but are looking to the future potentially — additional revenue streams and things like that," he said. "So, (we are) working to support their efforts."

But there's reason to believe the next few generations will face environmental challenges that weren't around for others in the state's history. 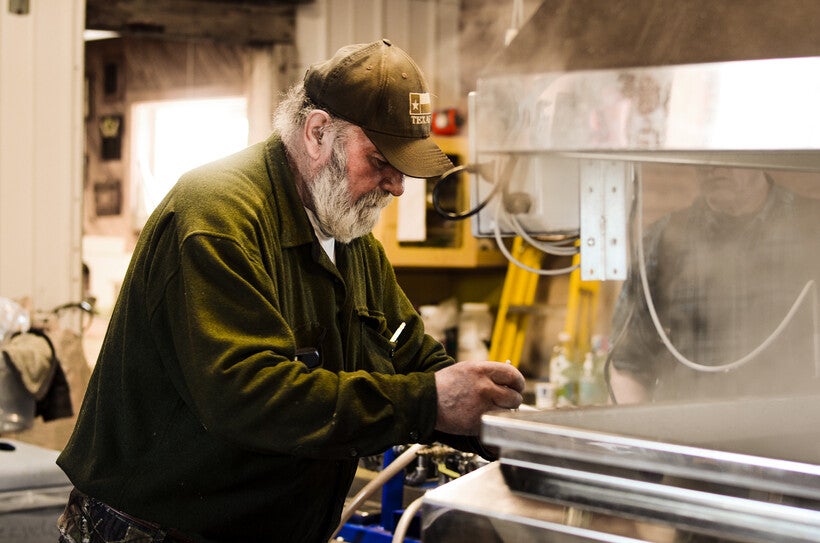 The sugaring business is already seeing effects from climate change.

Solin said the sugaring season has come earlier. When he would make syrup with his dad and uncle, he remembered tapping in early April. Now, the tapping time can come in early March.

"This past year, we had an exceptionally short season," he said. "So, in our sugar bush, it was only three weeks long. So, all our maple syrup activities happened in the month of March, which meant it was a really intense, short season."

For sap to flow, he said the trees need to freeze during the night and move to above thawing temperature during the day — something like a 25-to-40-degree swing would be ideal.

"(When) the temperature warms up too fast, we basically don’t have a season, or have a very short season," he said.

Solin hasn’t so far seen dramatic effects in output, however. Wisconsin still produced more syrup in 2021 compared to the year prior.

But he said some climate projections are worrisome. With warmer summers, trees grow faster and use more of their sugar.

"There have been some studies done, and the models show that there potentially will be lower sugar content in the trees as the climate warms," he said. "So, that definitely could have an impact as we move forward."

NPR in 2018 reported on a study published in the journal Ecology that found climate change brought on warmer and drier growing seasons, which stunted tree growth. The study looked at 1,000 sugar maple trees at four sites in Michigan between 1994 and 2013.

"The biggest trees will still be there but won't be growing as much and the little saplings won't survive," lead researcher Inés Ibáñez told NPR. "(So,) once the older trees start dying, there will be no new trees to replace them."

Solin’s children are the fifth generation in his family to join the business — they will be the future.

Like his family, the story of the trees connects from year to year. He said a better growing season one year leads to a better sap season the next.

"The cycle keeps on going, right?" he said.