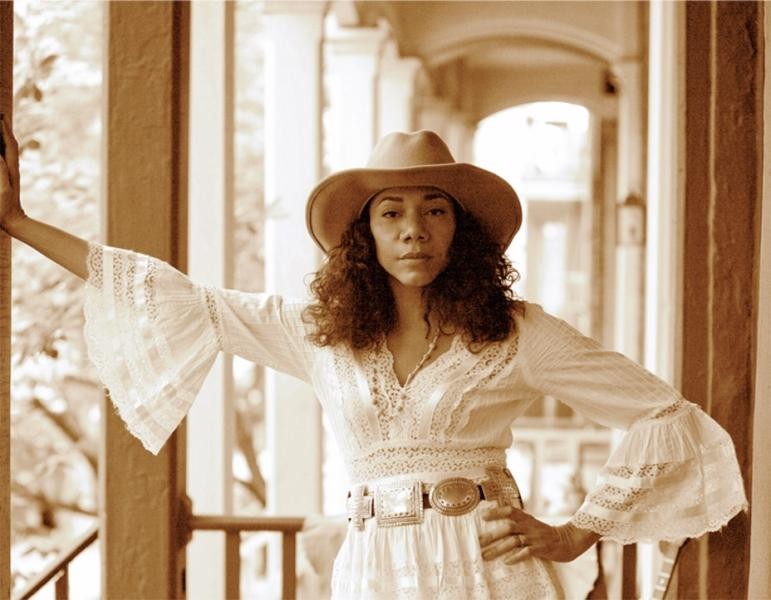 "We are red ... we are black ... we are white ... we're all mixed up, but not confused, in our peaceful little world of Appalachia." Those are lines from the musical "Bone Hill," by musician and writer Martha Redbone.

As a powerful voice in the roots music community, Redbone has drawn from her family background and experience to create music and performances that tell a rich story. In "Bone Hill," she said, "We talk about certain places being a melting pot; my entire family is a melting pot."

The daughter of a Shawnee/Choctaw/Cherokee mother and African-American father, she moved from Harlan County, Kentucky -- where her grandfather was a coal miner -- to Brooklyn, New York when she was 11 years old. These varying experiences are reflected in her music, which mixes a variety of influences, including Native American, African-American and European traditions. Her latest album is "The Garden of Love: Songs of William Blake," which is based on Blake’s poetry.

In the summer of 2012, Redbone was performing at the Sugar Maple Traditional Music Festival in Madison, where then-"Simply Folk" host Stephanie Elkins did an on-stage interview with her. During that interview, Redbone told the story of how "The Garden of Love" album came to be.

Originally, Redbone was going to record an album of coal mining songs. She had about seven to eight songs ready for the album so she was looking for a few more to fill-out the recording. It was then that her husband, Aaron, took a book of William Blake’s poetry off the shelf to look through for ideas.

"As we were flipping through the poems,” Redbone said, "we said these messages are so powerful, we can’t just stop at one song.”

That exploration of Blake’s writing eventually resulted in "The Garden of Love," which was produced by John McEuen of the Nitty Gritty Dirt Band.

This song, “Hear the Voice of the Bard,” is from that 2012 interview and is a track on the album.

The Garden Of Love: Songs Of William Blake