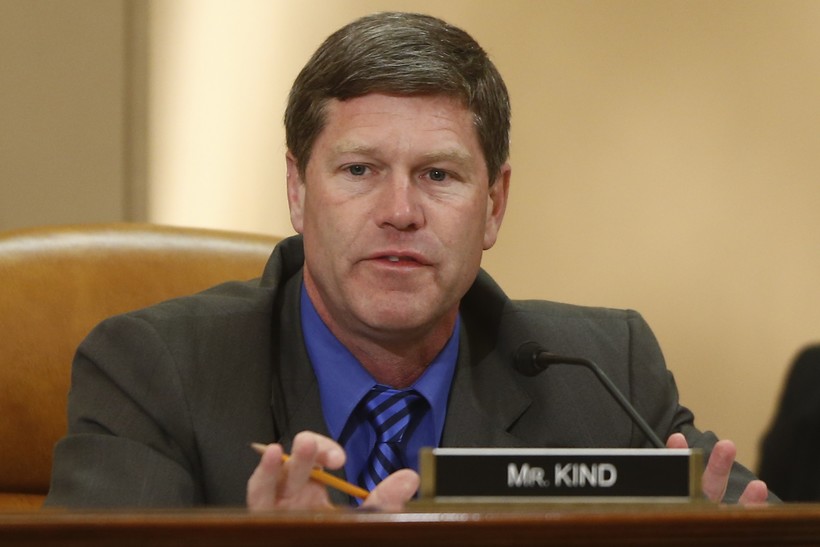 But he hasn't been helping with a race for the 3rd Congressional District, because there is no Republican on the ballot this year.

"I have the ignoble honor of being the first Republican Party chairman for the 3rd District in like 100 years who doesn't have a Republican challenger for the House seat," Westrate said.

Democratic Rep. Ron Kind is unopposed for the first time since he won the seat in 1996. Kind said he thought it was strange when no Republican challenger stepped forward this year.

"Obviously, I can't control what the other side decides to do on that," said Kind, who easily defeated a primary challenger with 81 percent of the vote.

But Westrate said it was a calculated move for 3rd District Republicans. He said the party wanted to focus their attention elsewhere.

"Let's say we have $10,000 in the district coffers. Do we spend that $10,000 on a placeholder campaign just so people can feel good that they've got a ballot (with) somebody to check next to, or do we use that money and the resources and the time to again support that incredible slate of assembly candidates and state Senate candidates?" Westrate said.

It was also a calculated move for Republican legislators who redrew the congressional map in 2011. Westrate said they took the more conservative St. Croix Valley away from Kind and gave it to Republican Sean Duffy in the 7th Congressional District. In return, they took the more Democratic area of Portage County away from Duffy and gave it to Kind. It made both incumbents tougher to beat.

"The redistricting was done using methodology that makes sense," Westrate said. "Maybe you don't agree with it, but that doesn't mean that it wasn't a legitimate methodology."

Kind's district is just the most glaring example of a congressional map that deprives voters of a choice in who they send to Congress.

And Jay Heck, executive director of the watchdog group Common Cause Wisconsin, said that's not fair to voters.

"This process that we call gerrymandering has been very corrosive for competitive elections in Wisconsin," Heck said.

Heck said none of the congressional districts in Wisconsin are truly competitive anymore, which means voters who belong to the opposite party don't really have a voice on Election Day.

And because elected officials don't have to listen to voters in the opposing party, Heck said they're less motivated to work in a bipartisan manner.

"They don't have to listen to voices in the opposition or even to voices in their own district, whether it's a congressional district or state legislative district, that might disagree with them," Heck said. "That disenfranchises a lot of people essentially because our votes aren't going to matter and it makes people very cynical about the process."

Kind said he doesn't think the 3rd District has become overwhelmingly democratic, but he's in favor of handing over the redistricting process to a nonpartisan group.

"I want to see fair and more balanced districts represented throughout the state but also throughout the country," Kind said. "I think it's one of the reasons politics has gotten so polarized and so hyper partisan."

But Westrate said he doesn't think the system is unfair.

"Does it make sense that every congressional district in the state, and then I think one would have to argue the country, be so close to 50-50 that you never know who's gonna win? Well no, I don't think that makes sense," Westrate said.

Kind will serve as the 3rd District's representative for the next two years unless a write-in candidate collects more votes.

Westrate said Republicans haven't given up on the 3rd District, but they're waiting to see if Kind will run for a different office in 2018.

"If Ron decides to run for governor, that opens up his seat. You get an open seat in and it changes the game dramatically," Westrate said.

Kind won't say whether he's considering a gubernatorial race. If he runs for Congress again in two years, opponent or not, it's unlikely voters will have a real choice in the 3rd Congressional District.