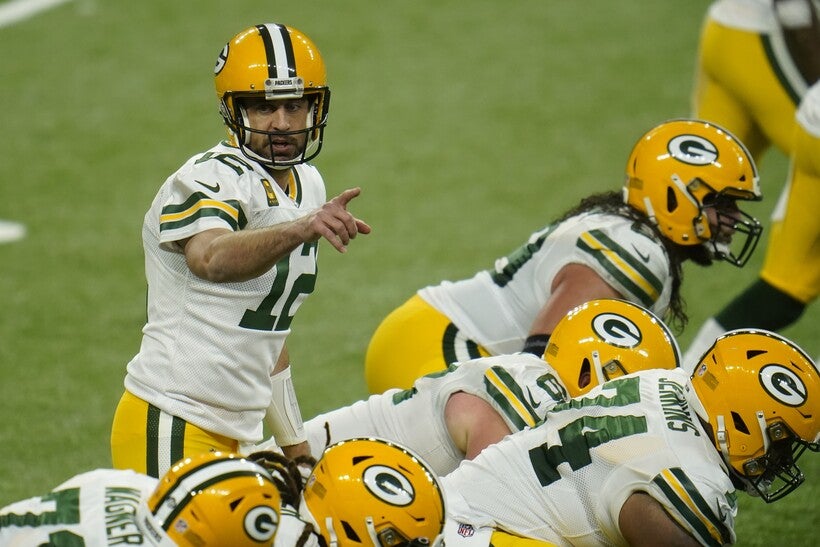 Green Bay Packers quarterback Aaron Rodgers on the scrimmage line during the second half of an NFL football game against the Detroit Lions, Sunday, Dec. 13, 2020, in Detroit. Paul Sancya/AP Photo

Rodgers says he won't drag out offseason decision on future

Aaron Rodgers says he won't drag out any offseason decisions regarding his future with the Green Bay Packers and hasn't ruled out retirement.

The 38-year-old quarterback said he would try to make a decision shortly after talking to his loved ones as well as team officials such as CEO/President Mark Murphy, general manager Brian Gutekunst and executive vice president/director of football operations Russ Ball.

Rodgers skipped the Packers' organized team activities and mandatory minicamp in a standoff with team management during the most recent offseason before finally reporting to training camp.