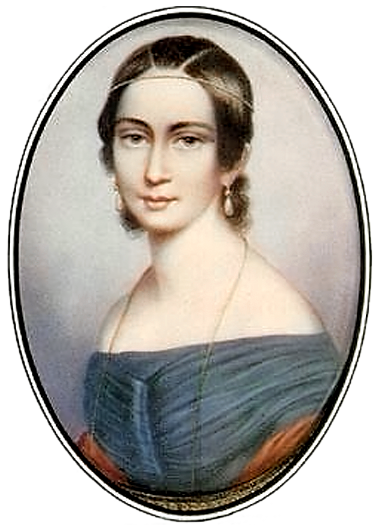 Twenty-seven-year-old Robert Schumann was a gifted composer.  But the father of his 18-year-old fiancée, Clara Wieck, was unimpressed. Clara’s father steadfastly refused permission for his daughter to marry. Schumann tried everything he could think of to make the marriage take place -- including a meeting with Clara's father.  On September 18th, 1837. He wrote to Clara:

My meeting with your father was awful. Such coldness. Such ill will. Such spite. He has a new way of destroying a person. He sticks the knife into your heart up to the hilt.

You’ll have to be very strong, stronger than you can imagine, because your father gave me the terrible feeling that nothing will move him. You must fear everything from him. He will overpower you by force if not by trickery. So fear everything!

Today I feel so dead, so humiliated, that it's all I can do to take hold of one beautiful thought. Even your image eludes me, so that I can barely remember your eyes. I haven't become so disheartened that I’m able to give you up, but I feel so bitter and so violated to have my most sacred sentiments reduced to the level of the commonplace.

I try to find some excuse for your father because I've always taken him for an honorable, kind man. Vainly I try to see in his refusal some finer, deeper motive -- such as being afraid that your art will suffer if you are engaged too soon, that you are altogether too young and so on.

But it’s nothing like that--believe me. He'll throw you to the first suitor who has enough money and status.  His highest goal is giving concerts and traveling. His oppression of you breaks my desire to bring beautiful things into the world. He laughs at all your tears.