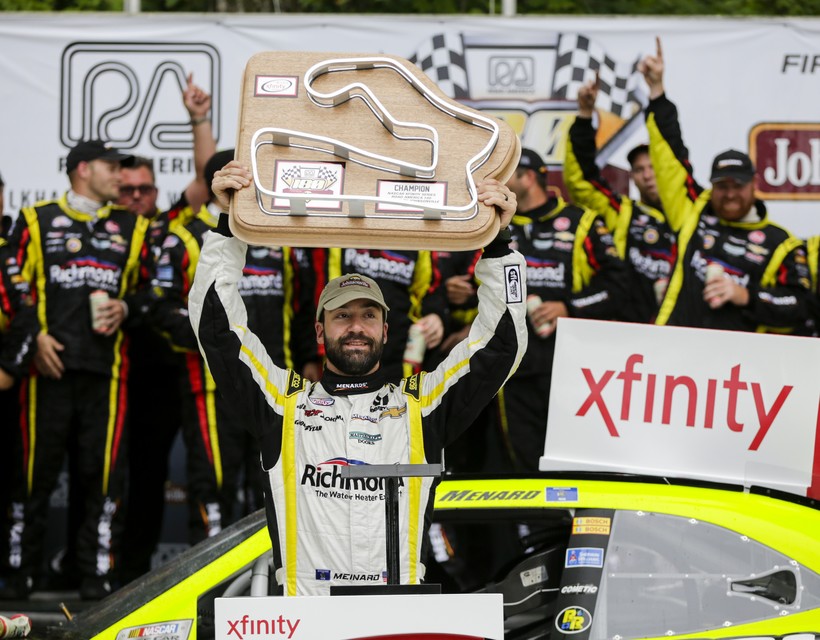 The NASCAR Cup Series is coming to Wisconsin in 2021.

Next Fourth of July, Sheboygan County’s Road America will host its first top-tier stock car race since the 1950s, NASCAR officials announced Wednesday. The 640-acre complex in Elkhart Lake has hosted second-tier NASCAR events for a decade, earning praise from drivers and fans.

"Our entire staff is excited to welcome the teams, drivers and new visitors to show them that Road America is the ideal facility to come for the experience and stay for the race," said Mike Kertscher, the venue's president and general manager.

He encouraged fans to buy tickets and reserve their campsites at Road America early. The four-day event ends July 4, when the big race takes place.

At just over 4 miles, Road America is now the longest Cup Series course. It's one of a reported six road courses on next year’s 36-race NASCAR Cup Series schedule. The full schedule for next year has yet to be released, though several industry news outlets published leaked copies Tuesday.

The 2021 Brickyard 400, which is typically run on the oval at Indianapolis Motor Speedway, will be held on the venue’s new 14-turn road course for the first time, racing officials announced Wednesday. Circuit of the Americas, a road course in Austin, Texas, has also been confirmed as a new venue for 2021.

At Bristol Motor Speedway in Tennessee, NASCAR’s top division will race on dirt for the first time in 50 years, reports indicate.

Sheboygan County is now the planned site of two major sporting events next year. Golf’s Ryder Cup is scheduled to take place at Whistling Straits Sept. 24-26 after it was rescheduled from 2020 due to the coronavirus pandemic.