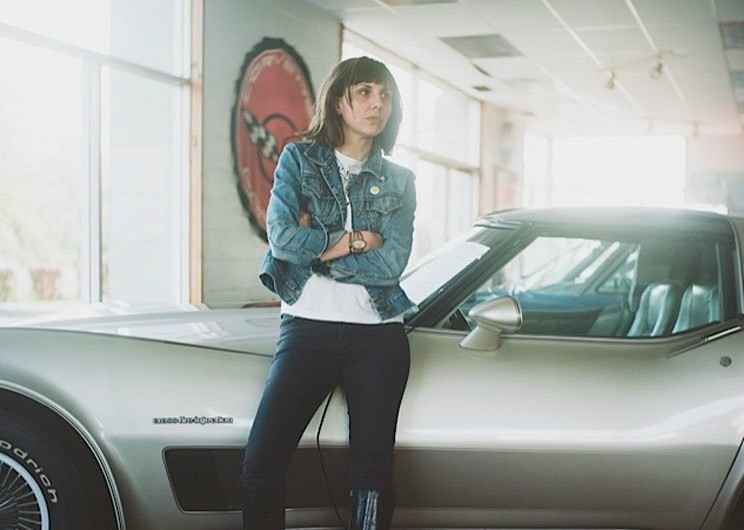 From Riot Grrls To 'Fangirls,' Can Music Make Space For Women?

Last week, journalist and music critic Jessica Hopper sent out a tweet that struck a chord with thousands of other musicians, writers, promoters and fans:

Gals/other marginalized folks: what was your 1st brush (in music industry, journalism, scene) w/ idea that you didn't "count"?

As the responses came pouring in, a shocking picture of the large and small acts of sexism, racism and other forms of discrimination that persist in the local and national music scenes started to emerge. Included among the hundreds of responses were anecdotes of musicians told to strip, professional photographers instructed to make way for their male counterparts and countless instances of women being ignored or overlooked by their male colleagues.

Perhaps the most common were stories of female musicians being told that girlfriends weren’t allowed in the club for soundcheck — even though they were members of the band, in some cases the lead singers.

By starting that discussion on Twitter, Hopper shed light on the sexism that she’s been pushing back against for most of her adult life. Hopper first entered music through Minneapolis’ punk rock scene of the early 1990. She said at the time, it wasn’t just the music that attracted her, but also the scene’s DIY attitude. She said it seemed that anyone could participate in punk and yet, Hopper said she never felt quite at home.

That all changed once she started seeing female-fronted bands associated with the Riot Grrrl movement.

"When I saw Bikini Kill, when I saw Babes in Toyland, when I saw Hole, when I saw the Breeders," she said, "it said to me I had permission to be there — that there was space for me. It gave me an idea that I could be a participant rather than a spectator."

That discovery set Hopper on a path to discover the myriad of other ways women are marginalized in music, which is one of the many subjects that she tackles in her new collection of essays, wryly titled "The First Collection of Criticism by a Living Female Rock Critic." In one essay, she lampoons some so-called emo musicians for their portrayal of women as objects to be sought after.

"They were just basically muses in relation to the guys and (their) self-discovery. I became worried that it was not just descriptive — that it was prescriptive — and that young women could only see themselves in that way. And that their role or their place of value was just in relation to one of these singers," she said.

Hopper’s grievances aren’t just limited to lyrical content or representation on stage. She points out that the language used in music scenes often mask sexist thinking. For instance, she describes how women are often dismissed as "fangirls," a term often used derrogatorily to suggets a vapid, shallow or passing interest in music or a musician. However, as Hopper notes, these fangirls far outspend every other demographic when it comes to music purchases, and those dollars translate into knowledge.

"The fangirls that I know — the adult fangirls, the teenage fangirls — they know more about music than anyone else," she said.

But even so, that knowledge often gets questioned.

"I, along with many other women I know, have had the experience of saying you like something and having some guy who’s also a fan of that music basically start to quiz you to try to make you prove your bona fides. ‘How deep are you? How true is your understanding?’" she said.

Hopper’s essays also push back against the types of questions around taste or authenticity, which she notes are almost exclusively used by men to target or question women. She notes that people are quick to lambast someone like Lana Del Rey for changing her name, but such criticism almost never surfaces around, say, Bob Dylan. For Hopper, arguments about taste and authenticity are pointless, if not dangerous. She said that by ridiculing, marginalizing or otherwise excluding the many ways that people can interact with and participate in music, people risk silencing the very voices that should be amplified.