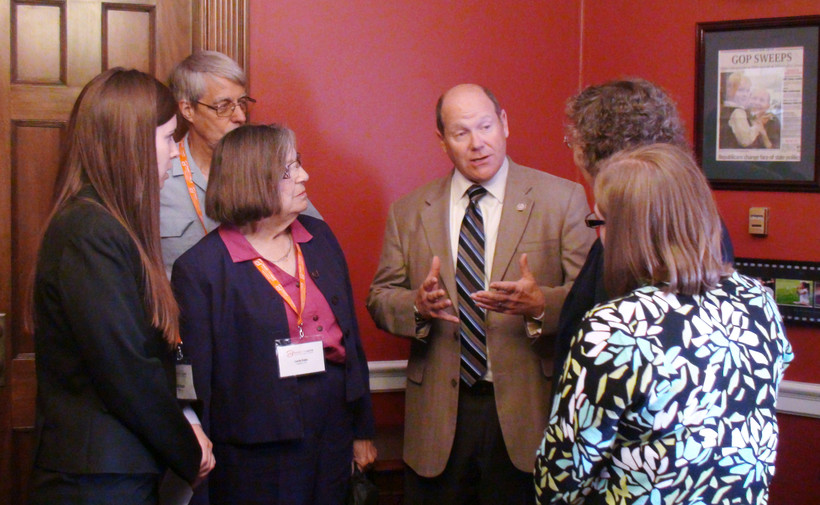 Bread of the World (CC-BY-NC)

Republican U.S. Rep. Reid Ribble is part of a bipartisan effort to stop gerrymandering, saying he wants to change the way Congressional districts are drawn.

Along with Rep. Jim Cooper, a Tennessee Democrat, Ribble is introducing the "Redistricting Transparency Act of 2015." It would require states to have bipartisan panels to redraw districts every 10 years. He's also signed on to an amicus brief in a U.S. Supreme Court case related to the issue.

Jay Heck with Common Cause of Wisconsin supports the idea.

"There's not really a competitive district anymore. As recently as 1998, five congressional districts, including the 8th District, were considered competitive, but they're all been gerrymandered in such a way that they're really not competitive in a general election," he said. "If there's a struggle or fight, it's in the primary election."

The 8th District was redrawn after the 2010 census. That allowed Ribble to represent the district without having to move.