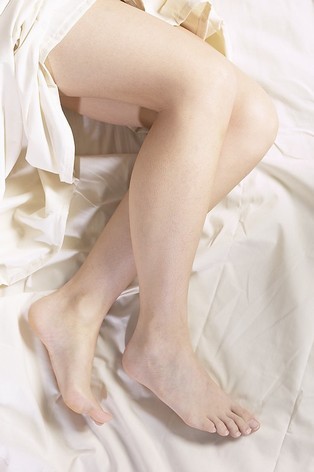 Zorba promised some information, from one of his medical journals, regarding RLS and here it is. If you are interested in a non pharmacological way to treat it, then click here.

EPIDEMIOLOGY — Mild symptoms of RLS occur in 5 to 15 percent of the population; prevalence figures vary widely depending upon the population surveyed and severity of symptoms required for inclusion [2-4].

CLINICAL MANIFESTATIONS — Although the subjectivesymptoms of RLS are often difficult to describe, the clinical features are highly stereotyped. The hallmark of RLS is a marked discomfort in the legs that occurs only at rest and is immediately relieved by movement. The abnormal feelings are typically deep seated and localized below the knees. Distribution is usually bilateral, but some asymmetry may occur and the arms can be affected in more severe cases.

Terms that patients use to describe the symptoms include crawling, creeping, pulling, itching, drawing, or stretching, all localized to deep structures rather than the skin. Pain and tingling paresthesia of the type that occurs in painful peripheral neuropathy is usually absent, and there is no sensitivity to touching of the skin.

Symptoms typically worsen towards the end of the day and are maximal at night, when they appear within 15 to 30 minutes of reclining in bed. In severe cases symptoms may occur earlier in the day while the patient is seated, thereby interfering with attending meetings, sitting in a movie theater, and similar activities. In milder cases patients will fidget, move in bed, and kick or massage their legs for relief. Patients with more severe symptoms feel forced to get out of bed and pace the floor to relieve symptoms

Pramipexole and ropinirole — The drugs Mirapex®  and Requip® are less likely to cause side effects compared with other Parkinson type drugs. These agents are considered to be the drugs of choice in most patients with daily RLS [77]. They may also be helpful in patients with intermittent RLS. Both are approved by the United States Food and Drug Administration (FDA) for the treatment of RLS.