A recently published study has found radium levels in groundwater have been increasing in public water supply wells over the last two decades.

Researchers with the University of Wisconsin-Madison and others analyzed groundwater data collected by the Wisconsin Department of Natural Resources from 2000 to 2018. They found radium levels were trending upward in wells drawing from a regional aquifer underlying the southern two-thirds of the state. The findings were published in a American Water Works Association journal.

As water moves through the aquifer, minerals and other elements like radium can dissolve from rocks into the groundwater. Radium is a naturally occurring radioactive metal that can cause harmful health effects, including bone cancer, when exposed at high levels over a long period of time.

Researchers found concentrations of radium were slightly higher in the eastern part of the state, often referred to as the "Radium Belt," said Matt Ginder-Vogel, associate professor of civil and environmental engineering at UW-Madison. He said groundwater in the area comes from below a thick shale layer that forms a confining unit, which limits interaction between surface water and the groundwater deep below.

"This very deep groundwater has been down there for a long time and has more of a chance to interact with the solids in the aquifer and dissolve things in the aquifer," he said. "So just because it’s been there long and been in contact with the rocks for longer, it’s more prone to having higher levels of radium."

The DNR data shows average radium levels in wells sampled within the "confined," or eastern, part of the state increased from 5.5 to 7.9 picocuries per liter (pCi/L) during the last two decades.

The maximum contaminant level for radium in drinking water identified by the U.S. Environmental Protection Agency is 5 pCi/L.

In 2006, 42 eastern Wisconsin communities had radium levels three times the federal standard, according to Wisconsin Watch. 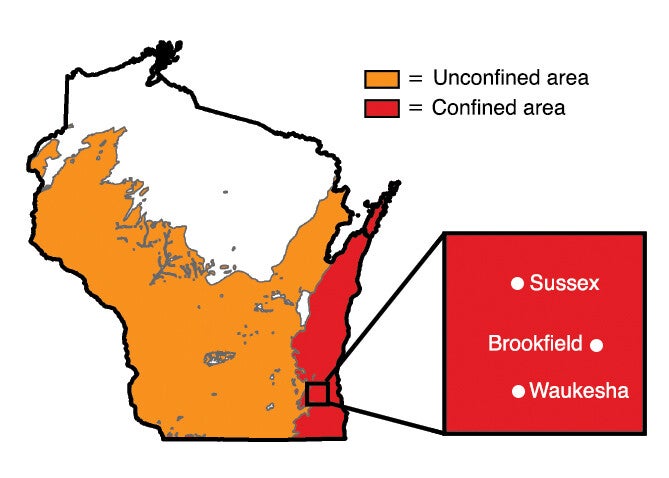 Map courtesy of the University of Wisconsin Water Resources Institute

Average radium levels in the "unconfined" region, or western and central portions of the state, increased from 4.8 to 6.6 pCi/L in wells that were sampled. Yet, Ginder-Vogel emphasizes the water they sampled from wells isn't the water going directly into people’s homes, noting utilities must treat water and remove radium where high levels are found.

"At this point, it’s not an urgent human health issue, but it is definitely something that water utilities and especially the smaller municipalities need to be aware of as they continue using groundwater,” he said.

The findings mean more water utilities could see radium concentrations approach levels where they’ll be forced to take action to address the problem, which could prove costly for smaller communities.

Ginder-Vogel and other researchers are uncertain what’s driving the increase in radium levels. However, he suspects less groundwater pumping due to extremely wet conditions in recent years may be one factor.

Another factor may be changes in well construction practices, said Madeline Gotkowitz, research division chief with the Montana Bureau of Mines and Geology. She worked on the research in her former role as a hydrogeologist with the Wisconsin Geological and Natural History Survey.

"It's a reasonable assumption to say well conditions are getting worse in central and western Wisconsin because municipal wells are being drilled deeper and deeper," she said. "Over the past 20 years, as villages and cities in that part of the state look for groundwater that is less enriched by nitrate or other types of contaminants, they tend to drill their wells deeper."

Gotkowitz said that means those wells are drawing from older groundwater that’s had more time to interact with rocks, making it more prone to radium contamination.

The researchers also zeroed in on radium levels in three communities that have encountered issues with meeting the drinking water standard, including Sussex, Brookfield and Waukesha. Levels increased in wells sampled in Sussex and Brookfield, but declined in Waukesha. Even though Waukesha samples trended downward, Ginder-Vogel said the vast majority of samples are well above the EPA’s maximum contaminant level.

The decline in radium levels is likely due to samples taken from wells that the Waukesha Water Utility is no longer utilizing regularly for drinking water, said Dan Duchniak, the utility’s general manager. He said the city’s three main wells have seen radium concentrations increase by about 20 percent or more. In one well, radium levels have trended upward in the last several years from 17.3 to 20.6 pCi/L.

"We’re having to increase chemical dosages in our treatment, absolutely, which ultimately costs more money for the ratepayers of the city," said Duchniak.

He said those chemical treatments cost roughly $10,000 annually, which has increased about 25 percent from previous years. Duchniak emphasized the city’s water is safe to drink because utilities must treat water to meet the federal standard. 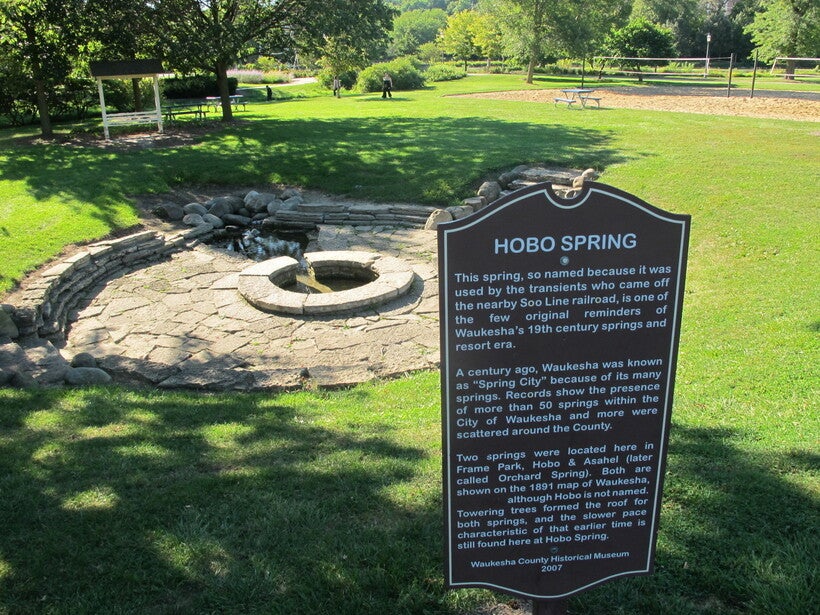 This Sept. 12, 2013 file photo shows Hobo Spring in Waukesha, Wis. It was among many springs in the city that once provided most of Waukesha's drinking water. Representatives of the eight states in the Great Lakes region approved a Wisconsin city's request to tap Lake Michigan as its drinking water source Tuesday June 21, 2016 in Chicago. Waukesha says its groundwater is contaminated with radium. The city is only 17 miles from the lake. But because it lies just outside the Great Lakes watershed, it needed permission from all the region's states to use Lake Michigan water. John Flesher/AP Photo

Great Lakes governors approved the city’s controversial request to divert 8.2 million gallons of water from Lake Michigan as its drinking water source in 2016. Now, the city is preparing to build its $286 million water diversion project with construction of pipelines that draw water from the city of Milwaukee and return it after treatment to the Root River, which flows into Lake Michigan. The city is under a court order to meet radium standards by 2023.