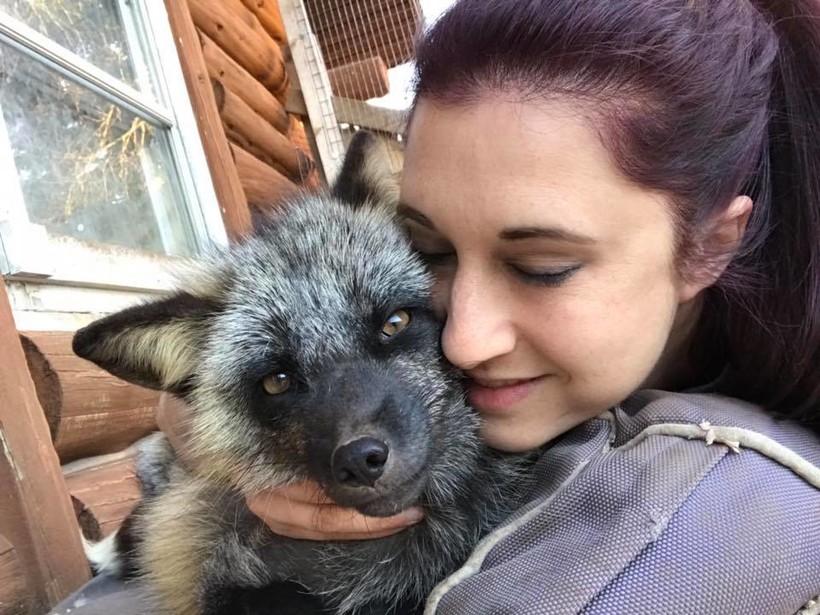 A booming exotic pet market across Wisconsin is threatening to turn these non-native animals into invasive species as owners discard or lose animals they either don't want or can no longer contain.

It's a threat Jamie Kozloski is hoping to mitigate as founder and director of the Kingdom Animalia Exotic Animal Rescue in De Pere, which has homed animals such as boa constrictors, parrots, African spurred tortoises, ball pythons and red-eared sliders. Even alligators.

"These animals find themselves in unfamiliar territory around people in an area, in a state that they're not from and it can cause a lot of damage to people and the environment, the animals we have here," she said. 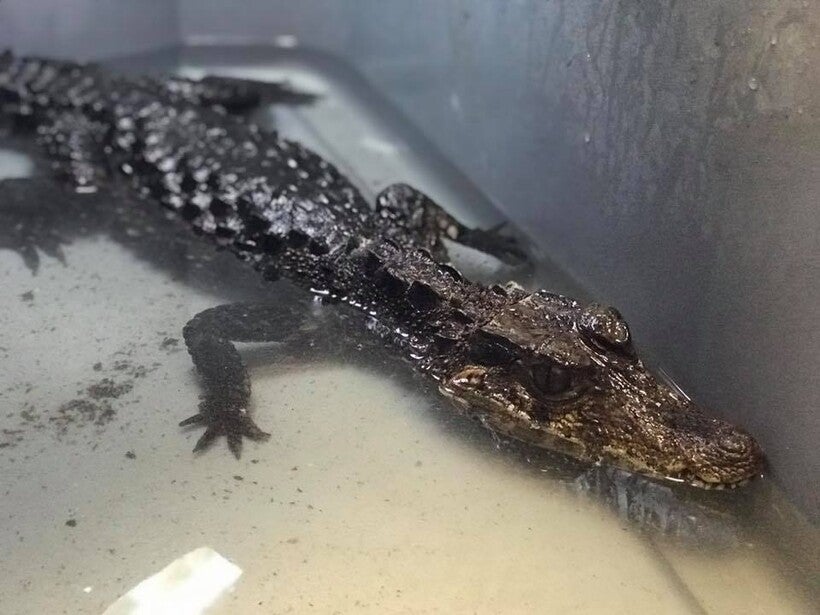 And she's got enough work to keep her busy. Wisconsin is one of a handful of states with lenient laws and little regulation regarding exotic pets.

"People are getting these, and they either don't know what they want to do with them when they no longer want them, or they have them outside in enclosures or in fenced-in areas that they push open," she said, noting that bearded dragons are an especially popular pet because they're sold in pet stores.

And it's not just reptiles and amphibians. Kingdom Animalia Exotic Animal Rescue is the only location in Wisconsin that takes in unwanted pet foxes, an unfortunate side effect of the animal being "glorified" on social media, Kozloski said. In reality, the animals are known to cause extensive damage to homes. 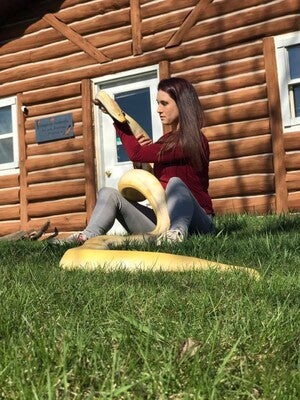 Four farms in Wisconsin raise foxes that are used to people and are more likely to approach humans than their wild counterparts. These foxes are not equipped to care for themselves and can get extremely confused when outside of their pens.

In places such as Florida, where non-native Burmese pythons have established themselves, their rise in population has been linked to decreases in other mammal numbers at Everglades National Park. Burmese pythons, which have seen declines in their native range of southeast Asia because of hunting and exportation, became a prevalent problem in Florida after being illegally released or escaping.

Wisconsin winters don't seem like they would be particularly forgiving to creatures with appetites for warmer temperatures. But Kozloski said reptiles are resilient, and all it would take is a few mild winters, or a place to hunker down, for these animals to become a serious invasive species in the Dairyland. 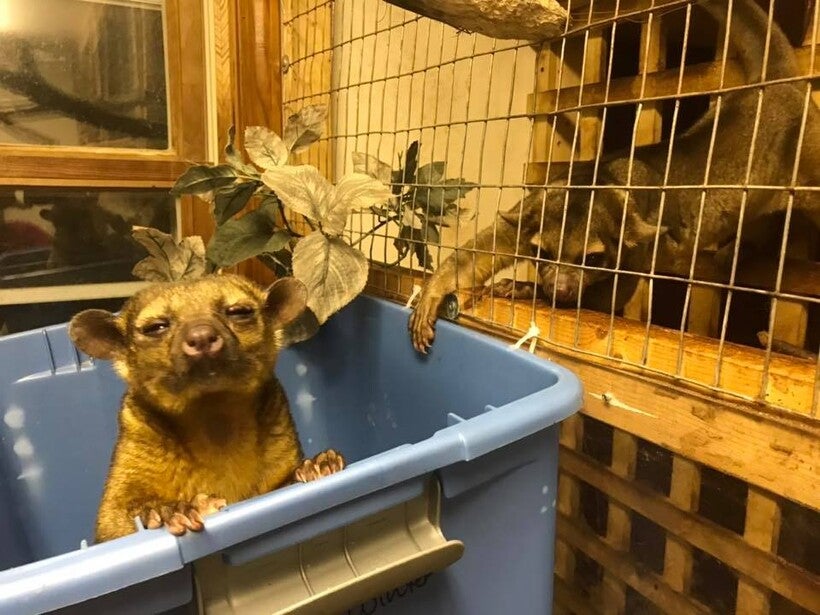 "If they don't become problems being invasive, the animal is likely going to die if it's released," she said. "It's not going to be able to find the right shelter and the food that it would normally find in nature."

At her rescue, which Kozloski said has been a dream of hers since she was young, staff members work to educate others about what they can expect when taking on the responsibility of an exotic animal, for example how to prepare your home for them and where to take them if you find caring for them is too burdensome.

Across the state, there are reptile groups, clubs, shelters and rescues that can help answer questions that people have if they're considering adopting an exotic pet.

Kozloski's nonprofit began when she started rescuing lizards after seeing slews of them while on a family vacation in Florida. She received so many that she started to re-home them, paving the way to her adoption program. But many were coming in sick and injured because of improper care, and that spurred Kozloski's interest in educating the public.

"People were not reading enough about them and the pet stores weren't quite getting the information out that was needed," she said. "I was seeing behavior issues and calcium deficiencies, broken bones, malnourishment — all these things that we don't have to put these animals through." 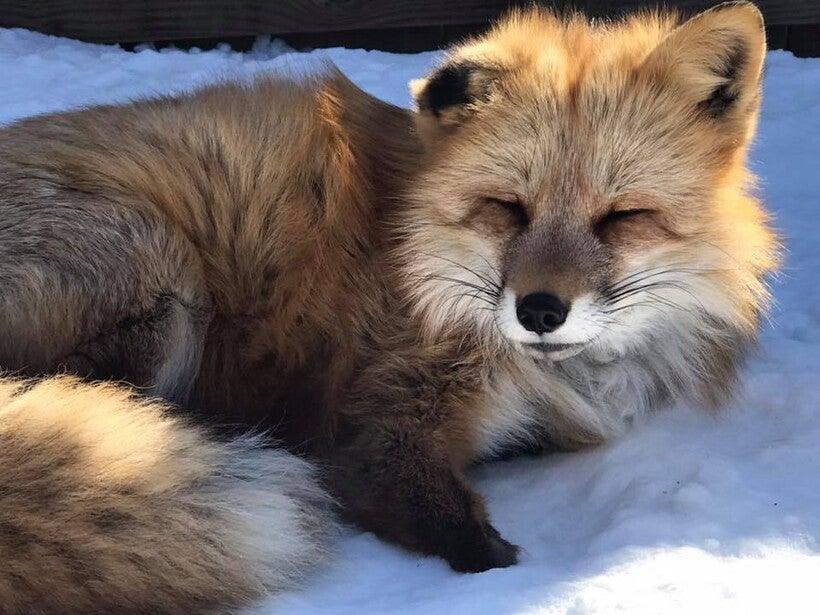 The rescue opened a building for public use in 2014. Now, staff members are fundraising dollars for a new, permanent facility to be built within the next 18 months for community-based education and new animal enclosures.

If you're thinking about getting an exotic pet, Kozloski recommends first thinking about the sacrifices you'll have to make. For example, owning a tortoise means clearing out your freezer so that you can make room for grass that it'll need to eat during the wintertime. Also consider how big the animal will get and whether you'll have space to accommodate it. 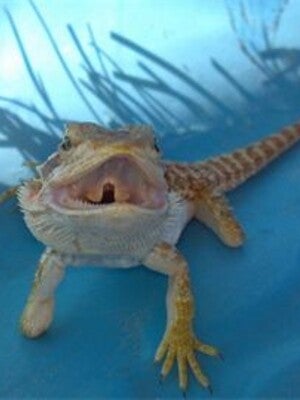 Stubs is a bearded dragon who was kept with another aggressive bearded dragon that picked on him, causing him to lose two legs. Photo courtesy of Jamie Kozloski

"If any of those don't line up, don't even consider if, because you're just setting yourself up for failure and the animal up for failure," she said.

She also recommends volunteering. That could be one way for you to test out the animals without making a commitment. For example, people who help clean up after foxes might be deterred by their skunky smell.

If you own an exotic pet and don't want it, consider reaching out to a rescue.

"We're there because we want to help," she said. "We're not there to sit and judge you and point fingers and yell at you. We're there to educate."

Wild Animals That Go From Pet To Invasive Species 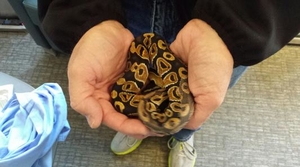 Exotic pets can cause problems for local ecology if they're released or escape. We talk with a woman who runs an exotic animal sanctuary in Green Bay about the increased demand for wild animals as pets and what impacts that can have.