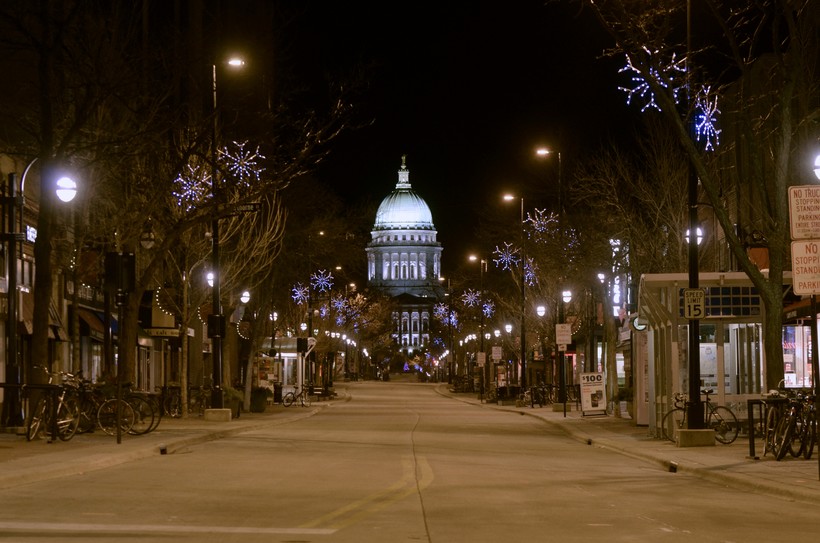 Plan Would Allow For Unlimited Expenses
By Shawn Johnson
Share:

The GOP plan would hire the law firms Kirkland & Ellis LLP and Bell Giftos St. John LLC, "and any other firms, entities or counsel deemed necessary for services related to the matter of Whitford v. Gill and legislative redistricting and all ancillary matters."  The plan would not specify how much the law firms would cost taxpayers.

The proposal passed state Senate and Assembly committees on party-line votes with all Republicans in support and Democrats opposed.

"There is absolutely no reason why taxpayers should hand over another blank check to high-priced Republican attorneys," said Democratic Senate Minority Leader Jennifer Shilling in a statement. "Republicans have already wasted too much time and taxpayer money trying to justify their unconstitutional election rigging efforts."

According to the proposal, the private firms would answer to Senate Majority Leader Scott Fitzgerald and Assembly Speaker Robin Vos. Vos defended the move in a statement issued after the vote.

"On behalf of the Legislature, we are exercising the right to retain counsel to defend a law that was constitutional when adopted and meets every traditional principle of redistricting," Vos said.  "We must ensure that every essential argument is heard before the court to make clear that Wisconsin has legislative maps that are constitutional."

Unlike typical committee votes that are conducted in-person, this vote was conducted by private ballots.  Notice of the vote, which was first reported by the Milwaukee Journal Sentinel, was not posted online, which is standard practice for committees. A copy of the proposal was not made public until after 2 p.m. The vote was scheduled to be completed by 4:30 p.m.

Assembly Minority Leader Peter Barca, who voted against the plan, noted judges in an earlier challenge to Wisconsin’s legislative map had scolded GOP leaders for making decisions out of the public’s eye.

"It's ironic that today is Groundhog Day," Barca said. "It's like we're reliving the exact same circumstances that they had six years ago."

The state Legislature itself is not named as a party in this lawsuit, and the state is already being defended by Wisconsin Attorney General Brad Schimel, a Republican. Schimel’s office has said he’ll likely appeal the ruling to the U.S. Supreme Court.

The case in question led to a first-of-its-kind decision in redistricting cases that could potentially set a national precedent.

Unlike other lawsuits that challenge redistricting plans based on criteria like how maps treat minority voters, this was a partisan gerrymandering claim brought by Democratic voters who argued the map diminished their voice in state government. In a 2-1 decision, a federal court agreed, and last week, the court ordered the state Legislature to draw new maps by Nov. 1 so they’d be ready in time for the November 2018 election cycle.

Editor's Note: This story will be updated as WPR learns more. It was last updated at 5 p.m. Thursday, Feb. 2.