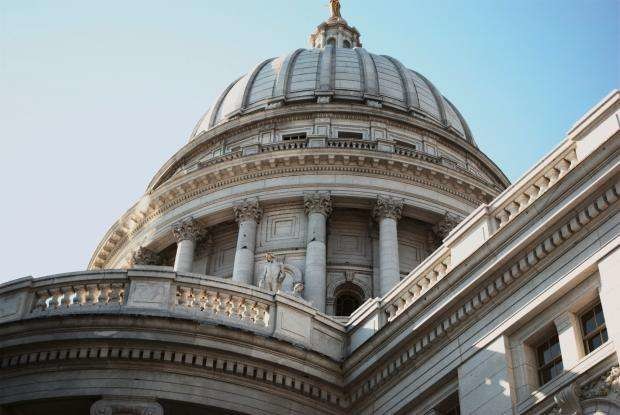 Republicans on the Legislature's budget committee approved a $25 million increase in state funding for the Wisconsin Technical College System Thursday, an amount more than Gov. Tony Evers proposed in his original budget but less than he asked for earlier this week.

At the same time, GOP lawmakers rejected Evers' plan to spend more on a needs-based college financial aid program, framing both decisions as being respectful of taxpayers, many of whom did not attend college.

"The answer to every problem can't be more money," said Rep. Shannon Zimmerman, R-River Falls. "I'm glad to see that we are increasing the funds to the technical colleges because I think they do a great job with those monies. But in terms of going even further, we do have to balance that."

The budget Evers unveiled in February would have increased state spending on the Wisconsin Technical College System by $18 million over the next two years.

On Wednesday, after new revenue estimates showed the state would see a one-time bump in tax collections, Evers called on lawmakers to double his initial request and approve $36 million in funding for technical schools.

Democrats on the budget committee supported the $36 million, with Rep. Chris Taylor, D-Madison, chiding Republicans for cutting the Wisconsin Technical College System budget in previous budgets over the past decade.

Taylor cited a memo she requested from the Legislature's nonpartisan budget office showing that since Republicans first cut tech schools in 2011, it had resulted in a net loss of $265 million in state funding.

"I just don't understand how, at this moment, we have an opportunity now to fully fund their request, how you can say no to that," Taylor said. "This is one of the most important things you can do for workforce development."

Republicans rejected the Democratic plan and passed their $25 million increase instead.

State Sen. Duey Stroebel, R-Saukville, said a tuition freeze initiated six years ago by Republicans and continued in this budget by Gov. Evers reduced the need for financial aid.

"We have many taxpayers who never went to college. We have many taxpayers that found ways to handle these expenditures on their own," Stroebel said. "So I think going deeper into their pockets to see that a very select few can go to college with paying less than they did – I think it's something we really need to think long and hard about."

Goyke, who graduated from Marquette University Law School in 2009 and St. John's University in Minnesota in 2005, said he has about $170,000 in student loan debt. He also said that between his own student loans and his wife's, they pay about $850 per month on student debt.

"The economic consequences of people owing enormous amounts of student debt or not having access to high levels of need-based scholarships and grants is that that debt carries forward for decades," Goyke said. "This alternative costs money, but the dollars that it saves by reducing the debt burden on young people in need is paid back tenfold when they leave school able to spend that money."

Evers' plan to spend $17.3 million more on the Wisconsin Grant Program failed on a party-line vote.

Also Thursday, Republicans proposed a $12.5 million increase in state funding for a variety of workforce training and education programs.

That total includes $6 million in career and technical education incentive grants and more than $5 million in local youth apprenticeship grants. It also includes $2 million to train shipbuilders for Marinette Marine, which is in the district of Rep. John Nygren, the co-chair of the Legislature's budget committee. Evers requested the shipbuilder funding in his buduget.