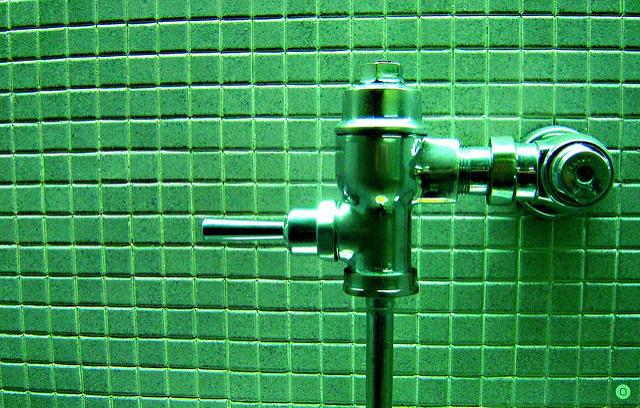 Kremer Says North Carolina Got It Right With Its Bathroom Bill
By Scottie Lee Meyers
Share:

Republican state Rep. Jesse Kremer renewed his push for a gender-specific "bathroom bill" in Wisconsin that would be similar to what was passed recently in North Carolina.

Kremer originally introduced the legislation during the last session, but it died in committee. The bill would ensure that all bathrooms and locker rooms in public schools would be designated exclusively for biological girls or biological boys, and that anyone identifying as a different sex would be given other accommodations.

"When you blow the doors wide open to a completely sexless society, there are some major problems that we need to be aware of and concerned with down the road," Kremer said.

Eventually, Kremer would like to see his bill expand to apply to all public facilities, on par with a law signed in late March by North Carolina Gov. Pat McRory.

"I think that North Carolina has this right," said Kremer.

North Carolina’s law has been highly controversial and has led to repercussions. Companies like PayPal have withdrawn plans to expand operations in the state, resulting in a loss of hundreds of jobs. Bruce Springsteen and other musicians have also canceled performances in the state in protest.

Kremer criticized Washington for passing a law back in December that mandates all public restrooms to allow transgender people. To test the rule, a man undressed in the women’s locker room at a local pool. Kremer said it could happen in Wisconsin, and that we need to protect women and children from child molesters and sexual assault.

"The problem with that is, I could take my daughter, my neighbor take his daughter, we could go to an open swim at the local high school, we send our daughters into the girl's room to change, to get their swimming suits on to go swimming, and there might a 30-year-old guy in there changing right next to them," said Kremer. "They come out to tell us -- he may have exposed himself to them, who knows what. They come out and tell us and we call the police. What are the police going to do in this situation now?"

Without his bill on the books, Kremer said the scenario would require police to turn a blind eye or risk being sued.

In a recent press release, Kremer seemed to call out his Republican colleagues at the state Capitol who didn’t help him pass his bill last session.

"With a Republican Legislature and governor, there is absolutely no reason that we should not act to protect the rights of women in this state. I, for one, will continue fighting to put a stop to this madness and legally enshrine social boundaries to protect our women and girls," he said.