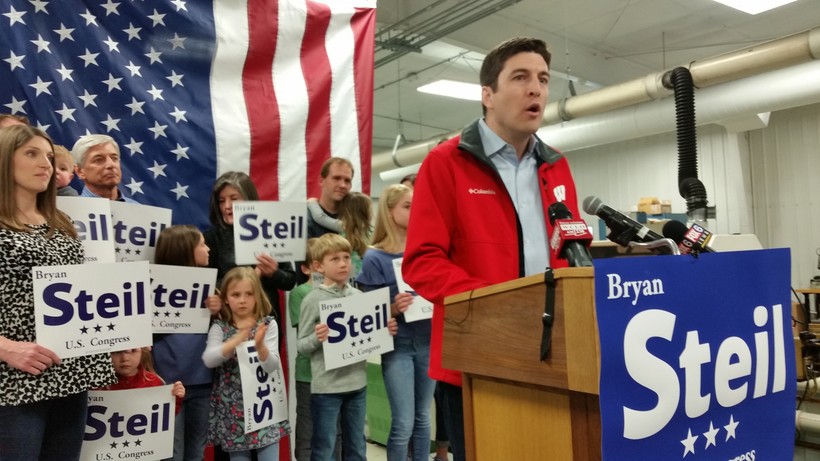 Janesville attorney Bryan Steil has announced he's running for U.S. House Speaker Paul Ryan's congressional seat, a move that Republicans hope will help keep the district under GOP control after Ryan leaves office at the end of his term.

Steil announced his run at an event in Janesville on Sunday.

"Over the years, the people of the 1st District have elected hard-working, selfless individuals," Steil said, highlighting Ryan and the late U.S. Defense Secretary Les Aspin. "They all shared a commitment to helping the people of Racine, Kenosha, Elkhorn, Janesville and everywhere in between. I am ready to take up that calling."

While prominent Republicans from former White House Chief of Staff Reince Priebus to state Assembly Speaker Robin Vos, took a pass on entering the race, Steil brings his own GOP connections to the campaign. He was appointed to the University Of Wisconsin Board Of Regents by Gov. Scott Walker, he once worked as a legislative aide to Ryan in his Washington, D.C. office and he was a delegate at the 2016 Republican National Convention that formally nominated President Donald Trump. 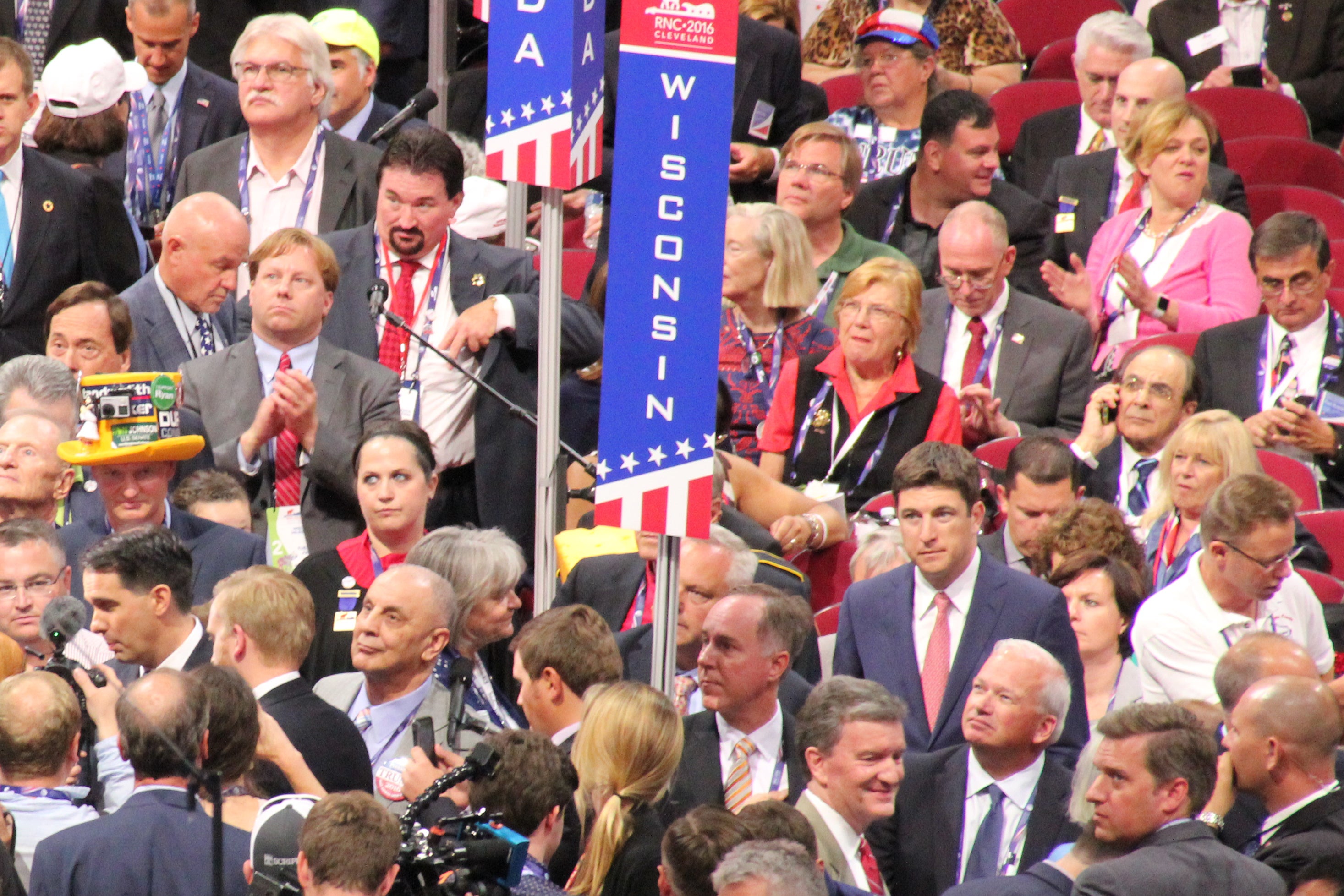 Bryan Steil among other prominent Republicans at the 2016 Republican National Convention. Shawn Johnson/WPR

Steil's campaign website, launched just before his announcement, made no mention of those ties, instead highlighting his professional experience.

"Bryan Steil has spent the last nine years working in manufacturing in southeastern Wisconsin and has seen firsthand how Washington limits economic growth," it said of his work as an attorney for Milton-based Charter NEX Films and Regal Beloit Corp.

"He has proven to be a consistent advocate for providing high-quality and affordable education," it said of his work with the UW Board of Regents.

During his announcement, Steil highlighted his deep roots in southern Wisconsin.

"I was born and raised right here in Janesville, went to Craig High School and later graduated from the University of Wisconsin. I live in Janesville to this day," he said.

Steil also talked about how his private-sector experience has framed his political views.

"For nearly a decade, I have been proud to work for Rock County manufacturers. And I have seen, firsthand, too often, (how) our own federal government gets in the way (and) puts up unnecessary roadblocks. This leads to limiting growth and limited job opportunities," Steil said. "The chattering class in Washington gets paid to identify problems. For the past nine years in manufacturing, I got paid to solve problems."

One of the problems he intends to focus is the mounting costs of education.

Health care is another area dealing with increasing costs, and Steil said he believes he can help craft the solutions.

"Health care costs continue to rise. Our national spending continues to skyrocket, and workers need skills for the jobs of the future. I want to take our Wisconsin work ethic and my problem-solving skills to Washington's non-stop crisis factory," he said.

Steil is making his first run for public office at a time when signs suggest that Republicans could face an especially difficult election cycle in November. Walker himself has warned of a "blue wave" and told Republicans that the political wind isn't at their back.

Steil urged supporters to make sure that Republicans keep control of Congress in November.

"Two and a half years ago, Paul Ryan made us all proud by taking the gavel, becoming Speaker of the House. Next year, Paul will hand the gavel to someone new. We cannot let (former House Speaker) Nancy Pelosi take it back," he said.

Already, two Democrats — ironworker Randy Bryce and teacher Cathy Myers — have announced they're running. Both have posted strong fundraising numbers, and Bryce's campaign announced recently that he had $2.3 million in the bank.

"It's hard to think of anyone less in touch with the struggles facing working families than a third-generation corporate attorney from a politically-connected family," said Bryce's campaign spokeswoman Lauren Hitt.

Myers issued a statement that criticized Steil's appointment to the UW Board of Regents by Walker.

"Voters don’t want another rubber stamp in Washington, they want a representative who will fight for them," Myers said.

Another Democrat, former state Assembly Minority Leader Peter Barca, hinted after Ryan announced his retirement that he might run for the seat.

But while the 2018 election cycle might favor Democrats nationally, the 1st Congressional District favors the GOP, especially after it was redrawn in the most recent round of redistricting.

Ryan's closest election was in 2012, when he won 55 percent of the vote in his race for Congress even as he was also on the ballot as Mitt Romney's vice presidential nominee.

In addition to Steil, at least three people have said they plan to run as Republicans.

They include Paul Nehlen, who received roughly 16 percent of the vote against Ryan in a 2016 GOP primary. Nehlen made national news recently when he was kicked off of Twitter for racist tweets.

The primary for the 1st Congressional District is on Aug. 14.