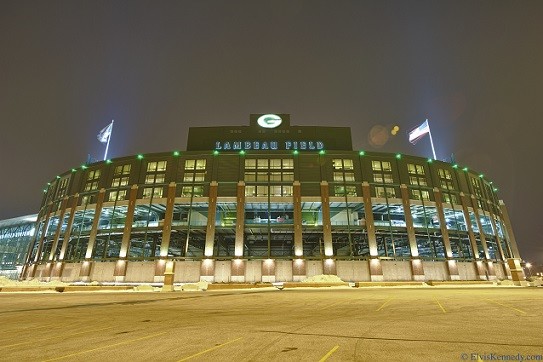 Will Some Wisconsinites Miss Seeing Packers In Playoffs?
By Cynthia Schuster
Share:

The Green Bay Packers head to the playoffs this Sunday in a game against the San Francisco 49ers, yet thousands of seats remained unsold as of Thursday afternoon.

With forecasters predicting a high temperature of minus 7 degrees on Sunday, frigid temperatures are being partly blamed for the shortage of ticket sales.

But, without a sellout stadium, some parts of Wisconsin, including Green Bay itself, wouldn't be allowed to see the game on local television stations. In a last-minute reprieve on Thursday, NFL officials gave the team until Friday to sell the remaining tickets.

Green Bay, a city of die-hard Packer-backers, has seen its beloved NFL team through thick and thin -- even through the fabled "Ice Bowl" -- so many are wondering how this situation came to pass.

“I think perhaps we have gotten a little soft,” said Don Walker, a reporter and blogger at the Milwaukee Journal-Sentinel. “The game time temperature for the Ice Bowl on Dec. 31, 1967, was 13 below. I’m not even sure they invented windchill at the time.”

Walker also said the NFL’s rule to have a sellout stadium for playoff games is quite old, possibly even outdated.

“Those were the days, and I remember them well, when people would drive 75 miles or more to find a bar or tavern -- some other television market -- and watch the game. Most people agree that in this digital era, it’s an archaic rule that perhaps ought to end soon,” said Walker.