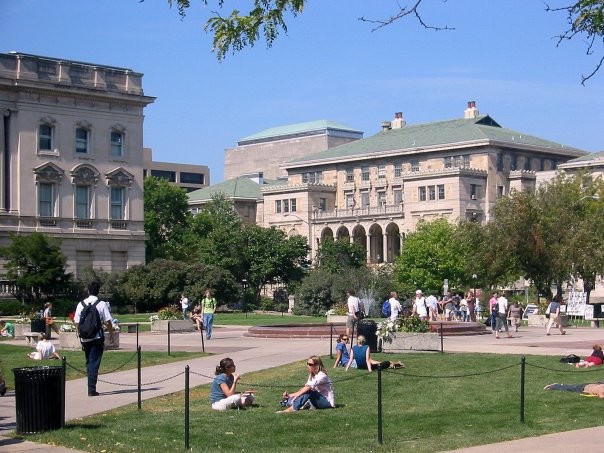 Wisconsin ranks 41st in the nation for total revenues going to higher education, according to a new report from the non-partisan Wisconsin Policy Forum. It shows the state ranks last in the Midwest.

Between 2011 and 2019, the report shows state and local revenues dropped at the sixth-highest rate in the Midwest.

Some of the causes of the revenue declines, according to the Wisconsin Policy Forum, include shifts in how Wisconsin funds the University of Wisconsin System and the Wisconsin Technical College System (WTCS).

In 2010, state tax revenues, known as general purpose revenue (GPR), was the largest source of funding for the state's universities and two-year campuses. Now, federal revenues and tuition are the two largest revenue sources for the university system.

In terms of state spending priorities, the UW System fell from second in 1992 to fifth as of 2018. In 1992, only state K-12 schools received more GPR support. In 2018, more state funds went toward Medicaid, K-12 schools, prisons and property tax credits than to UW campuses.

Another financial stressor for the state's higher education system is declining enrollment.

For the UW System, full-time enrollments have dropped by an average of 8.4 percent since a peak of 142,907 in 2010. Enrollments at the state's two-year colleges fell by more than 47 percent between 2011 and 2019. Last year, two-year UW campuses in Baraboo, Barron County, Manitowoc, Marinette, Marshfield, Richland Center and Sheboygan each enrolled fewer than 300 students.

The report also noted enrollment at the state's technical colleges has fallen by 22.5 percent since peaking in 2011.

"When you look at the last 10 years where you have these various pressures hitting the university, enrollment comes on top of those and certainly adds to the challenge," said Wisconsin Policy Forum researcher Jason Stein.

But not all UW campuses saw enrollment declines between 2011 and 2019. UW-La Crosse, UW-Green Bay and UW-Madison bucked the trend and saw growth. The report notes that in 2019, UW-Madison logged a 2.3 percent increase in enrollment, the largest growth in 30 years.

The multi-year freeze on tuition increases has further hampered the ability of the UW System to raise revenues. But the Wisconsin Policy Forum notes the freeze has been popular in state polling.

The report notes that the tuition freeze followed a decade of tuition increases. For UW-Madison, tuition increased by more than 141 percent between 2001 and 2011. Tuition more than doubled at the state's other universities, though specific percentages were not given in the report.

Since the tuition freezes took effect across the UW System, tuition revenues have faltered.

"When combined with falling enrollments, these policies have had a substantial effect on a key funding stream for higher education," said the study. "After rising rapidly during the 2000s, inflation-adjusted tuition revenues have been falling for WTCS since 2011 and for the UW System since 2016."

The expansive Wisconsin Policy Forum report offers suggestions to state policymakers to address funding concerns across the state's higher education landscape. They include minimizing cuts in state appropriations "and eventually restoring and increasing them." The report also suggests that lawmakers could allow tuition to increase so that it matches increasing costs driven by inflation.

The report suggests that colleges and universities could increase enrollment by expanding online education and "supporting students of color more effectively."