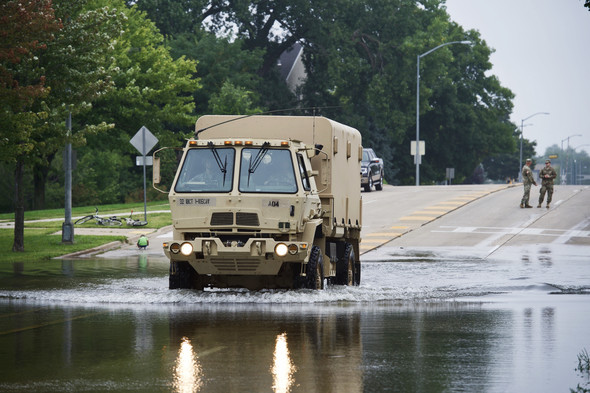 Report: Wisconsin Has Reduced Its Vulnerability To Flooding

The state witnessed heavy rains and flooding last year that led to saturated soils followed by an extremely wet spring this year. If it sounds all too familiar, those same conditions helped set the stage for widespread devastation across the state in 1993.

Major flooding that year caused around $15 billion in damages across the Midwest, of which Wisconsin experienced nearly $1 billion in damages. More than half the counties in the state were declared a federal disaster area and at least 4,700 homes were damaged. Thousands were evacuated.

Twenty-five years later, in 2018, Wisconsin wasn't able to escape the effects of flooding. That year, the state saw more than $233 million in damages from storms that began in August.

Flooding has caused more than $845 billion in damages across the United States since 2000, according to a report released this week by Pew Charitable Trusts. As communities are under threat from more frequent, intense storms, the nonprofit group says Wisconsin is among 13 cities and states that have been able to reduce their vulnerability to flooding. 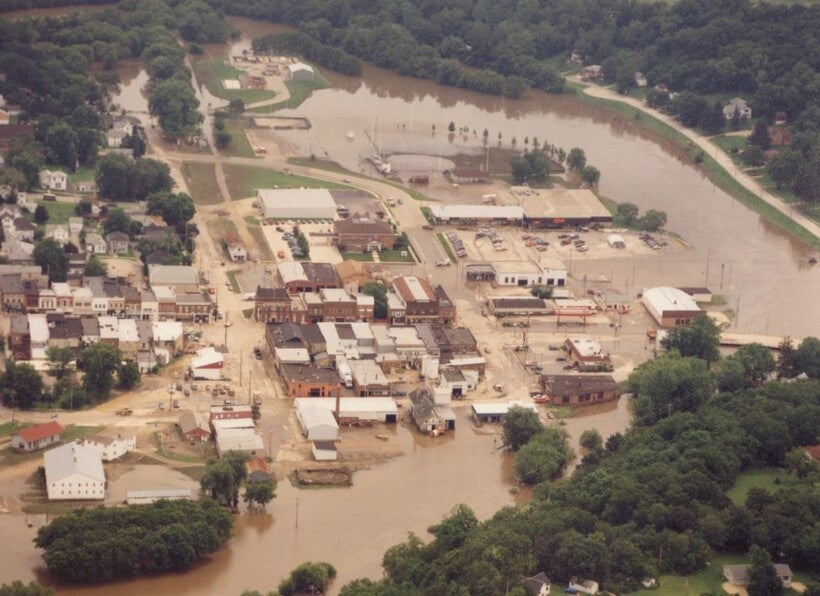 "We thought Wisconsin with their program that has led to a significant number of buyout projects is a really great example to include," said Matt Fuchs, an officer with Pew's Flood-Prepared Communities project.

The state grant program has funded buyouts that removed 140 properties as part of efforts to reduce flood risks for homeowners and communities from 2002 to 2018, according to data the group obtained from the Wisconsin Department of Natural Resources, which runs the program. However, the report shows demand from communities seeking funds exceeds the money available. 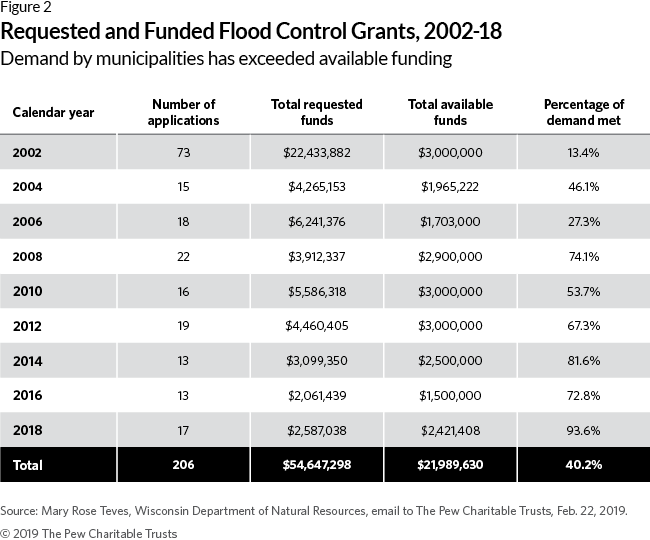 "There’s a lot of mitigation demand right now on all levels from residential to infill structure roads to public utilities to restoring floodplains because of all the flooding events we are having," Staff said.

A lack of funding or resources is often a common theme among communities who apply for flood mitigation funding, which foots half the cost of flood control projects. Yet, Staff said it’s sometimes difficult for local governments to contribute matching funds to qualify.

"If there’s other grants that are federally funded or locally funded, we can match with other funding sources," Staff said. "But, we do hear that a lot. It is hard for them to get the other 50 percent." 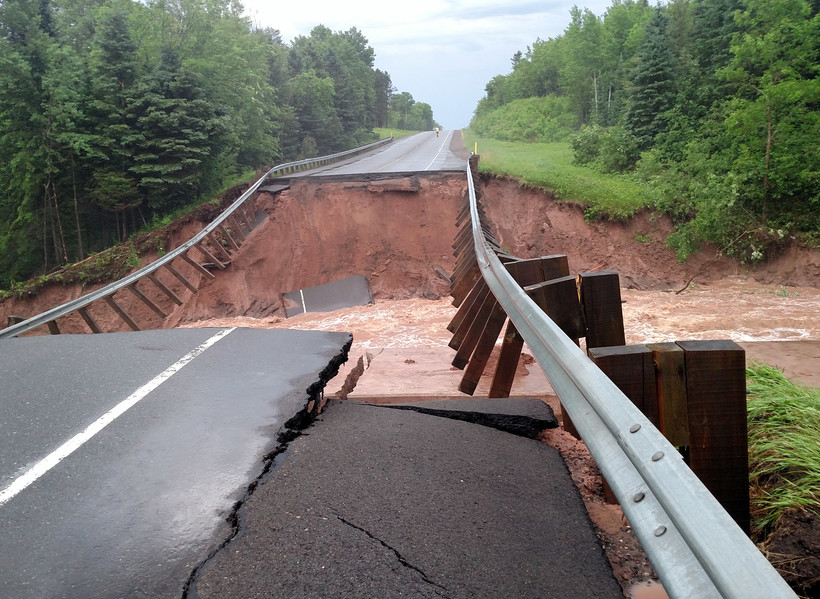 The report’s findings are no surprise to Curt Witynski, deputy director of the Wisconsin League of Municipalities.

He said communities have been restricted by state limits on raising property taxes to address various needs or what voters are willing to spend. At the same time, local governments are dealing with aging infrastructure that’s ill-equipped to handle more frequent, intense storms.

"That’s resulted in flooding of neighborhoods and streets and breaking down some of our stormwater infrastructure earlier than usual or it’s not lasting as long," said Witynski.

Communities are often looking to the state and federal government to fund their needs.

Around $250 million has been made available through those grants and another $160 million to reduce flood risks on insured structures in the current grant cycle. The federal agency has also set a goal to quadruple funding for mitigation by 2022.

But, cities and states are also looking at ways to address flooding through existing funds or by creating new revenue sources, according to Pew's report. 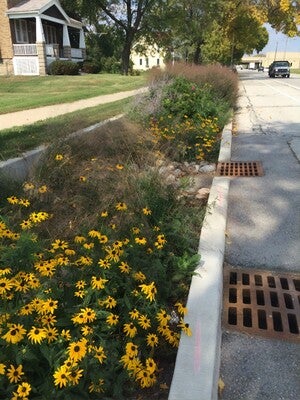 Cities like Fort Collins, Colorado, or Milwaukee have enacted regulations that drive less risky development or installation of green infrastructure.

"Nature-based mitigation like parks, and creating and restoring wetlands can have significant advantages," Fuchs said.

He highlighted the ability of such projects to absorb rain and coastal surges, as well as serve as habitat for fish and wildlife. Fuchs pointed to Milwaukee where the city has bought land to increase capacity to hold stormwater. The Milwaukee Metro Sewerage District has a plan to capture the first half-inch of rain or 740 million gallons of water through green infrastructure in the region by 2035.

"These policies can help to allow communities to reap those savings," Fuchs said.