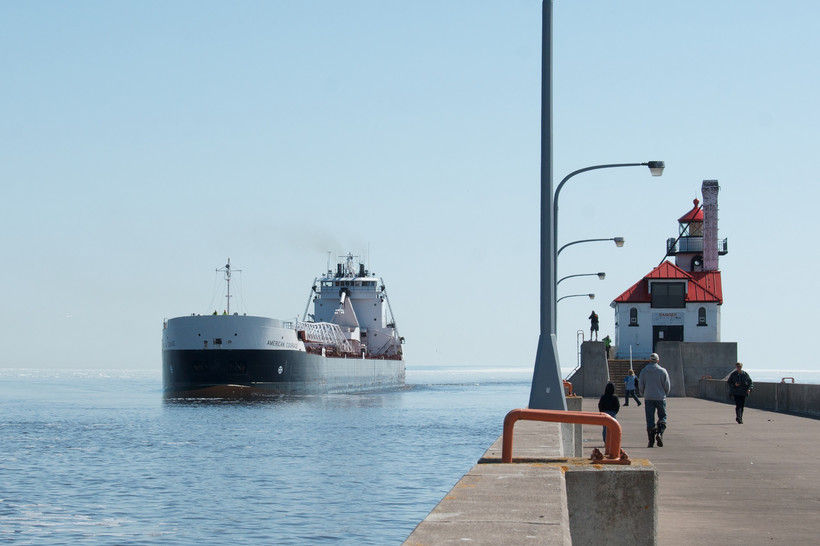 The Twin Ports created $1.4 billion in economic impact and supported 7,881 jobs last year, according to a new report. However, those numbers are down by roughly one-third since 2010 due largely to changing energy demands.

The report was part of a larger study compiled by economic consulting firm Martin Associates out of Lancaster, Pennsylvania, and commissioned by marine industry stakeholders. Martin Associates President John Martin said the major reason the number of indirect jobs has fallen from 11,510 in 2010 is that coal shipments have dropped by roughly 8 million tons.

"Obviously, it affects the direct jobs and that further affects the re-spending effect because there’s less people buying goods and services and housing and retail and whatnot," said Martin.

Martin cited the shift away from coal by utility companies who relied on shipments from Duluth-Superior that originated from the Powder River Basin in southeastern Montana and northeastern Wyoming. Duluth Seaway Port Authority Executive Director Deb DeLuca agreed declining coal shipments is due to less demand.

"It’s playing a smaller role in energy production in this country, but also in Canada," she said.

Canada was a major market for coal moving through the Twin Ports, said Richard Stewart, director of the University of Wisconsin–Superior's Transportation and Logistics Research Center.

"The Canadian government with foresight has reduced the number of coal-fired power plants, switched to liquefied natural gas or compressed natural gas that they’re using or natural gas through a pipeline," Stewart said. "That has resulted in a lot less shipments of coal out of the Port of Superior."

Martin also noted high costs to obtain a ship pilot to guide foreign vessels through the Great Lakes, as well as competition from coastal ports, mark a disadvantage for the international port.

"The ability to load deeper draft ships and reduce the cost per ton out of the Pacific Northwest or out of New Orleans on bigger ships because of the restricted 27 feet draft on the Seaway makes a competitive disadvantage in some cases for grain moving out of the Great Lakes," said Martin.

Yet, Deluca cautioned the report represents a snapshot in time, noting the Twin Ports has moved an average of 1 million tons to 2 million tons of grain each year.

"Iron ore is actually up this year and the past couple years it’s been strongly up," she said. "It kind of counteracts some of that."

Meanwhile, she said terminal operators are always looking for ways to diversify cargo. Stewart noted products moved on the Great Lakes have changed greatly over time.

"If this economic study went back far enough, we would see that at one time fish was the principal export out of here and then it became lumber and then it started to become iron ore and taconite," said Stewart. "Products change just as consumer demand changes and all ports have to diversify and be nimble to keep up with that."

The Twin Ports has renovated the Garfield Pier in recent years to develop intermodal infrastructure that connects shipping with road and rail. The Port of Duluth-Superior has also been exploring cruise ship tourism to draw in more business to the region.