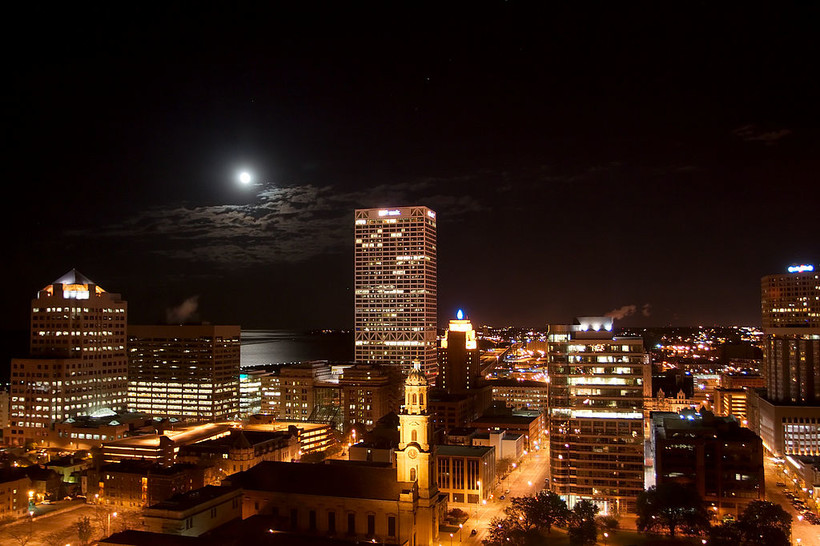 Milwaukee Ranks No. 1, Racine Ranks No. 2 For Worst City For African Americans
By Alana Watson
Share:

For the third year in a row, Milwaukee and Racine are among the worst cities in the United States for African Americans to live, according to a recent report from a financial news company.

Black Americans in the two cities make half of the median income of white residents and are nearly 12 times more likely to be put in prison than their white counterparts, according to the report.

The company created an index of eight different measurements, including education, income, health, incarceration and achievement gaps between whites and blacks to assess the race-based gaps in the nation’s metropolitan cities. Within this index, the company also compiled data from the 2017 U.S. Census Bureau’s American Community Survey.

"While there have been substantial progress over the 50 years since the civil rights era, racial disparities persist to have worsened in some of America’s largest cities," the report states.

This year is the 55th anniversary of the Civil Rights Act that was passed in 1964. The legislation outlawed racial segregation and other forms of discrimination. The report states that undoing segregation and addressing racial disparities has remained unchanged in many metropolitan cities.

The rankings are as follows:

Pamela Oliver, a sociology professor at the University of Wisconsin-Madison, said she has studied incarceration rates across the state.

"Segregation and discrimination are preventing the upper ward mobility of black folks who migrated here a generation or two ago," Oliver said.

She told WPR that Wisconsin is traditionally a state where white people are more well off than their black neighbors.

"Black people who migrated to the state post World War II, for a variety of reasons, had a lot to do with segregation and discrimination, got stuck in locations where they were not able to advance and integrate into the larger economy," Oliver said.

In Racine, the African American population decreased by 1 percent from last year's report. Over 30 percent of black residents live in poverty in the city, which is nearly four times the poverty rate of 8.7 percent of their white counterparts, according to the report.

Milwaukee has some of the largest racial disparities in health, income and other socioeconomic measurements in the nation. Unemployment rates decreased by 2 percent from last year and the homeownership rate dropped by 1 percent.

Oliver said that when the state started to industrialize and different plants and factories closed, cities along Lake Michigan like Milwaukee, Racine, and Kenosha were hit very hard.

"The pattern of economic changes in southeastern Wisconsin is sort of the back talk to why you are seeing these patterns," Oliver said.