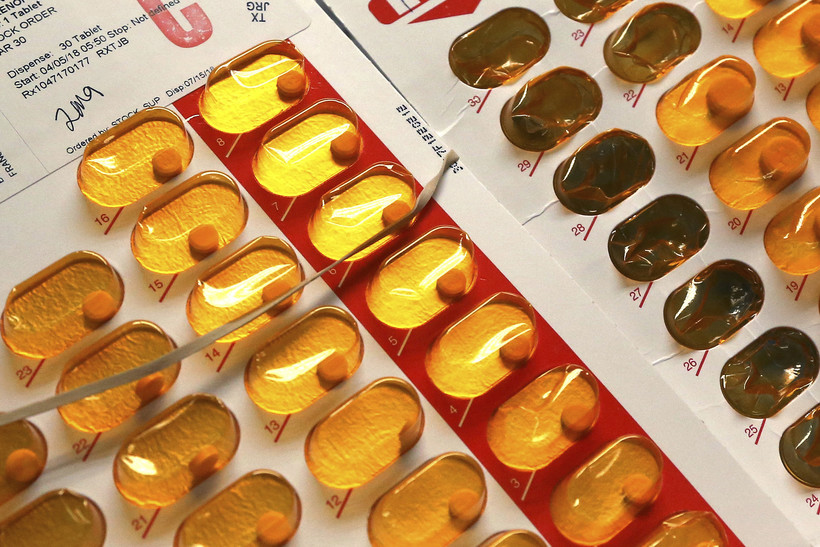 More people would be able to afford medication to treat opioid addiction if Wisconsin accepts a federal expansion of Medicaid, according to a new report from a liberal advocacy group.

The report, released Wednesday by Citizen Action of Wisconsin, found the average low-income individual who would be eligible for Medicaid under the expansion would pay as much as 72 times more for opioid addiction drugs on the Affordable Care Act’s private insurance marketplace than through Medicaid.

The Medicaid expansion, proposed by Gov. Tony Evers, would extend Medicaid — known as BadgerCare in Wisconsin — to people who earn up to 138 percent of the federal poverty level, or about $17,200 per year.

Right now, the state offers Medicaid to people who earn up to 100 percent of the federal poverty level, or about $12,500 per year.

"If you raise financial barriers for people to get basic health care, preventative health care or treatment, like vital opiate addiction treatment, then you actually deny care to people and you make our public health much worse and you risk the lives and the livelihood of those individuals needlessly and only for political reasons," Kraig said.

According to the report, there are vast regional differences in the price of drugs that treat opioid addiction, including buprenorphine-naloxone. It found the drugs were 22 times more expensive on the private marketplace than Medicaid in La Crosse and 111 times more expensive in Stevens Point, Wausau and Rhinelander.

Joseph Galey, a recovering addict and recovery coach at the nonprofit Safe Communities in Madison, said being able to afford opioid addiction medication is a challenge for many.

"This is one of the greatest barriers that I face on a daily basis," he said. "In my own recovery, when I started the road to recovery, it was very difficult."

The report said the full retail cost for naloxone averages about $128 for a pack of 14 pills. Some patients are recommended to take the drug for the rest of their lives.

Evers and Democratic state lawmakers have been pushing the GOP-controlled Legislature to accept the Medicaid expansion, which former Gov. Scott Walker first rejected in 2014.

Republicans argue the expansion will raise costs on the private marketplace.

Leaders of the Legislature’s budget-writing committee announced plans last week to strip Evers’ proposal from the budget during its first vote on the two-year spending plan on Thursday.

Kraig said he and other advocates will continue to fight for the proposal, however that vote plays out.

"I don’t think that (Thursday) is final at all," he said. "Until the governor signs a budget, it’s not final ... I think this is going to be a long debate."