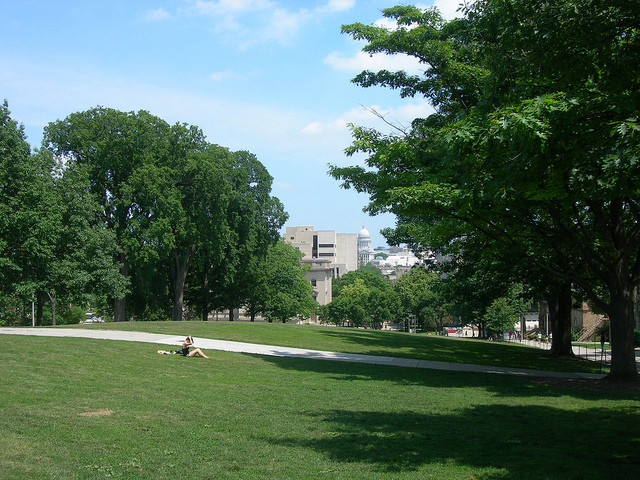 College enrollment was down 1.3 percent across the country during the current semester, and Wisconsin saw the fifth-largest drop in students, according to a new study.

The number college students in the state dropped by 4.1 percent this year, according to a recent report from the National Student Clearinghouse.

In Wisconsin and nationally, the largest declines in the number of enrolled students happened in two-year, public colleges. Enrollment at Wisconsin’s technical colleges has declined each year since 2010. During the 2009-2010 school year, the system served about 382,000 students. By 2014-2015, the most recent data available, enrollment had dropped to just over 304,000.

The decrease corresponds with a steady decline the state’s unemployment rate. Older students who went to school during the recession are heading back into the job market, according to Jason DeWitt, research manager for the clearinghouse's research center.

Other impacts from that period are still playing out.

"These are the students that fueled the boom in enrollments in two-year publics during the recession," he said. "At the same time, during a recession, there’s a lot of pressure on state budgets, so institutions tend to become more tuition-dependent, which in the long run can drive enrollments down."

Midwestern and northeastern states are also contending with a shrinking pool of high school grads. Since 2010, Wiscon’s population growth has been happened almost entirely among those over 18 years of age.

Still, having fewer residents with credentials beyond a high school diploma can have a long-term drag on the state’s economy, DeWitt said. And cuts to state funding could leave campuses less agile and able to respond to the changing needs of the work place.

"Usually when you go to war, you build up your war fighting machine as much as possible," DeWitt said. "But for some reason, when it comes to higher education, the opposite tends to be the case. During a recession you’re fighting a war on unemployment, higher education is one of your best weapons."