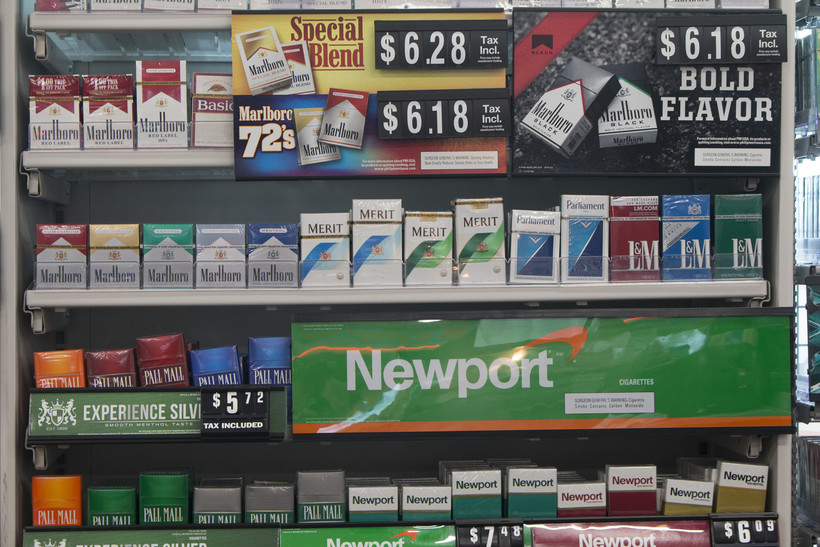 Tobacco Products Sold Next To Candy In 42 Percent Of Audited Stores In Primarily African-American Neighborhoods
By Elizabeth Dohms-Harter
Share:

Tobacco is sold at more locations and is marketed more strongly in predominantly African-American and Latino communities compared to white neighborhoods in and around Milwaukee, according to a report from the University of Wisconsin-Milwaukee's Zilber School of Public Health.

The Milwaukee Collaborative Project relied on data collected in 2016 from 195 retailers in Milwaukee and the surrounding communities to survey the cost of tobacco products. The data also looked at how tobacco products were promoted and where they were located in the store, said Linnea Laestadius, a public health researcher at UW-Milwaukee and one of the authors of the report.

"It's really not good news, to put it frankly," she said. "We are really seeing really strong targeting of these populations in a way that you would (also) see in other major cities in the U.S."

In the study, tobacco retailers in three different clusters were audited. The retailers were chosen based on whether the zip codes where they resided were predominantly white, Latino or black neighborhoods.

"African-Americans are targeted way more than their counterparts in regards to cigarettes, specifically menthol cigarettes because they're the easier way to become addicted to them due to the taste," said Oby Nwabuzor, director of community impact, health equity and multicultural health at the American Heart Association, noting that menthol cigarettes aren't as harsh as regular ones. This table shows the demographics breakdown for each zip code where tobacco sellers were audited. Graphic courtesy of a report from UW-Milwaukee's Zilber School of Public Health.

The study also looked at marketing tactics, such as putting cigarettes next to candy or having more outdoor advertising for menthol cigarettes, she said.

Cigarettes were next to candy in 5 percent of stores in white neighborhoods compared to 42 percent in African-American neighborhoods.

"Tobacco companies use price promotions, for one, such as discounts and multi-pack coupons and giveaways such as T-shirts, lighters and other little trinkets, even utilizing candy as a use of advertisements to get the youngsters to buy tobacco products," said Nwabuzor, who is also co-chair at the Wisconsin African-American Tobacco Prevention Network.

Laestadius said people that are more exposed to tobacco in stores as children are more likely to start smoking as adolescents. It's also harder for adults to quit smoking when they're confronted with so much advertising to the contrary.

"There's a whole real lifespan effect of this advertising," she said.

The study was developed using a method developed by the Centers for Disease Control and Prevention and the National Cancer Institute. The Standardized Tobacco Assessment for Retail Settings method involves researchers and volunteers conducting store audits to look at factors like the cost of cigarettes, where they're placed and what the advertising looks like.

Laestadius said even though cities such as Chicago have banned the sale of flavored tobacco, including menthol, within 500 feet of schools, that likely won't happen in Wisconsin. That's because of state law that "preempts local tobacco control policies related to advertising, licensing and youth access," the report states.

Similar studies have been conducted in other large U.S. cities, but this is the first conducted in Milwaukee, Laestadius said.