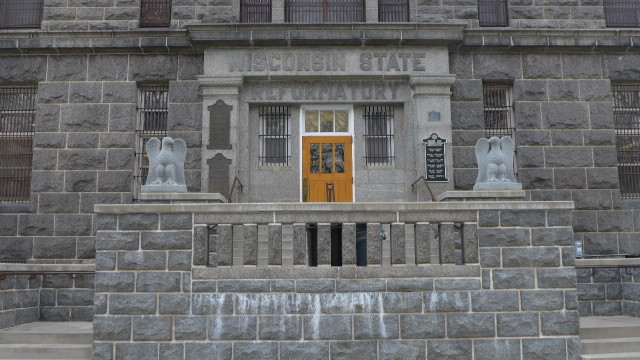 Wisconsin taxpayers would lease a new privately built prison to replace the more than century-old Green Bay Correctional Institution under a plan that received a state Senate hearing Thursday.

The Green Bay Correctional Institution was first opened in 1898. Like other Wisconsin prisons, it incarcerates hundreds more inmates than it was designed for.

"We are maxed out at our maximum security facilities," said Rep. Dave Steffen, R-Green Bay. "We have to find solutions."

Steffen's plan would require the state to solicit bids from private companies to build a prison by 2022. That company would then lease it back to state government, which would have an option to buy the facility.

"We don't have to pay until that lease starts," Steffen said. "Once we get the keys to the facility and start operating within it, then we start paying."

The Green Bay prison is adjacent to a residential neighborhood in the Village of Allouez and overlooks the Fox River near Lambeau Field.

Under Steffen's plan, a new prison would likely be built in a more rural location where there would be more available land.

Having the state lease a prison instead of borrowing to building it outright worried state Sen. Robert Wirch, D-Kenosha, one of lawmakers who sits on the committee considering Steffen's proposal.

"How do we know how much this private organization is going to charge the state?" Wirch said. "They have us at their mercy."

Prisoner rights advocates testified against it, arguing the state would be better off spending money on treating mental illness and addiction than on locking more people up.

"We will never incarcerate our way out of this public health crisis," said former Dane County Jail Chaplain John Mix.

Because the new prison would be a private facility, Steffen said it would be subject to property taxes, which would help local governments and schools.

Village of Allouez President Jim Rafter said the land where the prison sits now would be open to private development, which would help his community.

"We have the most valuable land in Brown County, acre for acre," Rafter said. "All we want to do is make it better."

Steffen said that could mean converting the historic buildings at the Green Bay Correctional Institution into condos or retail and commercial space. He told the committee that a similar project is underway at an old prison in Virginia.

"It's an upscale, millennial-attracting place," Steffen said. "Seize the possibility."

The nearby Waupun Correctional Center is even older than the Green Bay Correctional Institution. It opened in 1854, just six years after Wisconsin became a state.

Steffen said it could make sense for a new prison to replace both facilities, though he said Waupun was in much better shape, despite its age.