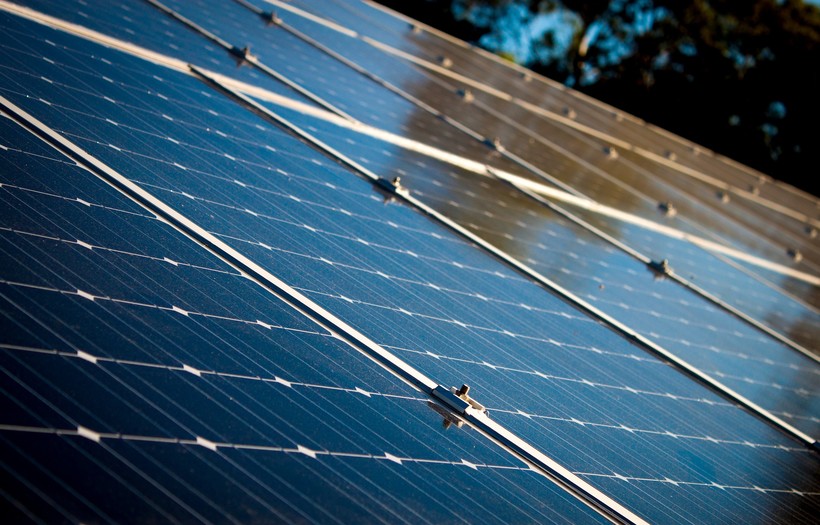 The Midwest Renewable Energy Association (MREA) filed a complaint Thursday in Portage County Circuit Court against the Public Service Commission of Wisconsin (PSC). The group argues regulators are going beyond their authority by preventing third-party financing — when a third party pays the upfront cost of a solar installation, allowing the customer to lease solar power and pay it off over time.

Another form of third-party financing involves power purchase agreements where solar installers sell the power generated to a customer at a fixed rate that's often lower than those provided by an electric utility, according to the Environmental Protection Agency.

"We have to put an end to the 'can’t-do' attitude of the past that produced Wisconsin’s outdated and overpriced fossil fuel infrastructure," said Nick Hylla, MREA’s executive director, in a statement. "We have better options. Families, businesses, schools, and churches want to innovate and invest in advanced clean energy, but Wisconsin’s electric utilities are using faulty (PSC) guidance to strengthen their monopoly control and reduce options for electricity ratepayers."

The renewable energy association contends PSC guidance documents have generally found third-party financing would qualify such projects as a public utility in Wisconsin. That means solar projects would have to get approval from regulators to sell power to customers.

A PSC spokesperson said the agency is aware of the lawsuit, but declined to comment on pending litigation.

Tom Content, executive director with the Citizens Utility Board, said the option to lease solar in Wisconsin is mostly available through utilities. He thinks customers should have more options for accessing renewable energy.

"But, there are no other places to shop around," said Content. "Because of the way it's worked out in Wisconsin, there's a lack of clarity on what the rules are in Wisconsin. There's a gray area."

The complaint highlights that the Wisconsin Department of Administration has used third-party financing to obtain solar energy. Through such contracts, the renewable energy group notes the state was able to take advantage of federal tax credits for solar development that it wouldn't otherwise be able to access.

MREA wants to install three separate 20-kilowatt solar panel systems on public schools in the Milwaukee area and other institutions. The projects are part of a pilot program that would utilize power purchase agreements where the association would pay for the upfront cost. But, MREA hasn't moved forward because of the commission's guidance that it would be considered a public utility subject to regulation.

Third-party financing has drawn opposition from utilities, which argue only regulated utilities should be allowed to sell power in Wisconsin. The matter has been highlighted after Iowa solar developer Eagle Point Solar wanted to install solar panels on buildings in Milwaukee, according to the Milwaukee Journal Sentinel. We Energies would not allow those systems to connect to the utility's system.

In a statement, We Energies contends Wisconsin law is clear.

"If anyone sells electricity to our customers, they should be viewed as a public utility and should be registered as such," wrote Brendan Conway, the utility's spokesperson. "In Eagle Point’s case, because we already provide retail electric service to the city, Wisconsin law prohibits Eagle Point from doing so. Not only is the agreement illegal, it shifts costs to customers who are paying for the infrastructure that provides service when needed and would allow some customers to benefit from our system without paying for a portion of it."

The utility serving the Milwaukee area said it's connected more than 1,000 solar systems to its grid since 2017 that have been installed at homes and businesses, including 400 last year.

The complaint argues the commission is unlawfully barring homes and businesses from reducing their power consumption and electricity costs. They argue low-income families, schools and local governments may not be able to afford the upfront costs of solar installations without utilizing a third party to help foot the bill.

According to the group, 28 states use third-party financing to pay for solar projects.