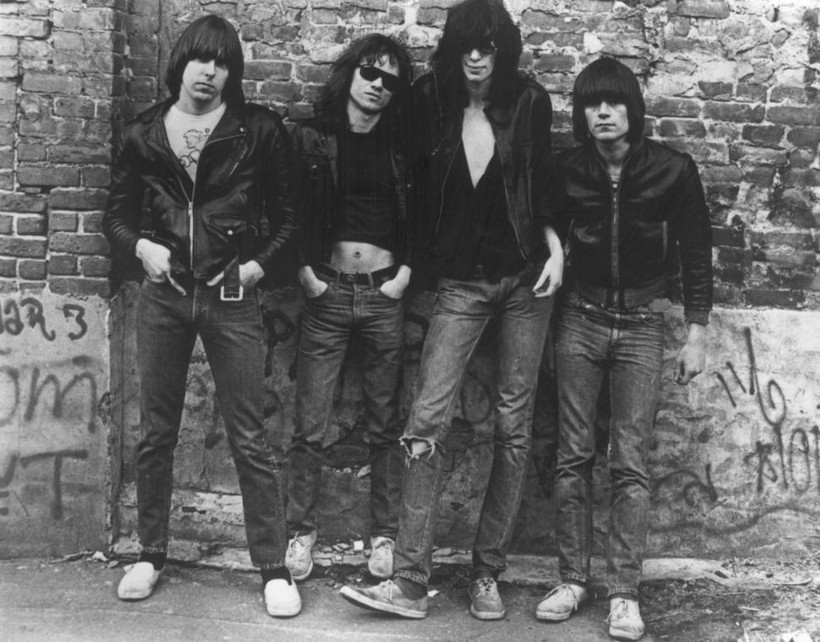 Remembering Tommy Ramone: Quiet Ramone Was Brains Behind The Scenes

While any music fan would likely be hard-pressed to recognize the name of Thomas Erdelyi, his contributions to the Ramones, the birth of punk rock and rock 'n' roll as a whole long ago earned him a critically important place in the American musical pantheon.

Erdelyi died on Friday after a battle with cancer of the bile duct. He was 65 years old.

Household name or not, the fact that Erdelyi remains unknown to the public was largely by design. As one of the founding members of the Ramones, Erdelyi hid behind the stage name of Tommy Ramone and when the group formed in the mid-1970s, he was reluctantly pressed into service as the ultimate unflashy drummer.

What can't be overlooked however is what the Ramones achieved and particularly, Erdelyi's role in helping the quintessential New York punk band restore and reinvigorate rock music in the late '70s.

While the Ramones' stage names suggested this was a band of brothers, the four-piece's only linkages were their common Queens, N.Y., upbringing and a shared taste in music (pre-"Sgt. Pepper" classic rock and Phil Spector-era girl groups like the Ronettes, as well as proto-punk groups like the Stooges and the New York Dolls). And like any family -- real-life or pretend -- each member of the Ramones played an important role.

In the case of Erdelyi, he played two parts. He was both the band's musical engine and its central organizer. Initially and most directly, he was responsible for the Ramones' straight-forward, driving rhythm. It was an unflinching, locomotive bed for their signature three-chord guitar melodies. The music was an uncanny union of '50s and '60s pop sensibilities delivered with an abrasive, sometimes stoopid garage-rock attitude. But beyond his drumming, Erdelyi was also the essential visionary for the band's sonic aesthetic and the formulator of the Ramones' hard-edged, teen-pop ditties. As Erdelyi conceived it, the Ramones' music emphasized guitar-riff substance over all kinds of melodic or artistic pretense.

Committed to that vision, the Ramones instantly made the big acts of the day like Led Zeppelin, the Who, Pink Floyd and other masters of the hockey arena appear thoroughly overindulgent. And as the years passed, the Ramones' music formed a template for all of punk rock to follow.

Outside the spotlight and especially within the controlled confines of a rehearsal space or recording studio, Erdelyi's presence in the Ramones grew outsized as the years passed. Despite moving ever further behind the scenes, he continued to exert a crucial influence on the Ramones' recorded output. Although Erdelyi was only officially in the group for four years -- 1974 to 1978 -- he took on a Brian Wilson-like role above the group. (Live, Erdelyi was replaced as drummer by Marky Ramone.) Off the road, Erdelyi continued to play on and produce most of the band's greatest records, like their self-titled debut, "Leave Home" and "Rocket To Russia." He also wrote or co-wrote some of their best-loved songs like "I Wanna Be Your Boyfriend" and "Blitzkrieg Bop."

Even after the band sought outside producers for their subsequent albums, their work together became definitive musical statements of the Ramones. Erdelyi alone seemed capable of successfully taking the dispirit musical inspirations and his bandmates' oddball characteristics and pouring it into the Ramones' sonic mold. While his bandmates frequently offered the raw materials in the form of the songs themselves, Erdelyi deserves credit for musically realizing the band's unique aesthetic.

Erdelyi's erstwhile bandmates all died relatively young and within only a few years of each other. Frontman Joey Ramone died of lymphoma in 2001. He was 49. Bassist and band wildcard Dee Dee Ramone died at the age of 50 of a heroin overdose in 2002. Guitarist Johnny Ramone died in 2004 after a long battle with prostate cancer. He was 55.

When his bandmates began passing away in the first decade of the 21st Century, Erdelyi served one final role for his former friends: He became the de facto spokesman for the Ramones. He appeared at various award ceremonies and the Rock and Roll Hall of Fame and offered his take as the final conspirator standing for a revolution that forever changed pop music. He was the standard bearer, holding true to the group's ideals even as he and other ex-upstarts were welcomed into the music industry institutions they had long ago sought to unseat.

In an odd twist, Thomas Erdelyi wasn't even his real name either. Erdelyi was born Erdelyi Tamas in Budapest, Hungary, in 1949 before his family immigrated to Queens after World War II. As was the case with the Ramones' music itself, this Ramone's life and legacy was more substantive than the band's public pretense. Few would have thought these musicians, who looked like a bunch of dumb street-gang delinquents, were actually visionaries. And that's one reason so many loved Erdelyi and his band.