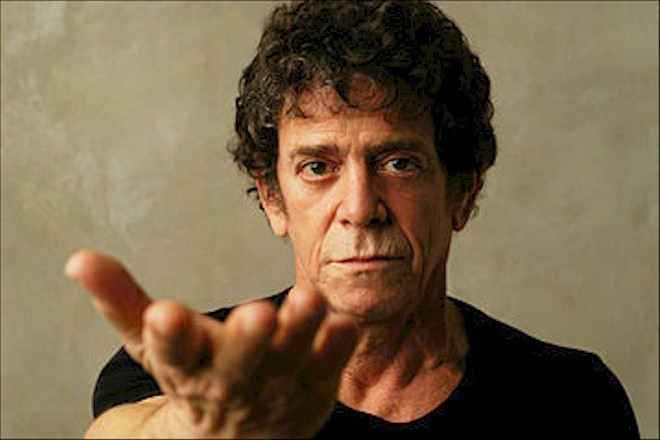 As rock gods go, Lou Reed remained an odd fit in rock music's pantheon. In a popular art form that so persistently champions the thoughts and feelings of rebellious outsiders, Reed always stood far out from the pack.

Reed, who earned legend status as a solo artist and leader of the seminal 1960s art-rock band, the Velvet Underground, died on Sunday on his native Long Island after undergoing a liver transplant last spring.

His life and death marks the final breakage in a branch of rock music, separating the music's roots and early 20th Century influences through to the modern descendants, many of which are now genres of their own. Reed's career is one of the key jumping off points, without which there might not have been punk, glam, underground rock or even electronic music.

Wearing his dark, outsider heart on his leather-jacketed sleeve, Reed was a songwriter and performer of singular vision and unbending will. His influence on rock music remains profound today in spite of the failure of most of his records to ever sell in vast quantities. The Velvet Underground's four landmark albums placed the group as one of the most important acts of rock's most pivotal era even if no one at the time knew it. To a lesser extent, Reed's string of well-regarded but small-selling solo records -- the best of which include "Transformer," "Berlin" and "New York" -- continued the frustrating pattern. Reed's only brush with fame came with his lone hit record, 1972's "Walk on the Wild Side," which is almost a novelty and remains a kind of insurgent ode masquerading as a classic-rock radio staple.

No matter how Reed's records sold, however, it was his fierce desire to experiment -- pushing boundaries as well as buttons -- that made him a towering figure in rock music. If rock's leading lights of the '60s -- Bob Dylan, John Lennon, Paul McCartney -- could again be compared to the gods of Mount Olympus, Reed was an easy analogy for Hades: A menacing, alienated and undervalued deity but one every bit as powerful as his rivals. While Reed's contemporaries worked in the mainstream and occasionally dabbled in more challenging directions, Reed's work stood on the fringes and only sporadically crossed over to a mass acceptance. In the process, Reed's discography served as a powerful beacon to generations of songwriters and musicians who sought to break new ground, or at least act like they could.

Reed's interest in the dark side is easy to caricature and left him and his work open to salaciousness and distortion. He was frequently hailed as the bard of the New York's underbelly. His willingness to depict subjects ranging from drug abuse, moral ambiguity and the sexually taboo and deliver it with lyrical frankness and a deadpan singing style might have positioned him as being exploitative. Echoing a common theme, a writer on NPR.org crassly praised him for "his songs about hookers and junkies," but Reed's songs were more than just a kind of song-based pulp fiction.

Instead, Reed should be recognized and praised for his fierce artistry. His desire to meld his tunesmith's instincts with avant-garde sonics as well as his literary and poetic ambitions pushed his work to heights precious few could conceive of. Now, many try to imitate him or seek to replicate his methods. Like his former patron, Andy Warhol, Reed saw things everywhere that were worth of reflecting upon and never let boundaries -- musical, social, whatever -- hem him in.

Here's a selection of 10 songs that highlight in part Reed's achievements and the extent of his influence. Tune in on Tuesday for five overlooked and underappreciated Reed songs:

If there's a song that will be etched on Reed's tombstone or earned him a spot in the Rock and Roll Hall of Fame, it's "Heroin." According to legend, Reed wrote the song in college.

Recorded at the height of the hippie era, "Venus In Furs" stood in sharp contrast to psychedelia. A dark, twisted beauty.

"Sister Ray" is the Velvets at their most masochistic (and that's saying something). It's more of an outline of a jam than a proper song. The quartet play noisily and sloppily, but they someone make this grueling contest-of-wills exciting as listeners hear guitars, organ and Reed's vocal adlibs battle for supremacy. Note: There's some salty language in this song courtesy some hardly-veiled double entendres.

Reed's most perfect ballad. The music is delicate and romantic. Reed's singing is sweet, sincere and nakedly honest but never comes across as syrupy.

Reed's pop sensibilities shine on "Sweet Jane." The song's central chord progression is often aped today, but succeeded in making the song much beloved in music circles despite never being a hit.

"Walk On The Wild Side"

While "Walk On The Wild Side" became a worldwide smash, the scandalous lyrics made this song something of a grenade for radio program directors. It's a wonderful reflection of three of the more prominent characters in Andy Warhol's entourage.

A highlight of Reed's overlooked "Berlin" album. It's a song of dysfunction and broken relationships that leave no one unscathed. Note: Again, some salty language here.

A complicated song split into three parts and featuring a surprise appearance by Bruce Springsteen. Again, Reed is focusing on gritty tales of people on the margins, love and death.

The song is an angry, sarcastic reflection of New York (and American) decay during the late '80s. Reed's "New York" album rescued his career after years of less-than-stellar offerings.

Often covered and currently featured in a TV commercial, "Perfect Day" would seem too earnest and plainspoken in most other songwriter's hands. Like Dylan's "Forever Young," Reed spins a musical web and listeners fall into it despite its obviousness. Maybe because of it.

Honorable Mentions: "Waiting For The Man," "I'll Be Your Mirror," "All Tomorrow's Parties, "Rock & Roll."

Here's a recent, live version of "Sweet Jane" that was recorded for the concert film, "Berlin: Live at St. Ann's Warehouse." The movie, directed by Julian Schnabel, captured live performances in 2006 of Reed's early '70s album of the same name. This rendition of "Sweet Jane" is mellower and rich sounding but maintains the song's signature chord-changing bounce. Reed, too, looks comfortable and almost excited in his over-sized glasses.