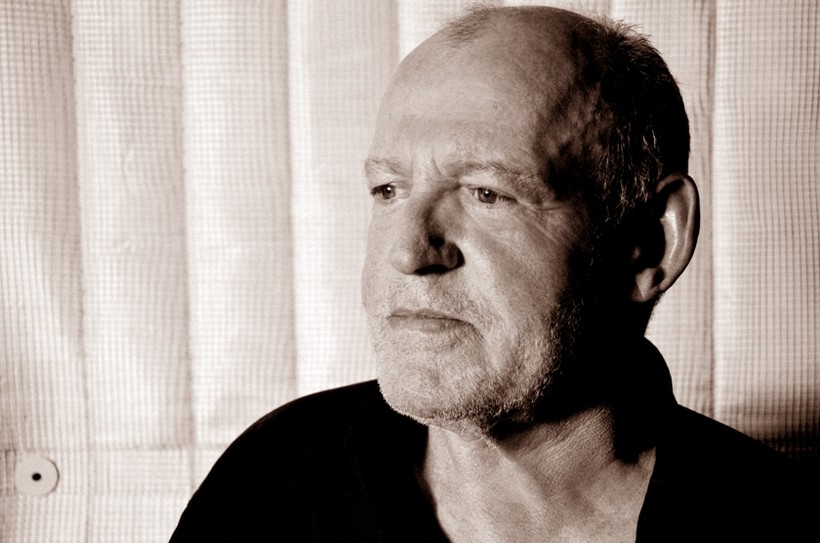 English Singer Could Be Master Interpreter Of Songs
By David Hyland
Share:

Like so many of the old-school R&B, blues and soul legends that the classic-rock generation idolized, Joe Cocker was a singer, first and foremost.

While many of his 1960s pop-music contemporaries became tunesmiths as much as performers, the English gruff-voiced Cocker transformed himself into a working-class torch singer and masterful interpreter of others' material.

Cocker died on Monday at the age of 70. His death came after a long battle with lung cancer, according to Sony Music, his longtime record label.

The Sheffield-born singer never achieved the kind of musical immortality of his pals in the Beatles or Led Zeppelin, but several hit records in three different decades and his idiosyncratic singing style -- famously parodied by John Belushi on "Saturday Night Live" -- established Cocker as a unique talent worth remembering beyond as a footnote in history. It was no wonder then that rock's leading lights were so often comfortable allowing Cocker to adapt their original songs.

While Cocker can be chiefly recalled for a trio of massive hits -- his cover of the Beatles' "A Little Help From My Friends," which was recorded at the 1969 Woodstock festival and became an anthem of the age, as well as two early '80s radio staples, "You Are So Beautiful" and "Up Where We Belong" -- his early recording output frequently showcased his skills as a musical omnivore. A child of the British folk-music/skiffle boom, his tastes expanded and deepened as he stepped out as a musician. This education paid off when he got behind the microphone. He added a deep soul influences to classic country material, melded country instrumentation to pop ditties or injected bluesy vocal attitude into soft-rock frameworks. His tastes knew no bounds but quality, and that allowed his renditions to popularize and open the doors to great songs that never landed on the charts.

The unarguable pinnacle of Cocker's career was his infamous "Mad Dogs & Englishmen" tour in 1969 and 1970, when he toured with a large, gloriously unwieldy ensemble of American roots-rock musicians including keyboard player Leon Russell, bassist Carl Radle, drummers Jim Gordon and Jim Keltner and sax player Bobby Keys. (Many of these musicians would subsequently go on to greater musical heights thanks to collaborations with the Rolling Stones, Eric Clapton and others.) The tour yielded a concert film and a well-regarded live album.

This period was renowned for its hedonism as well as the exquisite blending of American musical influences, such as big-city blues, church-ified funk, old-time country and Southern gospel, into a potent musical gumbo, all with Cocker as frontman. Another of Cocker's best-known hits, "Feelin' Alright," dates from this period. This sound and the group's approach would become seminal to many '70s superstars. (For example, Mick and Keith were clearly paying attention).

Two songs that date from this era are the perfect distillation of Cocker's contributions to pop music, "The Letter" and "She Came Through The Bathroom Window." Although both songs are usually in rotation at any classic-rock radio station, neither will likely find their way onto Cocker's tombstone, and that is a crime.

For "The Letter," Cocker demonstrates how he and Russell, his then-band leader, could completely re-engineer a song. The track, originally made famous by the Box Tops in 1967 and sung by future Big Star mastermind Alex Chilton, was a perfect vision of '60s West Coast, Wrecking Crew-style pop. Chilton's vocal delivery is gravelly and his enunciations are punchy, but the driving drumbeat and sweep of the music is pleasing and nearly whimsical.

The Cocker rendition, which was recorded live during the "Mad Dogs and Englishmen" tour, is a full-flowered soul-music revival condensed into four and a half minutes. The song swings with a loose but flawless polyrhythmic attack and plenty of high-energy R&B bombast. Russell's boogie-woogie piano leads the musicians in the revelry and trails Cocker's mule-ing vocals. The piano invites Radle's funky bass, which draws in the other players into a romp that deftly stops on a dime for a terrific salvo of horn blasts. As the music swells and the excitement builds, a choir of sidestage angels join in and are again punctuated by horn hits from Keys and trumpeter Jim Price. Cocker might at times have been overshadowed by these well-oiled instrumentalists, but what singer wouldn't want this kind of energy pumping behind him or her. If iPod playlists had existed, a young Bruce Springsteen would have had this song on infinite repeat.

"She Came Through The Bathroom Window," however, is a kind of mission statement of what Cocker and Russell hoped to achieve. The song was recorded before the tour and at the beginning of the pair's collaboration. The track was included on the album "Joe Cocker!" and like the road band, features a stellar group of studio musicians grooving to an amalgamated Americana sound.

While the Beatles' version of "Bathroom Window" was a promising ditty, Cocker and company reconceive the song as an excellent homage to the country-rock craze that was then sweeping pop music.

In contrast to "The Letter," Cocker takes center stage and never surrenders the spotlight to his players. The song features garbled steel guitarwork from former Flying Burrito Brothers' "Sneaky" Pete Kleinow and six-string licks from latter-day Byrds guitar ace Clarence White. The mix of sounds -- backing vocals, playful piano lines and backbeat drumming -- are more controlled and tightly arranged, which allows Cocker more room to growl the lines with a veteran's experience as opposed to Paul McCartney's cute, boyish charm. Here, Cocker makes the music swing instead of just being taken for the ride.