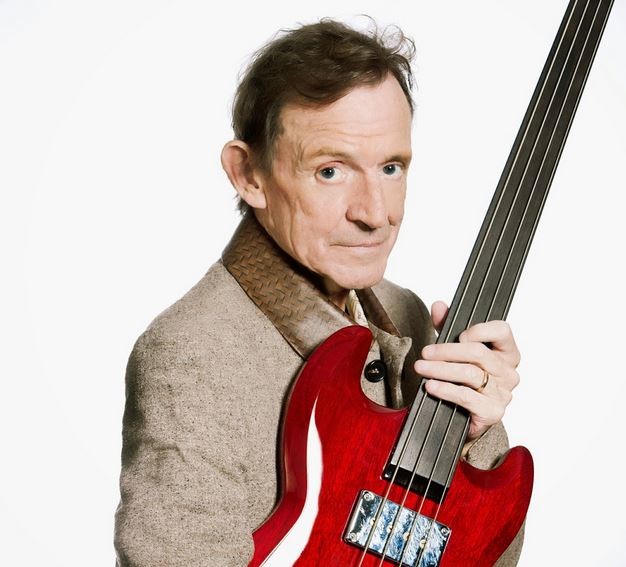 While journalists and fans alike have long appropriated the description of "journeyman" as a nickname for Eric Clapton -- chiefly because it was the title for Slowhand's tacky 1989 album -- the descriptor is really a better fit for Clapton's erstwhile and largely forgotten Cream bandmate, bassist Jack Bruce.

From the ashes of one of the 1960s biggest bands, the careers of Clapton and Bruce took wildly different directions. Clapton reached the rarified air of rock superstardom along with the Beatles, Rolling Stones and the Who and became a five-decade fixture on the stadium circuit, playing bland blues and light rock in an Armani suit. Bruce, however, was always a musical seeker whose talents were critical to Cream's meteoric success, but whose restless nature prevented him from bending to commercial concerns.

Bruce died on Saturday from liver disease. He was 71.

While Bruce had a long and varied music career, he will always be remembered for his achievements in Cream, the British blues-rock "power trio" whose music combined blues, jazz and pop and supplied many of the songs that became the soundtrack of the psychedelic era. In addition, Cream's aggressive sound offered a powerful blueprint for all heavy rock and heavy metal, which Led Zeppelin, Black Sabbath and all subsequent rock bands owe a sizeable debt to.

For his part, Bruce was crucial to Cream's music. With his bluesy yelp, Bruce was the band's first and best vocalist. At the same time, he was hollering into the microphone, Bruce's muscular, melodic basslines were both an excellent counterpoint and support network for Clapton's fretted pyrotechnics. It was Bruce's energetic control of the groove that tied Clapton's fancy stringwork to drummer/antagonist Ginger Baker's complicated attack.

Off stage, however, Bruce's influence was even more essential because he co-wrote most of Cream's signature hits, like "Sunshine Of Your Love," "White Room," and "I Feel Free," among others. Such were Bruce's gifts that one might argue that had Bruce played the guitar instead of bass, he would have become the band's breakout star instead of Clapton.

After Cream's dissolution in 1968, Bruce sidestepped a rock star's conventional solo career in favor of sonic adventures. He released solo records (his best being his debut, 1969's "Songs For A Tailor"), but he also maintained a long-term dalliance with jazz fusion that saw him collaborating with guitarist John McLaughlin, drummer Billy Cobham, keyboardist David Sanscious and others, over the years. Bruce was also comfortable being sideman. He played in jazz drummer Tony Williams' Lifetime -- the pinnacle of his jazzhead pretensions -- and did sessionwork for Frank Zappa’s "Apostrophe" and Lou Reed's dark masterwork, "Berlin." He also toured as a member of Ringo Starr's All-Star Band in the mid-'90s.

With little popular success, the legacy of Cream hung over Bruce. To his discredit, he did attempt to revive the spirit of Cream at least twice. First in a blues-rock trio in 1970s called West, Bruce & Laing, which featured Mountain's Leslie West and drummer Corky Laing. The second was in the early '90s with BBM, a new collaboration with Baker and Thin Lizzy guitarist Gary Moore, who played in Clapton's stead. Bruce and Baker had always seemed most eager to resurrect Cream, but Clapton's lofty solo career allowed him to avoid the reunion pitfalls.

Cream reunited twice -- one short set when the group was inducted into the Rock and Roll Hall of Fame in 1993 and then brief residencies in New York and London in 2005. In terms of the 2005 shows, these were largely attempts by Clapton to assist his former associates, given both men's precarious health.

Here's a compilation of some of Bruce's best-known compositions and/or brilliant performances:

Cream "Sunshine Of Your Love"

Jack Bruce "Never Tell Your Mother She's Out Of Tune"

Lou Reed  "How Do You Think It Feels"