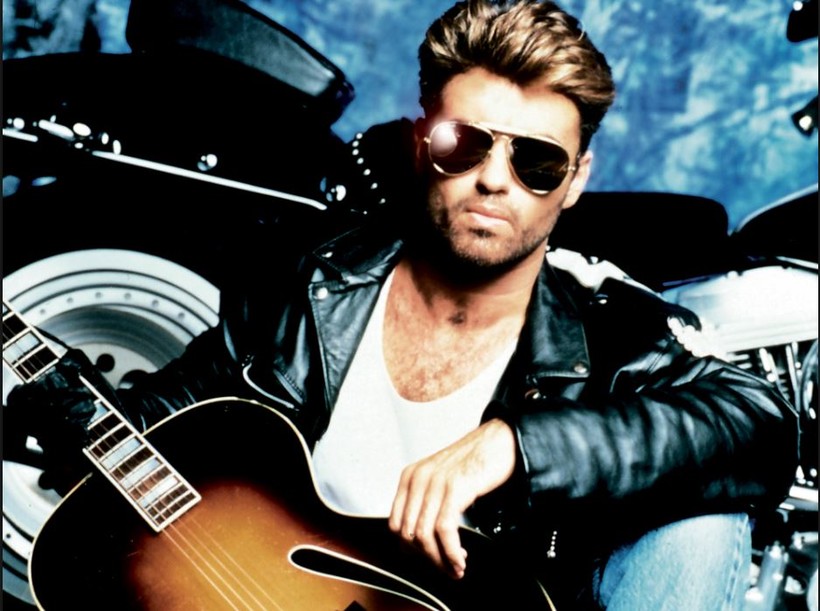 George Michael never looked the role of a musical freedom fighter. Between his Adonis-like features, his stylish, camera-ready wardrobe and his devotion to dance music, he appeared to be the kind of pop star keener to keep the party going rather than tear the whole proceeding down.

And yet, Michael was more than surface appearances and he once demonstrated as much when, at the height of his fame and with remarkable bravery, he once stood up for artistic purpose and threatened to dismantle the pop-music machine that had built him and so many others into global superstars. And he did it with the most unlikely of tools: a hit song.

This fact has been overlooked in many of the obituaries penned since it was announced that Michael passed away on Sunday in England. He was 53 years old.

Although Michael's fame had faded considerably since his commercial peak in the 1980s and he had been involved in several unfortunate legal and tabloid run-ins in the years after, fans and rubber-necking observers shouldn't overlook a song like "Freedom! '90" among his bevy of chart-topping hits. In music history, there remain few examples of an artist like Michael who took a creative stand despite the risks and made a definitive work that redefined their career and surprisingly diminished all that came before it.

One might be hard-pressed to place Michael, a star from a largely disposable pop age, next to a titanic figure like Marvin Gaye, but the comparisons are apt. Like Gaye, Michael became a pop star with both hard work and good genes, but plenty of industry connivance and business acumen. In the 1960s, Gaye was the product of Berry Gordy's Motown factory that was conceived as an enterprise that spat out ear-candy-selling musical sensations.  The performers were a commodity, their job was to push product and artistic impulses were left to the background or exiled behind the curtain.

Similarly, Michael hit it big in the early/mid-'80s through crafty marketing of sugary singles to the teenage demo as the handsome frontman for dance-pop duo Wham!. Michael's celebrity rocketed higher still when he went solo and enjoyed a volley of hits like "Father Figure" and of course, "Faith." That song, the title track from his solo debut, featured a wildly popular video on MTV in which Michael provided an edgier, unshaven update to Elvis' stage act. Wearing a shiny leather biker jacket and an oversized cross earring, Michael was a musical force of nature. He lip synched, strummed a hollow-body guitar and handclapped around a refrigerator-sized jukebox, with some strategic backside shaking that the camera leaned in on instead of shooting him from above the waist as it was back in Presley's day.

Michael was now among pop's pantheon alongside Michael Jackson, Prince and Madonna. The only problem was that, like Gaye before him, Michael didn't want it anymore.

In the late '60s, Gaye's growing artistic ambitions led him to step back from Gordy's dream world for something that Gaye felt was truer, more boundary-pushing and a powerful creative statement. The result was "What's Going On."

Likewise at crossroads, Michael had decided by the fall of 1990 that he wanted out from the self-imposed rat race and overindulgent celebrity culture.  (One could also speculate that Michael's evolving ideas about his own sexuality were also at play in his mind.) Throwing down the gauntlet, he composed a whopper of a pop song to serve as both new product, but also as a restatement of his commitment to creativity and emancipation from the corrosive effects of fame and the music industry's darker impulses.

That song, "Freedom! '90" is an unmistakable statement of purpose. Pop stardom and the golden cage of fame held little appeal for Michael at this point and his view comes out clear in the lyrics. What's really remarkable is the music. Straddling the end of the hedonistic 1980s and the dawn of the austere '90s, "Freedom" emphasizes musicality in place of overly slick production. No church choruses, no guitar solos, no instrumental excess. Instead, listeners get a funky, driving polyrhythmic sweep and masterful piano work as the pied piper for this march. The song is also a showpiece for Michael's vocal range, with him demonstrating runs that have him crooning, cooing and howling like a soul singer at a revival meeting.

The song is a smash and yet never surrenders its integrity. This wasn't an insipid single designed by a team of hack songwriters even though it's little wonder why this became another hit for Michael. With the fullness of time, "Freedom" can now be seen as a classic and a defining work for both the performer and the time.

Of course, while Michael was intent on expressing grand ideas about his person and creative future, he and his advisors were also still savvy in the ways of MTV programming. If Michael wanted to demolish his image and was going to sit out a video for a sure-to-be hit, they still needed someone to sell the song.

First, they drafted an upcoming director, David Fincher, to oversee the whole enterprise. Before becoming one of Hollywood's gritty visual auteurs thanks to flicks like "Seven," "Zodiac" and "Gone Girl," Fincher was part of a generation of filmmakers who cut their teeth as music video directors. He imbued the "Freedom" video with a unique look built on contrasts: Images of beauty and lit color thriving amid squalid scenes of bored isolation and elegant decay.

To hammer home Michael's message, Fincher could count on plenty of exciting visuals like detonating that infamous jukebox or immolating his leather jacket from the "Faith" video. But even if that was a little too much on the nose, they still needed some sex appeal.

So, in a move entirely appropriate for the heights of the consumer era, they hired a bunch of scantily clad supermodels. The inclusion of Cindy Crawford, Naomi Campbell, Linda Evangelista, Christy Turlington and anonymous male models gave Fincher's camera something to ogle, but also unconsciously bid a glorious adieu to an age that was already overripe and ready to expire.

In the end, MTV and subsequently, audiences were very pleased with the finished product.

Michael, as it turned out, was the accidental prophet for the revolution to come. In a matter of months after the single's release, Nirvana, grunge and alternative rock would overturn much of the pop world's established order and for a time, marginalize much of what pop acts and the industry's moneychangers cherished. Glamour images and careerism wouldn't entirely fade from the music scene. They would be relegated to the backseat in favor of artists who emphasized authenticity and artistic integrity. This change of affairs was so dramatic that one can't help thinking that Michael found this satisfying.

"Freedom! '90" wasn't the catalyst for all that came after it, but the timing was uncanny.  He was expressing a very personal, artistic statement in a time that suppressed such notions because it might mean bad business. Michael's musical declaration might be an unlikely, dance-able rallying cry, but its message was clear and as time would prove, universal in its appeal.