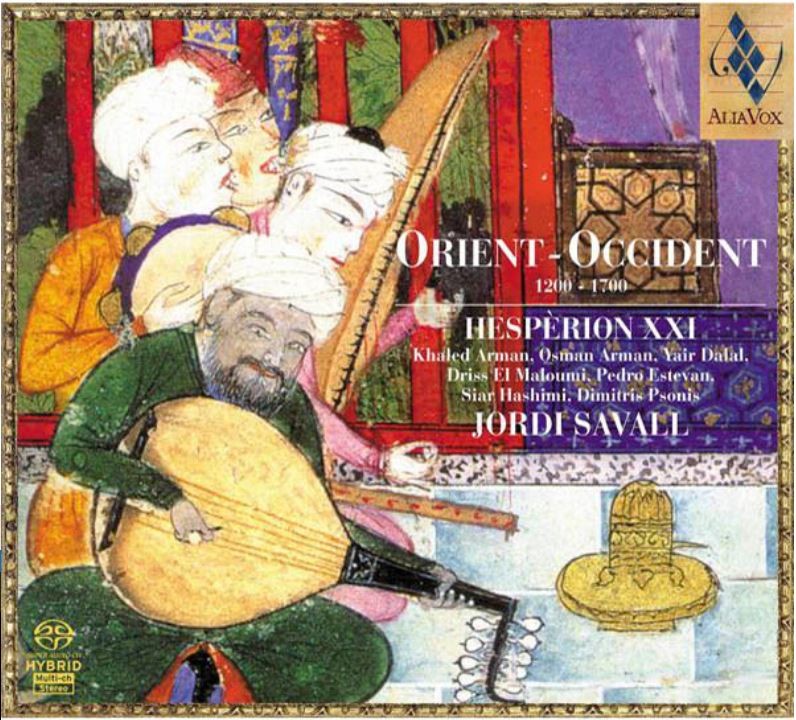 Ramadan, the Muslim holy month, began in May and while there isn't classical music specifically written for the occasion, it's nice to acknowledge it as we do many other traditional and cultural observances.

But what music to play?

The album, "Orient-Occident 1200-1700," includes music that was heard around the Mediterranean over several centuries, especially in Spain, where Sephardic Jews, Moors and Spanish Christians peacefully coexisted until the late 15th century and the fall of Islamic Spain to Queen Isabella I and King Ferdinand II.

The record includes a number of instrumental selections from early Moroccan and Turkish manuscripts produced by Muslim musicians. These highlight the sound of the oud, rubab, tabla, lyre, santur, rebec and vielle played by Savall's​​​​​​ ensemble Hesperion XXI.

The recording makes for fascinating listening, and the liner notes are equally compelling and meaningful: "Throughout this journey in time and space, we constantly find ourselves wondering whether the conflicts to which we have become accustomed are perhaps mere delusions, and the true nature of peoples and cultures is rather to be found in this dialogue of instruments, chords, cadences, expression and inspiration."

Listen to a musical excerpt from Morocco: