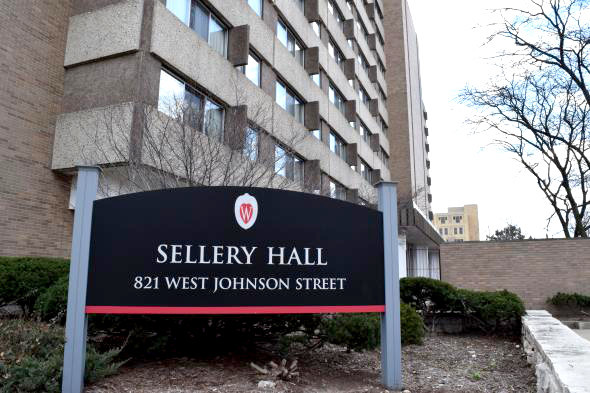 Students living at UW's Sellery Hall were involved in a recent racially-charged incident.

University of Wisconsin-Madison officials are responding to a racially charged incident last week in which a male student verbally assaulted and spat on a black female student.

The incident happened Saturday in the Sellery Hall dorm, where both students live. According to a student account of the encounter, the male student called the female student racial slurs, spat in her face and criticized her for receiving a scholarship to attend UW-Madison.

UW-Madison Chancellor Rebecca Blank released a letter to the community Tuesday announcing the university will hire at least two new counselors focused on campus climate and diversity, launch a pilot cultural competency training program for incoming freshmen next fall, and hold a campus-wide session in April to review the process for reporting incidents and for reprimanding student perpetrators.

Components of the plan were developed from listening to students, according to Lori Berquam, the dean of students.

This week, students of color and others, took to social media using the hashtag #TheRealUW to talk about their own experiences with bias and intolerance on campus.

#TheRealUW is wanting the same tuition from all students, yet expecting minorities to teach impromptu crash courses on racism free of charge

#TheRealUW is when a car full of white UW male students try to run you over on your way from the library, and yelling Ni*ger at you.

"It's very concerning," Berquam said of the Saturday incident and students’ stories. "How do our students feel safe if these types of behaviors are what they're experiencing?"

Junior Kemi Olukoga was one of the students posting using the hashtag. She said seeing others' stories prompted her to share her own, like the time she nearly hit by a car while waiting to cross the street.

"A group of white male students like blew the red light, jumped onto the curb with their vehicle, flipped up their middle finger and called me the n-word," she said. "And I had to like, jump out the way."

The next day Olukoga said she walked into a lecture class and realized there were no other women of color in the room. Feeling overwhelmed, she left and spent the rest of the day in her dorm room.

She said additional counseling staff could help others going through similar experiences, but added the university’s plans will only be meaningful if they remain a focus once recent events fade from the spotlight.

Sophomore Quintin Kuo said moving to Madison from the racially diverse community of Pasadena, California, was a culture shock.

"I remember teaching a few students in my dorm why you shouldn’t use the word 'oriental' to describe Asian people," he said. "But it wasn’t out of a place of hatred that they were using that word. It was just because they didn’t know better. But recently things have gotten more heightened. It feels like there’s been a lot more attacks or (a feeling that) 'if you don’t want to be here, why don’t you just leave?'"

Berquam, the dean of students said, the new training material will aim to build more understanding between students of different backgrounds so students of color don’t have to bear the burden of being the ones to educate their classmates.

"Many of our students come from small towns that are smaller than their residence hall and we ask them to be part of this new community," she said. "And giving that community some context. And developing skills so everyone can operate in this new community in a better, more inclusive, welcoming way."

Racially charged incidents aren’t new on campus, said junior Hiwot Adilow, who knows the student who was assaulted on Saturday. She wishes some of the proposed changes had happened earlier.

"No one changed, or taught her incoming class how to be better people," she said.

Saturday's was the third racially or ethnically charged incident on the campus in less than two months. On Jan. 26, students taped a swastika and images of Hitler on the door of a Jewish student also living in Sellery Hall. On March 9, people in another UW-Madison dorm yelled a stereotypical "war cry" out a dorm room window at a Ho-Chunk elder who was on campus for a healing ceremony.

Madison isn’t the only prominent campus experiencing racial tension this school year; high profile protests at the University of Missouri and Yale University lead to faculty and administrator resignations.

Correction: The on-air version of this story identified the student suspected of pushing and spitting other students as white. He is not.