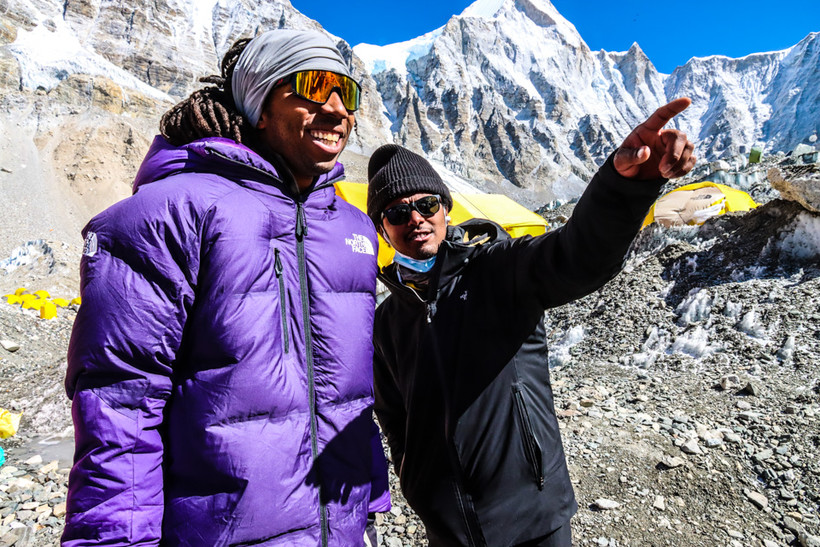 Eddie Taylor, left, and Manoah Ainuu (right) take in what is around them at the Mount Everest base camp. Photo courtesy of James Edward Mills

Madison author of book on the ‘Adventure Gap’ wants more representation for people of color in this field
By Jonah Beleckis
Share:

Mills, an author and documentarian, trekked with the team in May to the mountain’s base camp — which itself has an elevation of about 17,600 feet. He said the steep uphill climb to reach that level took nearly two weeks.

"The number of people that we met along the way is actually pretty remarkable," he said. "People literally from all over the world, from every continent (and) every nation show up at Everest base camp to celebrate mountaineering as part of an expedition tradition."

But reflecting on the team’s landmark journey now, Mills remains troubled by racial disparities that continue in climbing. He said the sport has a long way to go before becoming fully inclusive. Inequities in disposable income and leisure time continue to be common barriers.

In 2014, Mills authored a book called "The Adventure Gap: Changing the Face of the Outdoors" that addressed efforts to expand access to wilderness recreation for people of color. Nearly a decade later, he said more work is needed.

"There are still too few examples of (Black, Indigenous and people of color) achieving audacious goals like climbing Mount Everest," he said in an email. "The success of this expedition notwithstanding, it is the exception rather than the rule. It’s impossible to know when something like this might happen again. I just hope it’s sooner than later." 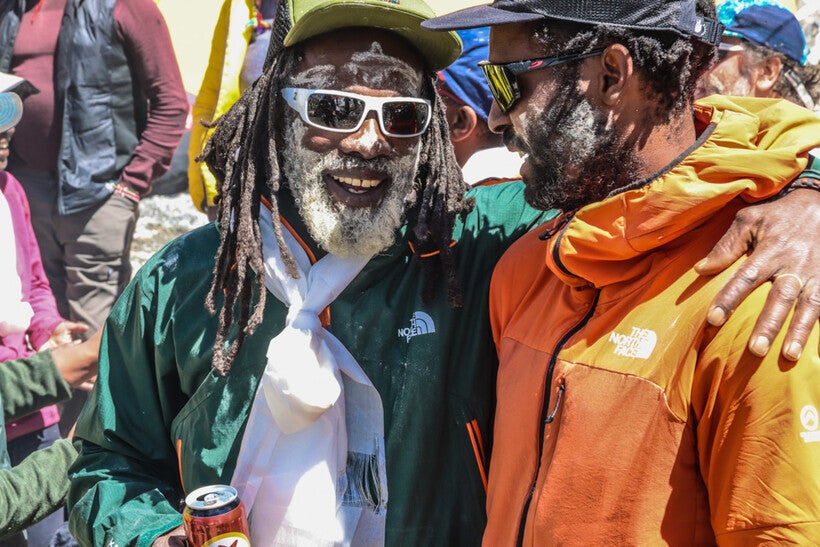 The Full Circle Everest Expedition roughly doubled the number of Black climbers to surmount Everest, Mills said recently on WPR’s "Central Time." He said it was the first time a Black American man made it to the summit. Previously, only a Black American woman, Sophia Danenberg, had completed the expedition.

Reaching the summit of Mount Everest helps expand representation, Mills said. People of color can see those who look like them and are from their neighborhoods in ways they haven’t before.

"Expeditions like this basically allow us to now thread a line that goes from the depths of the ocean to the heights of the tallest mountains," he said. 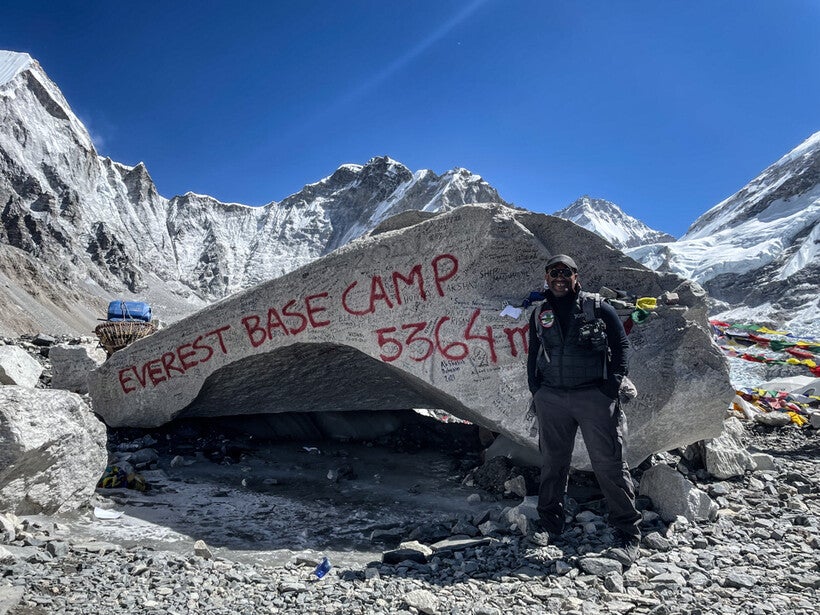 He said it is important to acknowledge and thank the often-overlooked Nepali Sherpa people for their cooperation, support and physical labor in the journey.

Mills doesn’t think everyone needs to climb Mount Everest. Someone can see these stories and use them as inspiration to be active in the outdoors near them — be it Devil’s Lake, the UW Arboretum, the Ice Age Trail or another outdoor space.

He said his 2014 book tried to engage and inspire the next generation of people of color to venture into activities such as altitude mountaineering. Since then, he said "quite a few new climbers" have joined the field. 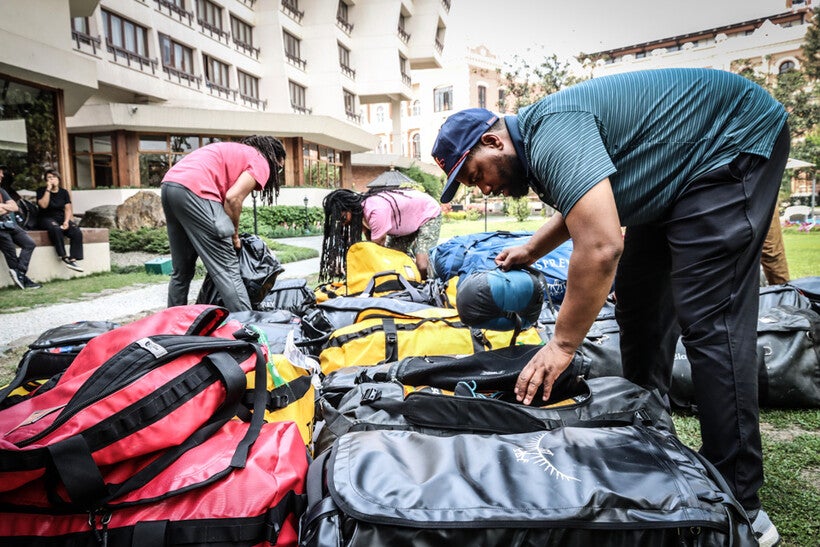 After the high-profile deaths of Black Americans in 2020 including George Floyd, Breonna Taylor and Ahmaud Arbery, Mills said it is important to share positive stories of Black excellence.

"That is to encourage more people who are underrepresented in certain aspects of our society to reach to the highest heights," he said. "And what higher height is there than the summit of Mount Everest?"

Mills said he is working on a new book about Black history in the National Park Service. Black people have always played a role in outdoor recreation and conservation, he said, but they haven’t always been adequately represented in the parks as visitors, rangers, guides, naturalists and scientists. 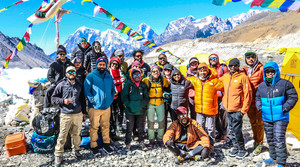 First Circle Everest Expedition led the first, all-Black team to the summit of Mount Everest this year. A member of that team joins us to talk about the experience and the racial disparities that exist in outdoor spaces.