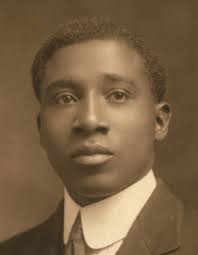 In 1930 R. Nathaniel Dett was composer and conductor for the Hampton Institute near Hampton, Virginia. The Negro school had just changed its name from Hampton Normal and Agricultural Institute, and the choir that Dett led to Europe that year would go even further to change the school’s image.

On April 21, en route to New York, the forty-voice choir sang for President Hoover on the White House lawn. Two days later, they were sailing third-class aboard the French steamship De Grasse. Their fellow passengers took the choir to be some kind of flamboyant “Negro show.” In his account of the tour, Dett told of how the singers broke the stereotype and set them straight.

“None drank wine, spoke dialect, or indulged in gambling,” he wrote. “These young people were reserved in their dancing, orderly at games, unobtrusive at meals, and friendly to strangers without making advances.”

The other passengers nonetheless expected them to sing current popular songs or “characteristic race tunes,” such as “Ole Man River,” but when the choir agreed to sing for the passengers as a benefit for the Marine Welfare Society, they did so without deviating from their more classical repertory.

During a six-week tour of seven countries, the choir performed for British Prime Minister Ramsey MacDonald and sang at Queen’s Hall and Royal Albert Hall. In Paris they made two recordings for the Pathé Talking Machine Company. They performed in Berlin and Vienna, where a reviewer compared them to the best Viennese choirs.

In Salzburg a former choral director and orchestra conductor offered to show the choir around the city. In the Salzburg Cathedral, where a number of people were praying, their guide said, “You may sing, but please don’t sing any jazz.”

The choir sang an Ave Maria in Latin.

“That is a most beautiful Ave,” said the guide, “but I don’t believe I ever heard it before. Whose is it?”

As soon as they were outside, Dett whispered, “Mine!”