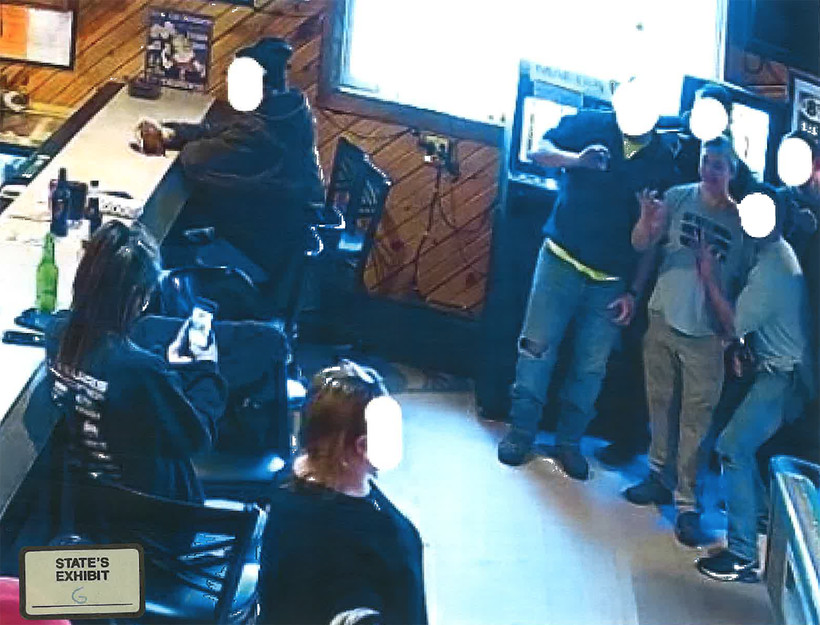 Kyle Rittenhouse, right, and other adult males flash the “OK” sign, in photos, which prosecutors say has been co-opted as a sign of “white-power” by known white supremacy groups. Photo from Kenosha County Assistant District Attorney Thomas Binger's motion

Prosecutors are asking that the bond conditions for Kyle Rittenhouse be modified after photos surfaced of him displaying white supremacy hand signals in a Racine County bar.

Rittenhouse is charged with killing two people during an August protest. He posted a $2 million cash bond in November and is awaiting trial.

According to the motion, Rittenhouse was at a bar in Mount Pleasant with his mother and several other adults wearing a t-shirt that read "Free as F---" on Jan. 8 where he consumed three beers in about 90 minutes. 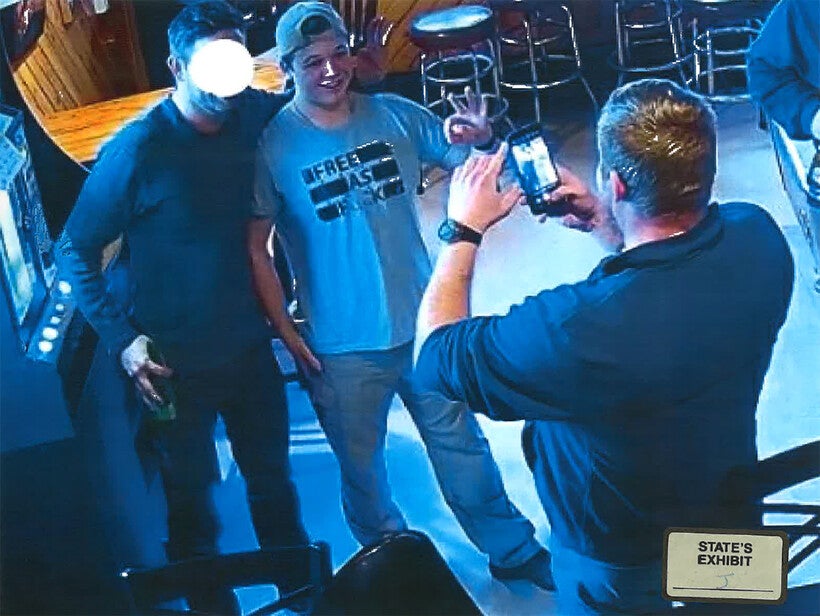 Rittenhouse turned 18 on Jan. 3. In Wisconsin, people under 21 can consume alcohol when supervised by their parents or guardians — although it as at the discretion of the establishment.

Rittenhouse and other adult males flashed the "OK" sign in photos, which prosecutors say has been co-opted as a sign of white power by known white supremacy groups.

"Within a few minutes of entering the bar, the defendant was loudly serenaded by five of the adult males in his group with the song 'Proud of Your Boy,' which is an obscure song written for the 1992 Disney film 'Aladdin,'" the motion reads. "The violent white supremacist group called the 'Proud Boys' was named after this song, which is sung by its members as an anthem and for self-identification. The defendant then remained with these 'Proud Boys' for the entire time he was in the bar."

Rittenhouse’s attorney, Mark Richards did not respond to request for comment. Richards filed a response to the state’s bond modification Thursday. He said Rittenhouse does not object to not consuming alcohol or going to establishments that serve alcohol. But Richards said Rittenhouse is not or has never been a member of a white supremacist group.

"The state has done an extensive search of all of Mr. Rittenhouse’s social media as part of its investigation in this case. Upon information and belief, no information linking Mr. Rittenhouse to the listed organizations has been found," the defense motion reads.

The court has not set a date to hear the bond modification request.

Rittenhouse was charged in Kenosha County in August with multiple counts, including homicide, endangerment and being a minor in possession of a firearm. Prosecutors allege Rittenhouse killed Joseph Rosenbaum and Anthony Huber and wounded Gaige Grosskreutz during a protest Aug. 25 over the police shooting of Jacob Blake in Kenosha.

On Jan. 5, Richards entered not guilty pleas to all counts. A pretrial conference for the case will be held March 10 with Judge Bruce Schroeder.