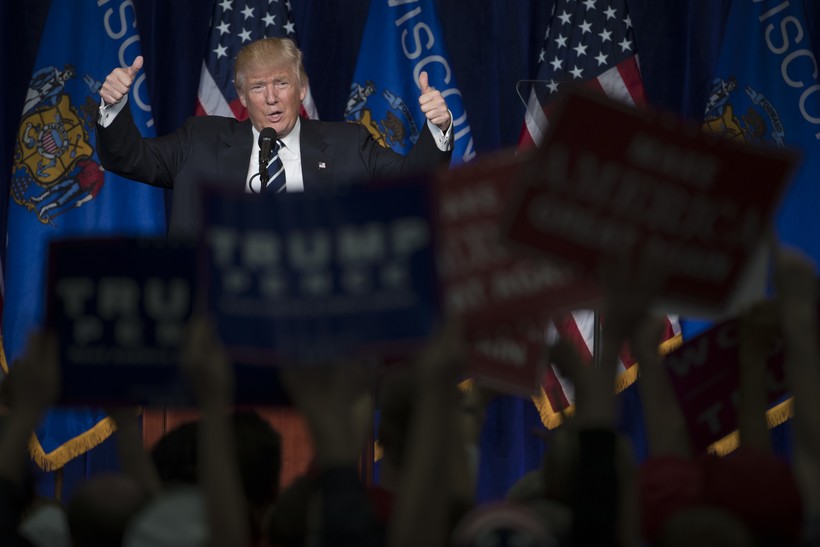 Presidential candidates wouldn't be allowed to hold campaign rallies in Wisconsin if they have unpaid bills for past events in the state under a new proposal from Democratic state lawmakers. The bill was circulating for cosponsors Monday, the day before President Donald Trump's Milwaukee re-election event.

The legislation was introduced by Reps. Jodi Emerson, D-Eau Claire, and Amanda Stuck, D-Appleton, and Sens. Jeff Smith, D-Eau Claire, and Chris Larson, D-Milwaukee. It would allow municipalities to charge presidential and vice presidential campaigns estimated security and sanitation costs up front. It would also block local governments from issuing event permits if they have evidence a campaign has outstanding bills in other parts of the state.

In an email to state legislators, Smith said the Trump campaign still owes the city of Eau Claire $47,398 for costs associated with a 2016 campaign rally. He said Green Bay is still owed $9,380.

"Before President Trump or any of the other presidential campaigns come to Wisconsin, they should pay their bill if they expect to hold events for the voters," wrote Smith. "Candidates need to compensate taxpayers before holding any more events and should be expected to pay upfront to ensure this doesn’t happen again." 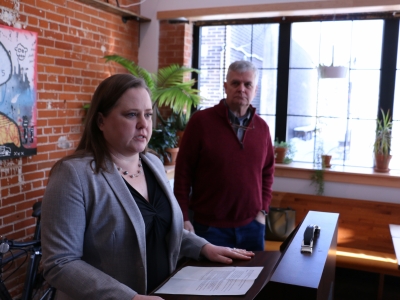 Emerson said while she was working for a local nonprofit, the group had to pay costs associated with a charity run before the event was held. She said rules for presidential campaigns should be no different.

"And Wisconsin is going to be a hotbed for presidential campaigns this year," said Emerson. "We know we’re going to see more campaigns, more candidates, more people coming in and talking about. So, we need to make sure that they are paying their bills. They’re getting millions of dollars in donations. They need to pay their bills."

At the press conference, Smith said the bill is about creating a statewide standard ensuring presidential campaigns don't benefit from events when they still owe money to local governments.

"We have a candidate, currently occupying the White House, but a candidate, who is going to be in Milwaukee for a rally and we really ought to have insisted that he pay those bills before he's allowed to have that sort of campaign rally again," said Smith.

Eau Claire City Council President Terry Weld said he's supportive of the idea that campaigns should be required to pay unsettled debt before holding new rallies. He said some municipalities in Wisconsin are considering local ordinances to make that happen but having a statewide standard would be better.

"It's a lot of money for communities," Weld said. "But moving forward, obviously having something in place that is throughout the entire state not just specific communities is easier for us."

With the state Senate and Assembly under Republican control, Emerson and Smith said they're unsure whether their bills will get a hearing this legislative session.