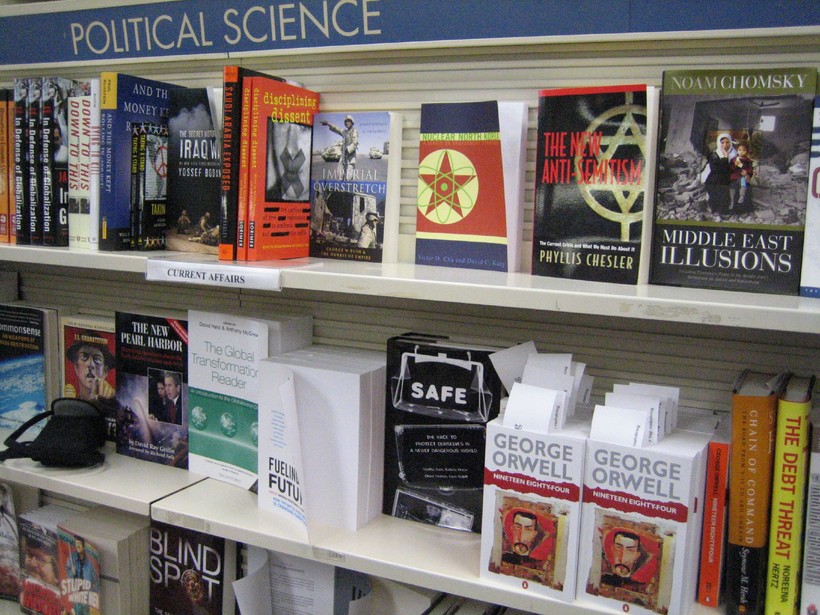 As George Orwell’s dystopian novel "1984" recently hit the bestseller lists again, scholars are associating its resurgence with the state of current affairs in American politics.

Orwell, who wrote the book in 1948, looked at a society where facts were distorted and ideas were suppressed. He imagined a post-Atomic age where the total control by a small group of power-hungry leaders could crush critical thinking.

He was thinking about what the future might look like, said Gerry Canavan, an assistant professor of English focusing on science fiction and fantasy fiction at Marquette University.

"'1984' is this powerful statement about the importance of truth and memory, and what happens when you lose a sense of that shared consensus reality, which is what’s happened to America to a large extent over the last 16 years or so," Canavan said. "We’ve really split into at least two nations, everybody getting their own facts."

In this era of fake news, "clickbait" and media outlets lining up on the left or right of the political spectrum, Canavan can see why readers would find relevance in Orwell’s work nearly 70 years after it came into the book world.

"That feeling of loss and disorientation, I think, has drawn people back to that book," Canavan said. "What happens to a country that can’t know what is true anymore?"

Canavan points to concepts in "1984," like doublespeak, the blind acceptance of contradictory truths or ideas, that seem to speak to what is happening inside the Trump administration with the rise of "alternative facts."

An even more noticeable spike in "1984" sales came after Trump adviser Kellyanne Conway used the term "alternative facts" while defending White House press secretary Sean Spicer's false assertion that Trump had the "largest audience ever to witness an inauguration."

The surge in popularity of what Canavan calls a "timeless story," isn’t a surprise to him, but he doesn’t think readers are searching it for answers to today’s political climate.

"It’s more about inhabiting your unhappiness about the Trump election and wallowing in that feeling of helplessness now that everything went a different way than they were expecting in November," Canavan said.