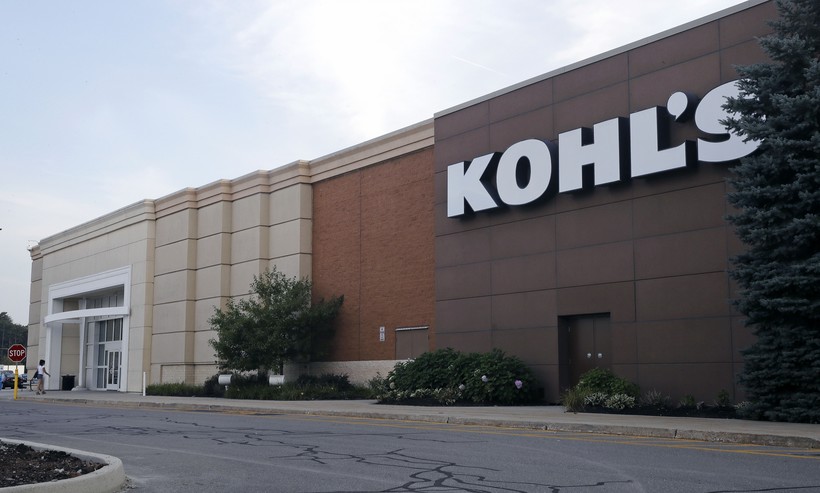 Activist investors seek to take over company board
By Christine Hatfield
Share:

Kohl's Corp. said it's still working with would-be buyers of the company, as tensions continue to mount over the future of the department store chain.

On Monday, Kohl's said in a statement the financial advisor group Goldman Sachs is coordinating with certain bidders "to assist with further due diligence so that they have the opportunity to refine and improve their proposals."

Last month, the company outright rebuffed the offers it had received up to that point, saying those offers didn't properly reflect the value of the chain. According to Reuters, Acacia Research Group offered $64 a share for the business, while Sycamore Partners prepared an offer of $65 a share.

Hart Posen, a professor of management and human resources at the University of Wisconsin-Madison, said while concerns of negative effects from a buyout aren't unfounded, he sees it as a positive story in an industry that has had few positive stories in the past decade.

Activist investors such as the hedge fund Engine Capital have pushed back against the Kohl’s board’s decisions, saying shareholders should be the ones to make a decision about a sale of the business. Engine Capital last year called for the company to consider spinning off its e-commerce business.

Posen said that would be "the mistake of the century," and that such a move would come from an outdated mindset.

"Folks saw brick and mortar competing, as competing with online," Posen said. "Now the best players don't see that, they see this as an omnichannel thing where the online and the brick and mortar have to work together."

The Milwaukee Business Journal reported Monday the bidders for the company include multiple private equity firms and companies backed by hedge funds, as well as Hudson's Bay Co., which owns the chain Saks Fifth Avenue.

Wisconsin Public Radio previously reported retail analysts said the approaches private equity firms would look to take with the company, such as selling the real estate it owns and then leasing it back, would emphasize short-term gains while creating more financial burdens in the long term.

"The jettisoning off of the real estate is just a financial thing," Posen said. "It will not help any core business problems."

The view from Menomonee Falls

Dave Glasgow is village board president in Menomonee Falls, where Kohl's is based. He said the company has had a profound impact on the village.

"They have been one of our biggest, most generous contributors to various causes," Glasgow said.

Glasgow said he hopes the business is able to stay where it is.

"It's sad for me to see what's going on," Glasgow said."I obviously hope the best, you hope everything works out, and they can settle down and get through all this, but they've just been nothing but a phenomenal corporate citizen in our area."

Kohl's employs roughly 4,000 people at its Menomonee Falls headquarters. It's not clear whether that would change if the corporation ends up under new ownership.

"You can't swing a chicken without hitting someone from, say, GE Healthcare or Kohl's in the area," Glasgow said. "That's how big they are ... As far as the community goes, they're a big player."

Posen said while it's "very hard to tell" whether Kohl's might move out of Wisconsin if it were bought out, he said he doesn't see the company's base of operations moving.

"There's a possibility that it will affect corporate operations in Greater Milwaukee, but I don't think there's any strong worry about that at the moment," Posen said.

Differing perspectives on the road ahead

Also up in the air is the future of the company's board of directors. Shareholders are set to vote on the makeup of the board at an annual meeting May 11.

The activist investment firm Macellum Advisors has offered a slate of nominees to take over the board, saying the chain has stagnated in sales while losing market share.

"Kohl’s has the potential to thrive in today’s evolving retail landscape," the letter reads. "(H)owever, we feel strongly that substantial change to the Board is required to turnaround the Company."

Kohl's, in announcing the shareholders meeting, called the move "unjustified and unwarranted." In a letter to shareholders, the company said Macellum's intentions for short-term financial gain could undermine the chain's future.

Company CEO Michelle Gass laid out the chain's plans for the future in a presentation to investors on March 7, including its intentions to pivot away from its current department store image.

"Kohl's is undergoing a significant transformation of our business model and brand to be the retailer of choice for the Active and Casual lifestyle," Gass said in a statement.

Posen said the "department store" term "connotes sort of this old-timey kind of thing" in an age where retailers need to be competing with Amazon and other online outlets.

The statement said the company is looking to open more than 100 new smaller stores in the next few years, grow its digital business and roll out its partnership with the beauty brand Sephora to more stores.

As of last year, Kohl’s Corp. employed around 110,000 people. While it missed expectations for holiday sales last year, the company forecasts 2022 sales and profits will come in above expectations.

Kohl's stock finished Tuesday's trading at $61.89, with the stock value having increased more than 16 percent in the last month.

Kohl’s management and Macellum have both set up websites sharing their respective thoughts on what the company’s future should look like from a shareholder perspective.