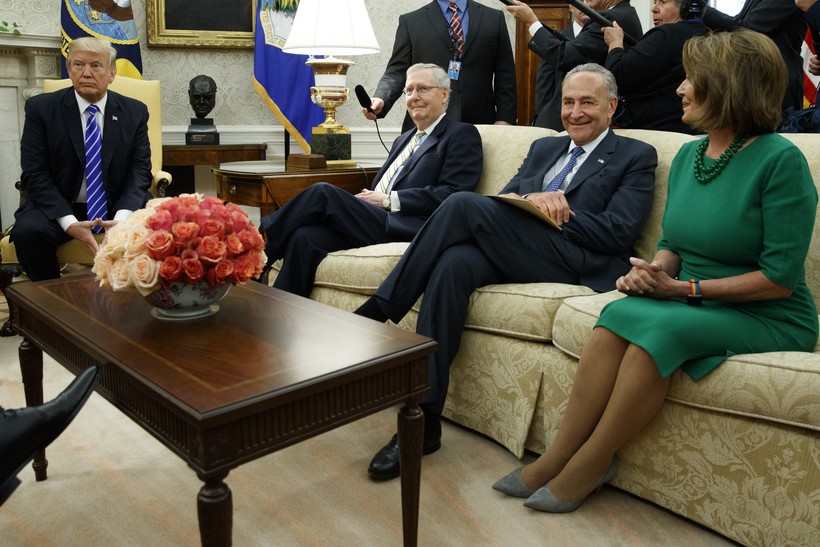 President Donald Trump has made a living branding himself as a deal maker.

And yet, Congressional Republicans were shocked last week when Trump endorsed a Democratic Party-backed deal to temporarily raise the nation's debt ceiling and provide hurricane relief money for parts of the southern U.S.

Then, just days later, Democratic leaders U.S. Sen. Chuck Schumer and U.S. Rep. Nancy Pelosi announced they were working on another deal with the president. This time, protections for young immigrants in the wake of his repeal of the Deferred Action for Childhood Arrivals (DACA) program earlier this month.

BREAKING: Schumer, Pelosi announce deal with Trump to protect young immigrants; will include border security, but no wall.

The bipartisan deals were unexpected after years of partisan gridlock. But will they work? Some are skeptical.

"His first attempt at bipartisanship was done basically on the spur of the moment and surprised Pelosi and Schumer as much as it surprised his own (Republican) colleagues (Senate Majority Leader Mitch) McConnell and (House Speaker Paul) Ryan," said political analyst and author Elaine Kamarck "And that is the problem here. The problem is not bipartisanship which everybody kind of likes and could get behind. The problem is that you never know what this president is going to do. So we don't know how long this little love affair with the Democrats will last."

Kamarck is a senior fellow in governance studies program at the Brookings Institution and the author of "Why Presidents Fail and How They Can Succeed Again." She said she’s glad that Trump might help save DACA, but she worries the deals could be seen as abandoning his base, a Republican Party that she says is already full of internal strife and might not want such a drastic policy shift.

"There is no problem with making deals. Except that he's so far out on so many issues that he's in a sort of lose-lose situation," she said. "I think there's a lot of people who voted for him who are going to have a different opinion and they're in the House, at least. They're not going to vote for a deal."

Some conservative Trump-backers were vocally unhappy about the deal, including conservative website Breitbart and cable-news commentator Ann Coulter. They accused him of softening his immigration stance.

Let's just tell @realDonaldTrump there was a hurricane at the border. Maybe he'll rush down there with FEMA and build a wall.

I'm happy to see the #Senate come together and pass emergency relief funding for #HurricaneHarvey & #HurricaineIrma.

But Ryan dismissed the DACA talks as "preliminary," according to the Washington Post.

"The president understands he has to work with the congressional majorities to get any kind of legislative solution," he said at a Capitol Hill news conference, according to the Post.

Some Democrats worry that Trump’s deal could come with changes in border security, which Trump said would be necessary for his approval.

No deal was made last night on DACA. Massive border security would have to be agreed to in exchange for consent. Would be subject to vote.

In a Thursday statement, Pelosi and Schumer said the president had agreed to support congressional action on DACA, but that the details were still up in the air.