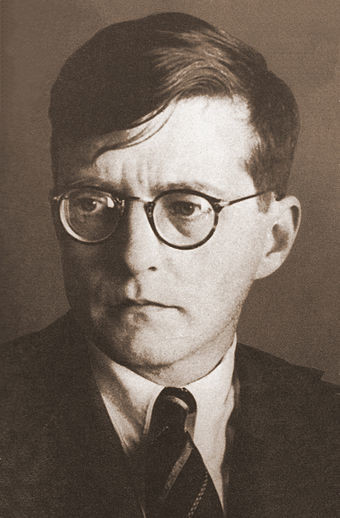 Russian audiences were cool to Dmitri Shostakovich’s Twelfth Symphony during its first performances in October 1961, and according to one account, they had good reason: It was a desperate last-minute substitute for a symphony that was too dangerous.

Shostakovich had long chafed under the restrictions of life in the Soviet Union and couldn’t resist writing a symphony that made subtle fun of Vladimir Lenin, the revered founder of the Soviet state. Lebedinsky tried to talk Shostakovich out of writing the satire, saying that such a symphony would be too dangerous and that audiences wouldn’t pick up on the joke anyway. Shostakovich, he said, replied with a Russian proverb: “He who has ears will hear.”

On the eve of the debut a desperate Shostakovich called him and asked him to come to Leningrad to hear the symphony, and, arriving at Shostakovich’s hotel, Lebedinsky found the composer pale and haggard.

“I’ve written an awful symphony,” Shostakovich said. “It’s a failure, but I’ve managed to change it.”

“The entire symphony. But we can’t talk anymore. My room is full of journalists and all kinds of strange people.”

During the ensuing media circus Shostakovich affirmed that his new symphony was indeed about Lenin. When they were alone again, he explained to Lebedinsky that three days before the debut he had gotten cold feet and had dashed off an entirely new symphony.

During the rehearsal Shostakovich held his friend’s hand and asked, “Is it really awful?

For the sake of Shostakovich’s mental stability, Lebedinsky lied and assured him that it was perfectly all right.

“No one must know what I told you about the history of this symphony,” Shostakovich declared.

The evidence neither supports nor contradicts his story of the three-day symphony.