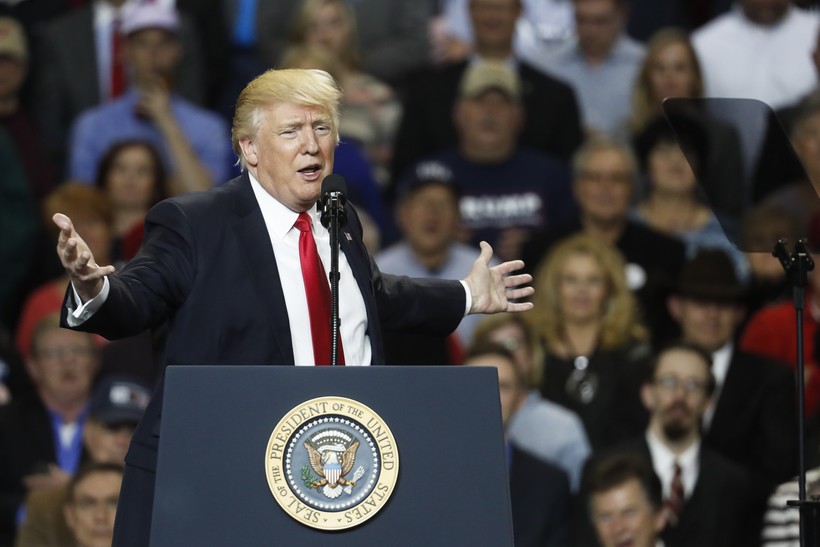 Charles Franklin, director of the poll, said that's unusual so early in a president's first term.

"No honeymoon at all," Franklin said. "We saw that in national data … less approval for him than for the least approved new president since World War II."

It is the first Marquette poll since Trump took office in January.

At a more local level, Gov. Scott Walker's approval rating is at 45 percent, little moved from where it sat in October.

The poll shows 45 percent of respondents approve of the job Walker is doing, while 48 percent disapprove. It was 42 percent in late October and 44 percent in early October.

The poll surveyed 800 registered voters between March 13 and March 16 and had a margin of error of plus or minus 4.4 percentage points.

A majority of Wisconsin voters surveyed say they want to keep the current national health care law in some form.

The poll asked what Congress should do about the Affordable Care Act, also known as Obamacare.

The Republican-controlled House could vote on the GOP health care bill as soon as Thursday.

The poll also shows 44 percent of respondents say money to pay for roads should be taken from other, unspecified programs. Another 35 percent say taxes or fees should be increased.

Walker opposes raises the gas tax or vehicle-related fees to pay for roads, while some Republicans are pushing for that to be considered.

Only 3 percent favor more borrowing, which Walker has proposed doing.

Franklin said the results show there is no consensus on the issue.

Editor's Note: This story was updated at 3:45 p.m. March 22 to include reporting from WPR's Chuck Quirmbach.