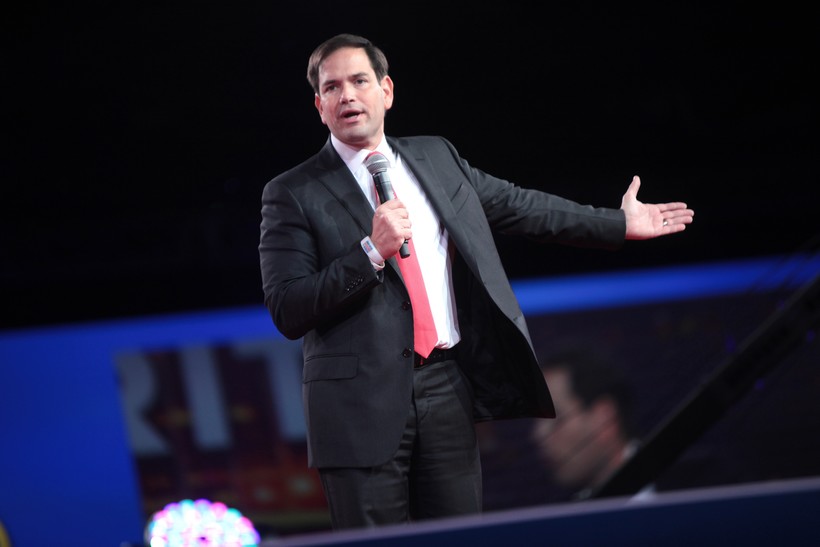 Trump Finished Third Among Those Who Say They'll Vote In GOP Primary
By Patty Murray
Share:

A new Wisconsin Survey shows that in the upcoming Republican presidential primary, one candidate in particular — U.S. Sen. Marco Rubio, R-Fla. — seems to play more favorably in the Badger State than nationally.

Among respondents who said they would "definitely" vote in the GOP primary in February, Rubio came in at 21 percent. This was 1 point over fellow presidential hopeful Ben Carson. Real estate mogul Donald Trump came in third. Rubio falls down the list among "probable" primary voters, where Trump takes the lead. The samples for each subset were small, meaning margins of error were large.

When the two groups are combined, Carson tops the pack, polling at 20 percent, followed by Rubio and Trump at 18 percent. The margin of error for that sample is plus or minus 6.4 points. (See infographic left)

Charley Jacobs, a political scientist at St. Norbert College — though he wasn't directly involved in the polling — said while Rubio is in the single digits nationally, he suspects Wisconsin Republicans see him as "stable" and a "centrist" voice.

"(Rubio is) one that can counterbalance the kinds of bombast you see from Trump and the kind of inexperience that, while often lauded by the public, also can serve as a disadvantage. And I think that's one of the liabilities that Carson is going to face," he said.

The survey polled more than 600 state residents over mobile and landline phones from Oct. 14 to Oct. 17. The margin of error for the entire polling group was plus or minus 4 percent.